McDonald's Corporation is the world's largest chain of hamburger fast food restaurants, serving around 68 million customers daily in 119 countries. McDonald's has for decades maintained an extensive advertising campaign. In addition to the usual media such as television, radio, and newspaper, the company makes significant use of billboards and signage, sponsors sporting events ranging from Little League to the Olympic Games, and makes coolers of orange drink with its logo available for local events of all kinds. Nonetheless, television has always played a central role in the company's advertising strategy. Now, let's take a look at some of the clever and creative ads by McDonald...

Giant paper napkins were used to promote McDonald’s largest hamburger ever, the Big’n'Juicy, in Stockholm, Sweden.

Transit shelter in Vancouver was turned into an ‘hourglass’ filled with coffee beans, reminding customers of the promotion’s short-term nature.

This cool billboard features a real sundial whose shadow falls on a different breakfast item each hour until noon, when the shadow of the McDonald’s arches are dead center.

Outdoor posters were turned into large interactive push puzzles that consumers could solve in order to “sort your head”. This was done to promote McDonald’s Large Coffee for only 1 Euro in Sweden.

Clever poster, with what appears to be fresh salad vegetables, changed a bus shelter into a section in the refrigerator.

Lamp post in downtown Vancouver became part of a clever optical illusion, appearing to pour coffee into a giant cup on the sidewalk. 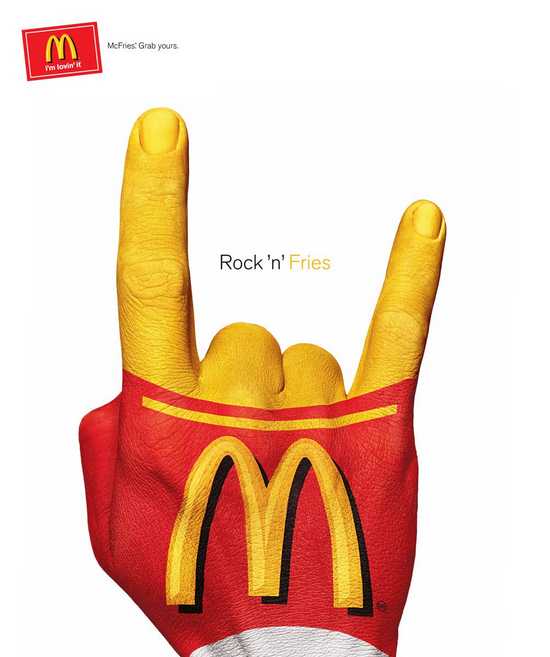 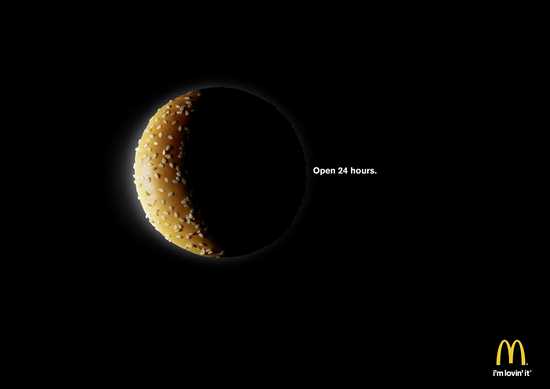 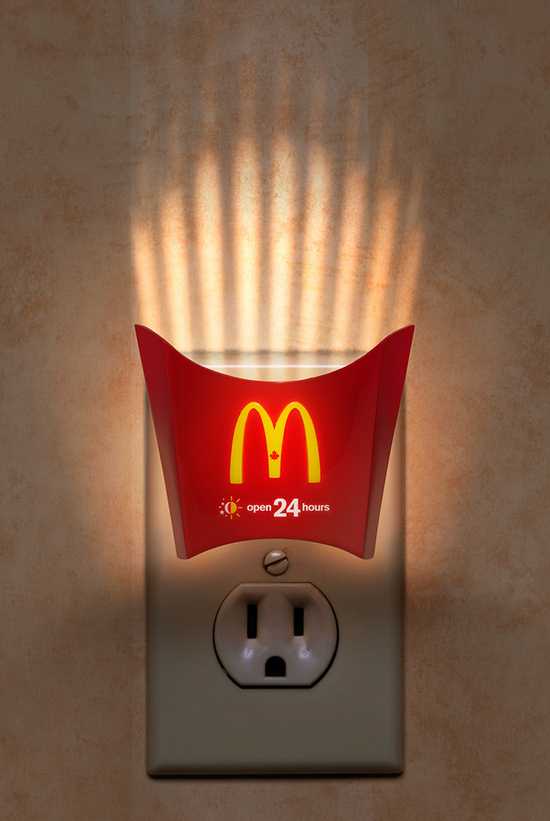 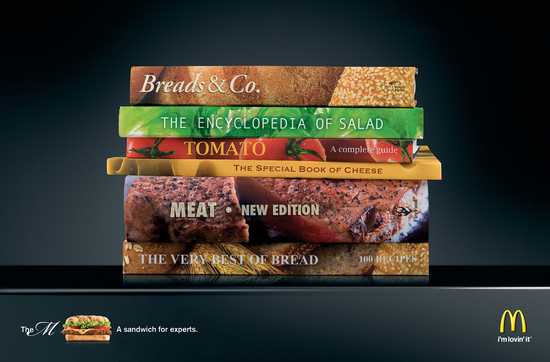 McDonald's - Come As Your Ads 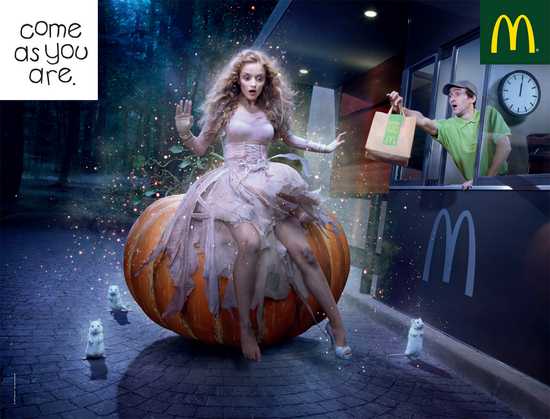 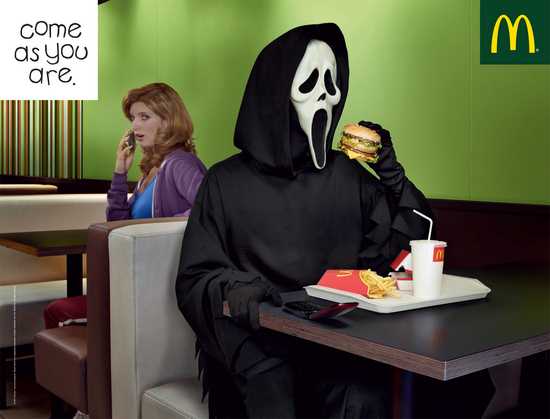 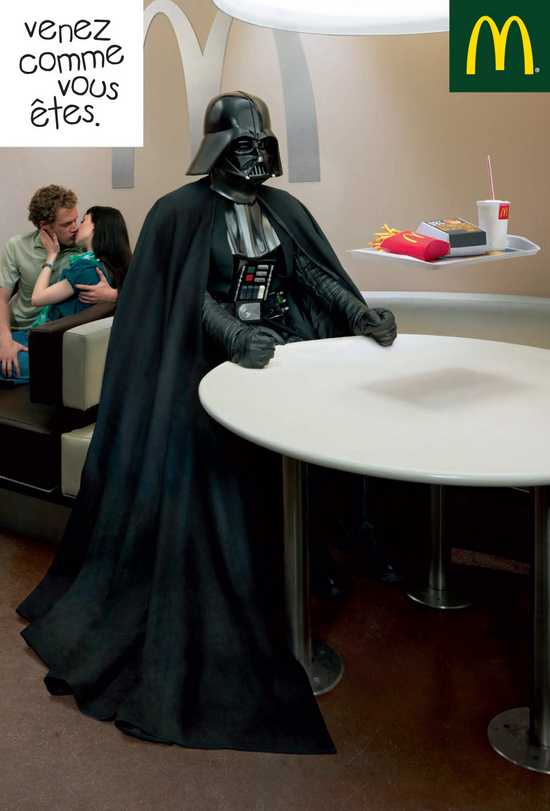 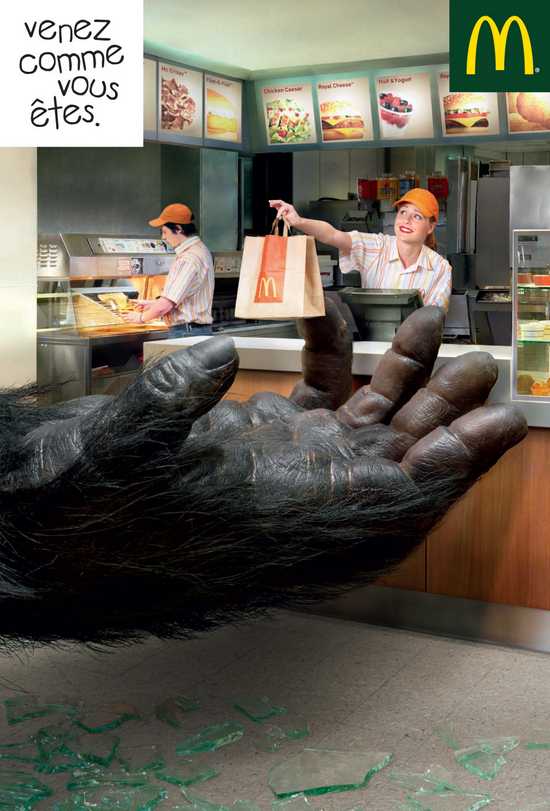 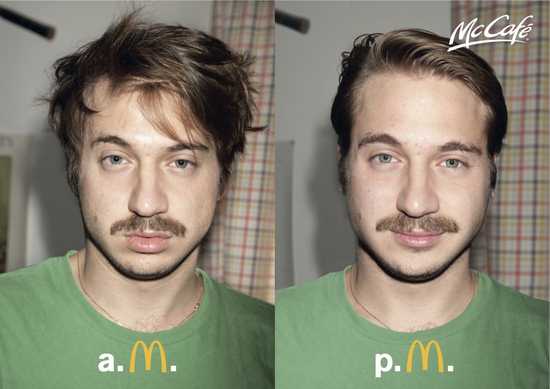 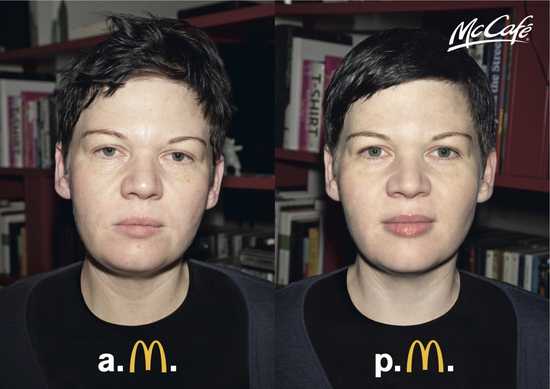 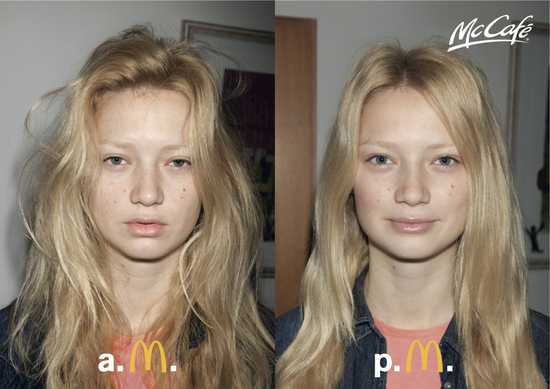 Here’s a new print campaign for McDonald’s in Israel. They’ve changed their menus and made them lighter in calories and fat. 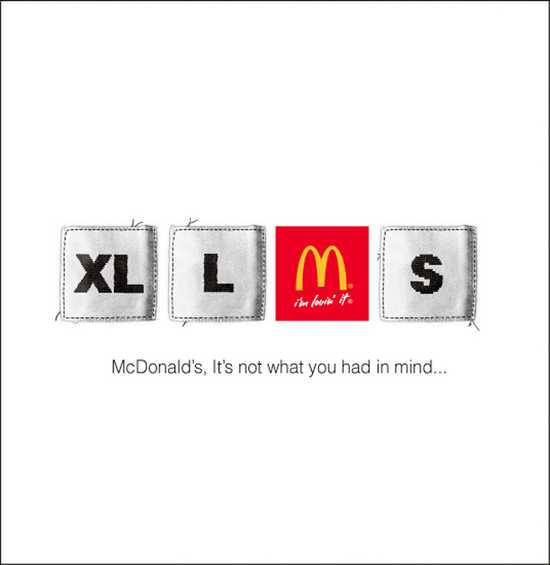 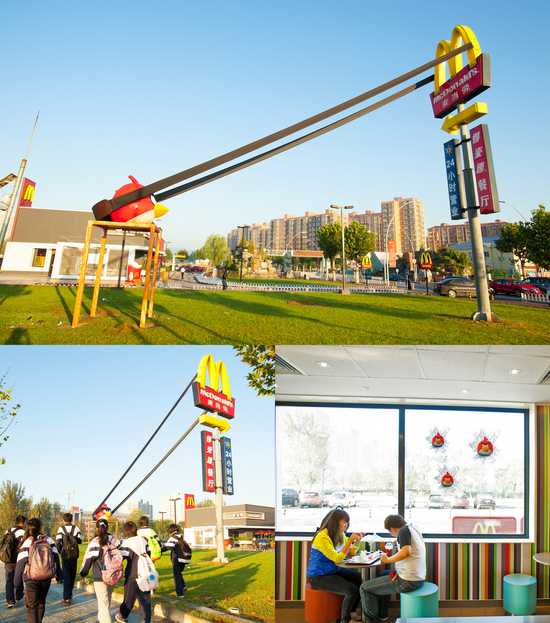 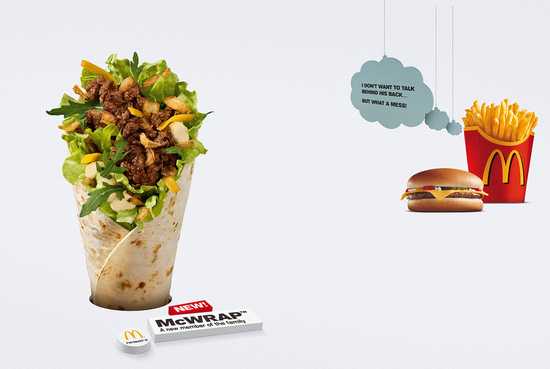 During the biggest public festival in Switzerland, the Zurichfest, McDonald’s is confronted with heavy competition by independent food stalls. So they needed something to catch the visitors’ attention. During the festival all official street markings like pedestrian crossings are taken out of function, this enabled McDonalds to reshape the pedestrian crossing in front of their restaurant into a portion of french fries. 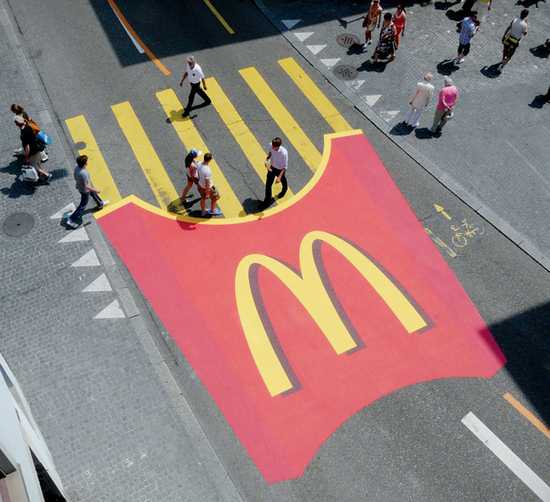 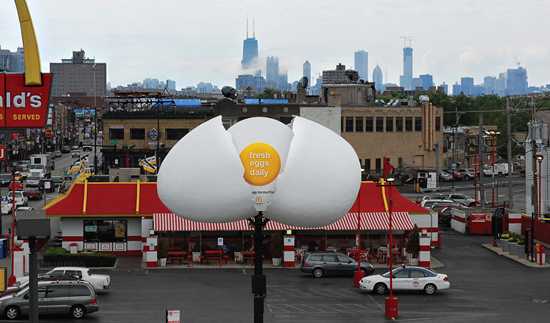 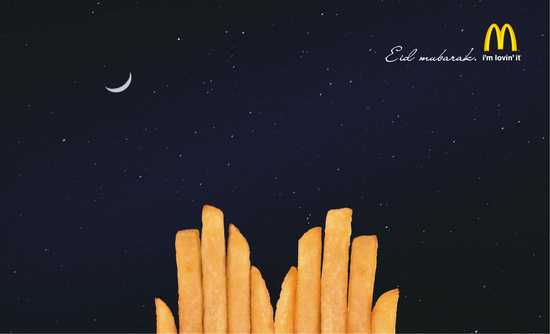 The Chicago River was first dyed green in 1962 to coincide with the St. Patrick’s Day Parade. Nowadays each year on parade day, a crew led by Mike Butler uses about 40 pounds of dye to colour the river green. Depending on the currents the river will stay green for about five hours. This was a perfect way to promote McDonald’s seasonal green Shamrock Shake. 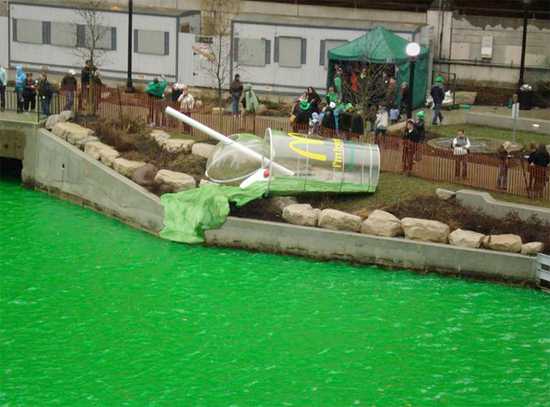 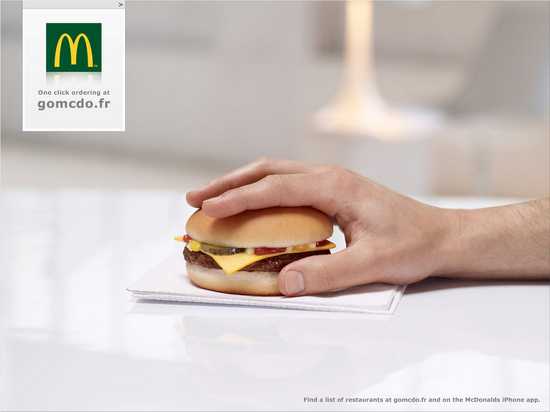 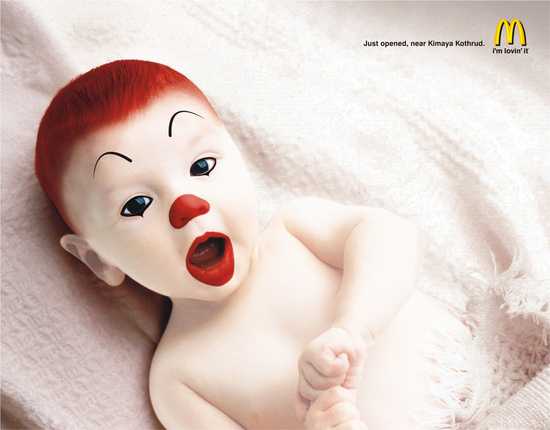