Pepsi is a carbonated soft drink that is produced and manufactured by PepsiCo. Created and developed in 1893 and introduced as "Brad's Drink", it was later renamed as Pepsi-Cola on August 28, 1898, then to Pepsi in 1961. Pepsi used some cool ads to promote their products. Now let's take a look at some of their creative ads... 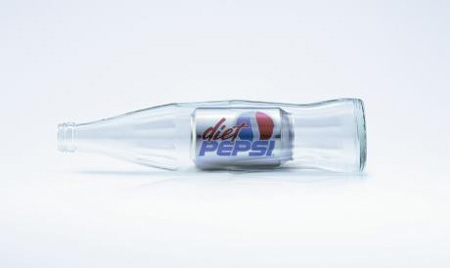 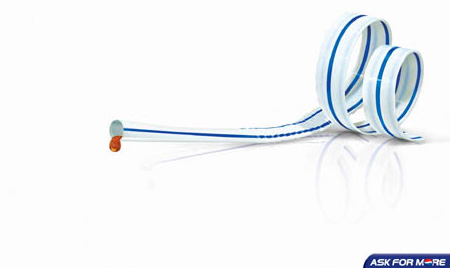 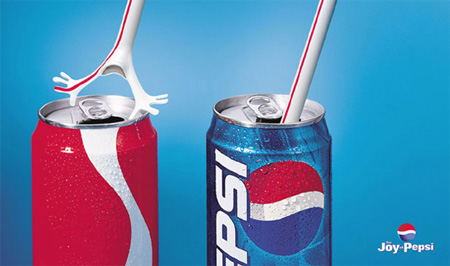 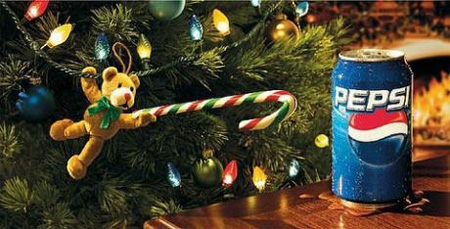 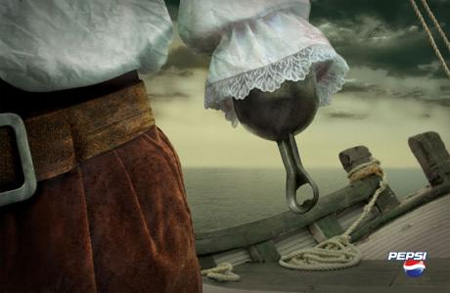 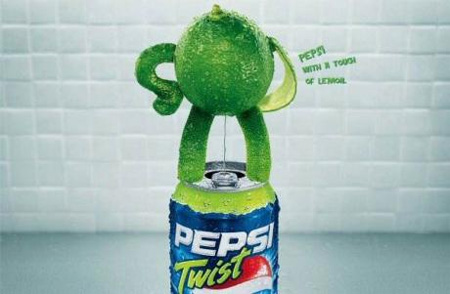 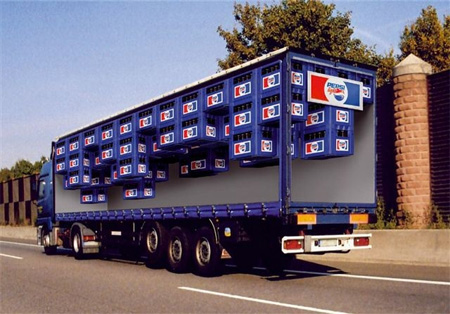 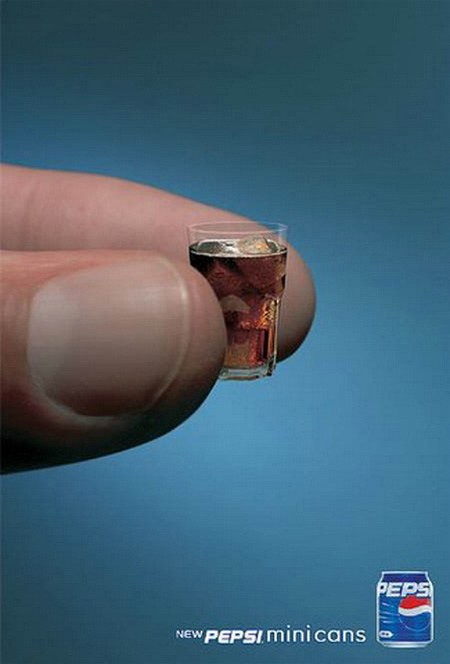 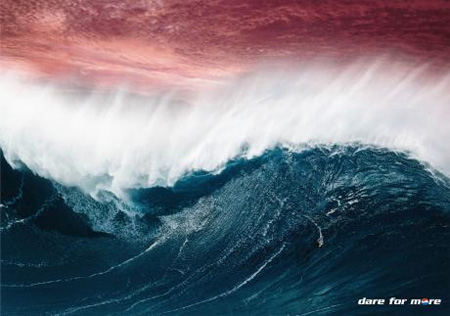 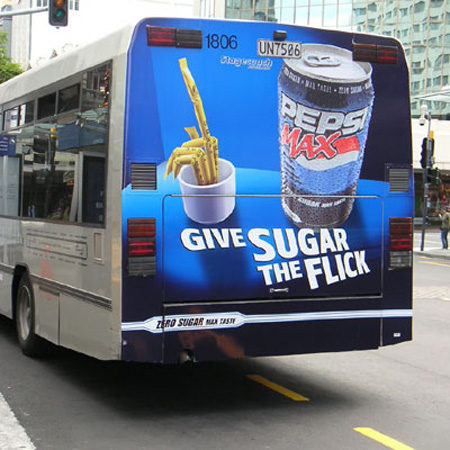 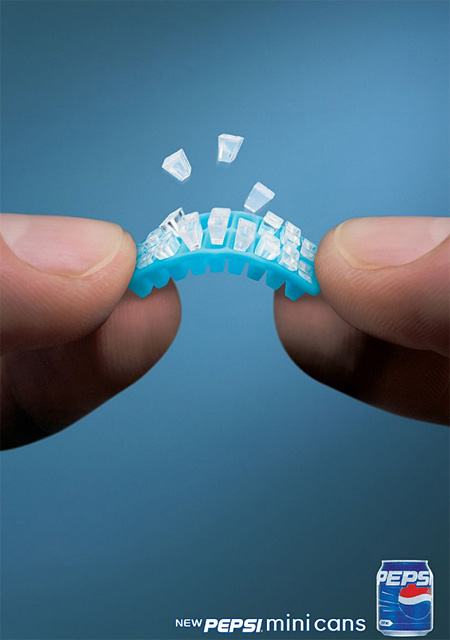 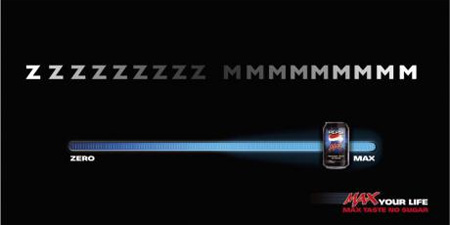 
BBDO created a subway poster that has a fully functional headphone jack embedded in it, which plays samples of various exclusive tracks available at pepsiaccess.ca 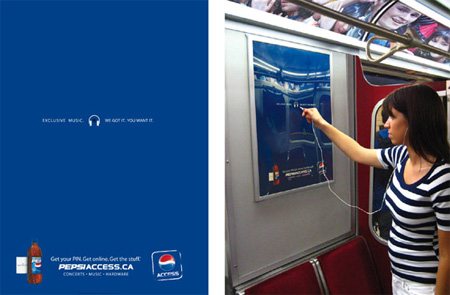 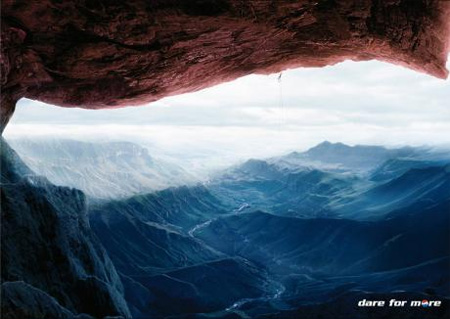 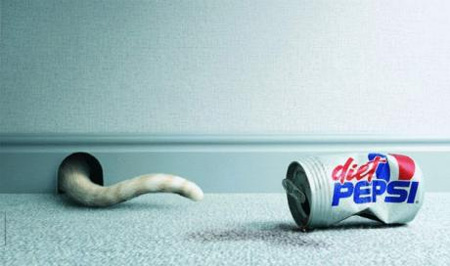 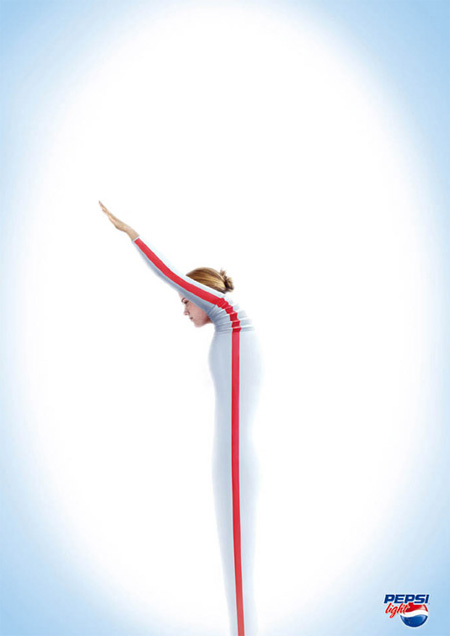 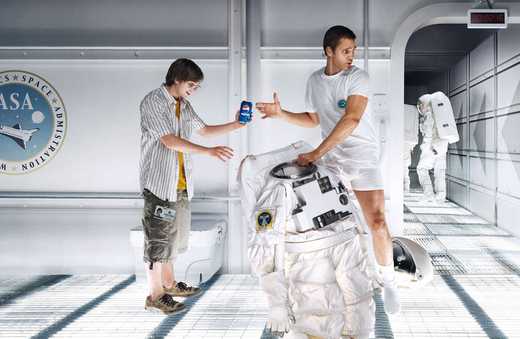 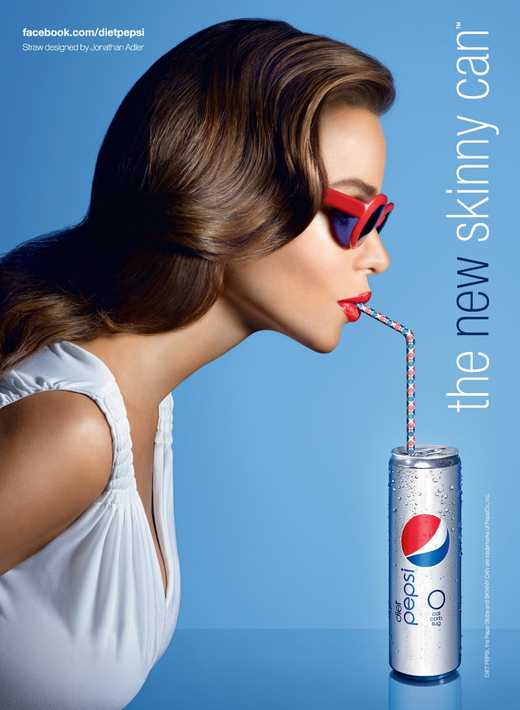 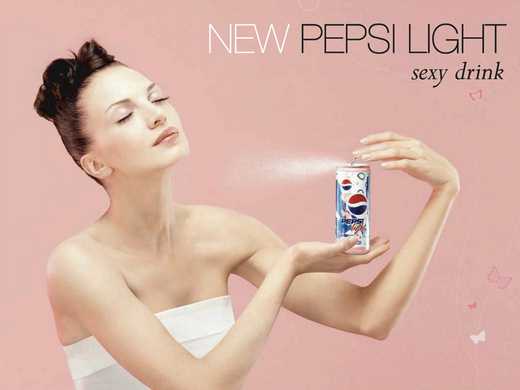 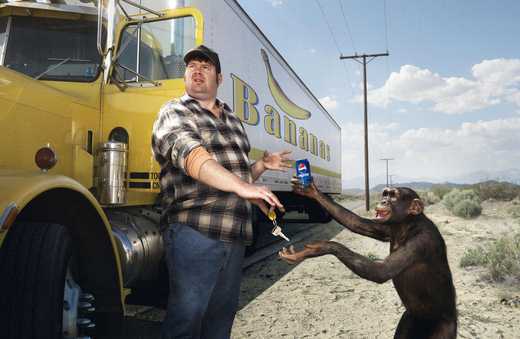 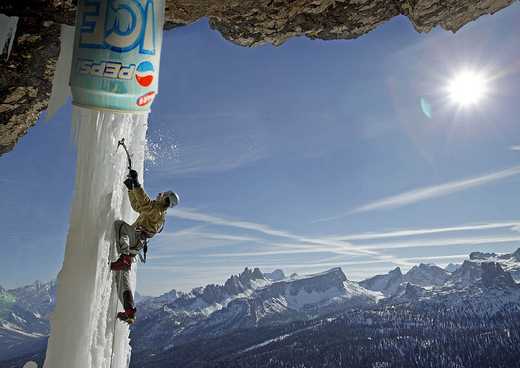