Modern graphic intensive operating systems and resource hungry applications are cutting down the life of your laptop’s battery every day. The average battery life per continuous use still stands at a maximum of three to four hours. So, a fast depleting battery could very swiftly put the crutches on your ‘mobile’ road trip. Mobile computing has got better with lighter components, better chips and faster processors. But the Achilles heel of a laptop has remained its battery. So here are we are going to look at ways to increase laptop battery life.

Falling just short of carrying an extra pack of batteries in the back-pack, are several ways to keep the juice flowing through the batteries. 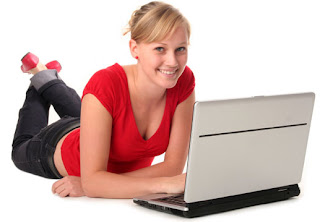 1. Ship shape with a defrag
Regular defragmentation helps to arrange data more efficiently thus making the hard drive work less to access the data. The quicker the moving hard drive works lesser is the load placed on the battery. Thus, your batter can last longer. The effect is minimal, but this efficiency goes hand in glove with hard drive maintenance.


2. Kill the resource gobblers
End the background processes that are not vital. Monitor the resource usage through a“˜Ctrl-Alt-Del’ which brings up the Windows Task Manager (in Windows). If you’re not on the internet, it is safe to shut down the immediate non-essential programs running in the taskbar like the antivirus and the firewall. Weed out unnecessary programs running as start-ups by launching the System Configuration Utility from Run ““ Msconfig ““ Tab: Startup. Uncheck the programs which you don’t want to launch and reboot the computer once.


3. Pause the scheduled tasks
It may be a defrag or a virus scan, but make sure it is scheduled for a time when you are near a power outlet. If not then nix them for the moment.


5. Empty the CD/DVD Drives
Even if you don’t intend to use it, don’t leave any CD/DVDs as leftovers in the drives. A spinning drive sucks battery power like a sponge.


7. Lower the lights
The LCD screen of a laptop is another huge power sink. Calibrate the brightness to the lowest level you can tolerate using the Function key toggles or using the Display Settings applet in the Control Panel.


8. Kill the sounds
Mute the speakers and try avoiding the use of multimedia software to maximize the battery life. Installed sound schemes also drain a battery perceptibly.


10. Visit Power Options
Get familiar with power management through the “˜Power Options’ applet in the Control Panel. XP, Vista, Win 7 come with advanced power management features which shut off components like the monitor and/or the hard drive after specified intervals. This again depends on the chosen “˜Power Schemes’ (for XP) in the same applet. For instance in XP, “˜Max Battery’ under Power Schemes can be selected for maximum battery optimization.


11. Turn off the looks
Today’s OS’s like Windows Vista come with features like “˜Aero Glass’ which are resource guzzlers. One can turn it off and go for the “˜Classic’ appearance which consumes less power. In Vista, click on Desktop – Preferences – View Colour – Appearance – Classic Appearance and Windows Basic graphical interface. In XP it’s – Display Properties – Theme – Windows Classic. Linux and even Macintosh are better optimized for longer battery life.

12. Hibernate is better than Sleep
In the Stand By mode (or sleep mode), the computer turns of the hard drive and the display but memory remains active while the CPU slows down. This draws on the battery. In contrast, hibernation mode is better because the computer saves the current state and shuts itself down completely thus saving power.


13. Get the most…work on the least
Working on too many programs while on the battery is a sure fire power drainer. Keep use of graphic intensive applications to a minimum. Working on a spreadsheet consumes much less than playing your favourite game. To increase the life of the battery open just one or two programs concurrently.

14. Ram in more RAM
Adequate RAM reduces the load on Virtual memory which by default resides on the hard drive. Though every extra bit of RAM uses up more power, it increases overall savings by short cutting access to the power hungry hard drive.

15. Keep it clean
A laptop with blocked air vents will generate more heat thus reducing the life of the battery. Clean the air vents regularly to keep operating temperatures low. Allow for open space around the vents for air to circulate freely. Keep the area around the laptop clean to avoid entry of dust.

16. Temperature is a silent killer
Undue heat kills off a battery slowly but surely. Avoid leaving the laptop under direct sunlight or inside a closed car.

17. Avoid the memory effect
A problem more for the older Ni-MH batteries than for Li-Ion batteries on which most modern laptops run. Memory effect relates to the loss of battery charge when they are repeatedly recharged after being only partially discharged. It can be prevented by discharging the battery fully and then completely recharging it. Li-Ion batteries on the other hand have no problems with partial discharges and re-charges and complete discharge is never recommended for this type.


18. Update software and drivers
This sounds a bit incongruous but then newer drivers and software are often designed to be more efficient (and hopefully less resource hungry).


19. Use the right adapter
Ensure that the adapter you use to charge the laptop battery is an original one or one with the correct specifications. A mismatch in the wattage could cause an overload thus damaging the laptop and the battery.


20. Pack it up
If you don’t plan to use the laptop on batteries for quite some time, ensure that the charge is nearly 40 percent – remove the batteries and store it in a cool place. A typical lithium ion battery has an overall average life of 2-3 years. With some care and caution, its mortality can be delayed.All modern laptops have battery charge level indicators. Re-charge it only WHEN the battery charge is about to empty.