An epidemic occurs when new cases of a certain disease, in a given human population, and during a given period, substantially exceed what is expected based on recent experience. Epidemiologists often consider the term outbreak to be synonymous to epidemic, but the general public typically perceives outbreaks to be more local and less serious than epidemics. But some epidemics turn out to be more deadly that people think. Well here is a list of 10 most  terrible epidemics in history of world... 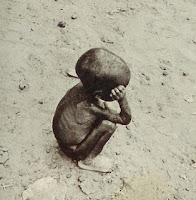 Few events in European history seem as cataclysmic as the Black Death. The plague which most historians believe was the bubonic plague, though others have suggested an ebola-like virus is thought to have originated around the Black Sea region and spread rapidly through much of Europe and parts of Asia among rats nestling in the bowels of grain ships. The pandemic's most devastating moment was a four-year spell between 1347 and 1351 that, according to some estimates, wiped out as much as two-thirds of Europe's population. The plague would recur in subsequent decades and is believed to have killed roughly 100 million people worldwide in the space of some 200 years. Its legacy, particularly in Europe, was traumatic and deep, reshaping the continent's social and economic landscape while burrowing its way into ecclesiastical art including grisly pictures of devotees covered with pus-filled boils and medieval literature. The children's nursery rhyme that begins "Ring-a-ring o' roses/ A pocketful of posies" and ends with the line "We all fall down" is an eerie hand-me-down from an age when a grim-reaping plague stalked the land.


02. The Plague of Justinian The dynamic and powerful Byzantine Emperor Justinian is remembered for having tried to restore the fallen glory of ancient Rome by waging a series of military campaigns to retake lands that had been overrun by barbarian tribes. But, while Justinian's armies were fleetingly successful, another scourge bearing his name was far deadlier. Around A.D. 540, a disease borne by rats in Egypt long the breadbasket of the Mediterranean world spread to the Byzantine capital at Constantinople (modern-day Istanbul) where, by some accounts, it claimed 5,000 lives a day and killed nearly half the ancient metropolis' population. From there, the plague moved east and west, becoming antiquity's most lethal known pandemic. Half a century after it began, between 25 million and 100 million in Europe and Asia had died. Some historians say the damage was so great to the Persian and Byzantine empires that it made them vulnerable to the Muslim conquests of the next century. The devastation the plague wrought may have also ushered in the period now known as the Dark Ages in Europe. One of the deadliest pandemics in history, the influenza of 1918-19 killed tens of millions of people more than the number of those who perished in all of World War I. The Spanish flu (as it was known) infected an estimated one-third of the global population and hit young adults especially hard, sweeping over the planet in waves. Victims died quickly and painfully. As TIME wrote in "A Brief History of Flu Pandemics," "Undertakers were so overwhelmed that corpses were left inside homes for days. Cities passed laws requiring citizens to wear masks in public places, but the virus defeated that barrier. ... When autopsies were performed on flu victims, lungs were found to be blue and sodden. They had died by drowning." China's Yunnan province was the setting for the third and last great plague pandemic, which began in the 1850s. The infectious fever wreaked havoc on Chinese citizens, killing tens of thousands, and by the late 19th century it had made its way to Hong Kong and Guangzhou, which proved devastating. The world was more interconnected than it had ever been, and both cities were major coastal shipping hubs. This allowed the disease to spread throughout the world to Bombay, Cape Town, Guayaquil in Ecuador, San Francisco and Pensacola, Fla. In the end, the plague killed some 12 million people. However, it occurred at a time when scientific understanding of diseases was developing, giving doctors and scientists a perfect empirical test case for germ theory and new medicines. This has been a large part of why we haven't seen a fourth pandemic. Five years before 39-year-old Franklin Delano Roosevelt was diagnosed with polio, the paralyzing disease struck thousands in the U.S., killing some 6,000. During the 1916 epidemic, 9,000 cases occurred in New York City, which called for quarantines. Polio would haunt the country for decades, afflicting thousands each year; TIME wrote in 1946 that "for many a parent who had lived through the nightmare fear of polio, there was some statistical encouragement: in 1916, 25% of polio's victims died. This year, thanks to early recognition of the disease and improved treatment (iron lungs, physical therapy, etc.) the death rate is down to 5%." It was only in the 1950s that Dr. Jonas Salk finally developed a vaccine. Cholera has been around for centuries the ancient Greek physician Hippocrates seems to allude to it in his work but for a long time it was restricted to the delta region of India's Ganges River. It wasn't until 1817 when, carried by travelers along trade routes, the disease spread throughout the rest of India and into what is now modern-day Burma and Sri Lanka. Referred to as "Asiatic cholera" by Britain and the U.S. (which would not be hit by the disease until the 1830s), it eventually reached the Philippines and even Iraq, where 18,000 people died during one three-week period in 1821. This was the first of seven cholera pandemics that have spread throughout the globe. "A plague so great as this, and so dreadful a calamity, in human memory could not be paralleled." This passage comes courtesy of the Greek historian Thucydides in one of the well-known passages from his History of the Peloponnesian War. Granted, this was around 430 B.C. and the world had yet to witness, well, basically all of recorded history. But the Plague of Athens was catastrophic nonetheless, especially to Greek forces who were in the midst of a war with Sparta. Modern researchers have conjectured about the nature of the plague, with some saying it was typhoid, typhus fever, smallpox or even anthrax. But its true nature may never be known. Virtually all of the information we have comes from Thucydides, who traced its roots to Ethiopia and said a third of the city's people perished as a result. He's as good a source as any, considering Thucydides himself also contracted it. Though it had long been eradicated in other parts of the world, the infectious disease smallpox raged through mid-1970s India, with more than 100,000 reported cases and at least 20,000 deaths. The illness, which is unique to humans, is caused by one of two viruses, variola minor and variola major. The disease results in a skin rash that eventually forms raised, fluid-filled blisters all over the body. The malignant and hemorrhagic forms of these lesions most often prove to be fatal. Following a period of intense eradication and monitoring by an international commission, India was declared smallpox-free in May 1975. In 1878, thousands of refugees fled Cuba during the tail end of the Ten Years' War for independence from Spain and with them they carried yellow fever. Despite government efforts, including the Quarantine Act, which gave the Marine Hospital Service authority to quarantine infected ships, New Orleans quickly fell victim to a yellow-fever epidemic. Several hundred miles north along the Mississippi River, Memphis braced for the disease. City officials blocked all cargo from New Orleans, but the business community pressured them into relenting. Not a good decision: by the end of the year, 5,000 people had died in Memphis alone. In total, the Mississippi Valley counted 20,000 deaths. First reported in Asia in 2003, it was the illness that popularized the surgical-mask as street wear. Severe acute respiratory syndrome (SARS), which is caused by a virus, spread to more than two dozen countries in North America, South America, Europe and Asia before being contained. More than 8,000 people were sickened and 774 died after contracting the disease from droplets released through coughing and sneezing. Symptoms included high fever, headache and body aches, and after about a week many would develop a dry cough and eventually pneumonia hence the face masks. Because there is no cure for SARS, the U.S. Centers for Disease Control and Prevention and other health organizations focused on educating people about prevention. After nearly six months of panic, the SARS outbreak was contained in July 2003.