When hurricane Hannah separated two white tigers from their mother, Anjana came to the rescue.
Anjana, a chimp in South Carolina, became surrogate mom and playmate to the cubs, even helping with bottle feeding. But here's the truly amazing part is - This is something Anjana does all the time, having helped raise leopard and lion cubs on several occasions.Take a look at these photos... Really Amazing!

20 Tips to Boost Your Memory

Now, where did I put those car keys? Did I switch the oven off? Have I locked the front door? And, oh no, Ive forgotten her name... If any of that sounds familiar, you probably wont be poised to compete in the World Memory Championships this year. 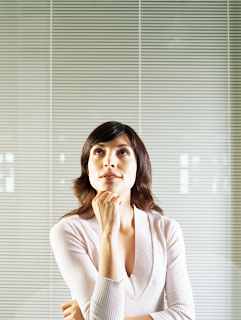 The annual contest, which kicks off on December 1, sees competitors tackle a whole host of mind games, from memorising numbers, words and entire decks of cards to recalling historic dates. But if its as much as you can do to remember your husbands mobile number without using redial, read on for 20 top tips on how to improve your memory. You never know, next year it might be you trouncing the world at the championships...

Sorry, students, but cramming does not cut it. Its better to space out your learning. For instance, when learning a foreign language, suggests Dr Chris Moulin of the Leeds Memory Group, dont repeat one word over and over. Repeat it to yourself a couple of times, then move on, and come back to it later.

If you have to do something every day at a certain time, such as take a pill, then give yourself a cue to help your intention e.g. when the Today programme finishes Ill take my medication.

One way of remembering something, such as a persons name, is to picture it on the persons face. So if you meet a Joe Diamond, imagine a diamond. You will have to get more creative for unusual names but psychologists say the more bizarre the image the better the memory tool.

Assign meanings to random facts or figures: if you needed to remember the number 50110662012, think Levis jeans, Battle of Hastings, London Olympics.

Making anything you want to remember relate to yourself is one of the best memory aids e.g. the Blair government came into power in 1997; you graduated in 1997.

The Roman Room method is about remembering sequences of information by visualising them in a certain location. Use a place you know well, and take a mental walk through the rooms in a set order. Then put the information from your list one by one into each room so if its Prime Ministers, put Harold Wilson in the hallway, James Callaghan in the living room, Margaret Thatcher in the kitchen and so on. Think about it slowly and itll stick!

Always forget where you put your keys/purse? Its common sense, but boring routine is memorys best friend. Put those items in the same place every time. We pay little or no attention to mundane events, which is why we can rarely remember where we put our specs while we were busy doing something else.

A mnemonic is a learning technique that aids memory such as Richard of Yorke Gave Battle in Vain to remember the colours of the rainbow. Adopt phrases to remember things; the more bizarre the better. It can help with spelling awkward words or remembering the names of people at a meeting. Rhyming is especially helpful (eg. Thirty days have September, April, June and November).

Omega-3 oils found in oily fish, as well as walnuts, pumpkin and flax seeds, help to build and maintain something called myelin. The fatty substance helps the nervous system function properly which fires up your powers of concentration.

Choline, an amino acid in eggs, liver, chicken and soybeans, can protect the brain and boost memory. In fact, a recent study suggested that people with a higher choline intake performed better in memory tests although a long-term healthy diet as a whole is key to maintaining good brain function, with dark leafy vegetables, berries, tomatoes, nuts and seeds all good memory foods.

A recent Cambridge University study suggests regular aerobic exercise, such as jogging, can boost memory by triggering the growth of new neurons in the brain.

Teaching new concepts to another person can aid your own recollection of the material so give a mini lecture to a friend when you are both studying for the same exam.

According to Harvard health experts, negative stereotypes about ageing contribute to a failing memory. So older learners do worse on memory tests when exposed to pessimistic claims about age and brain power and better if exposed to messages about keeping memory strong well into retirement.

The more senses you use when you experience or learn something, the better your powers of recall later. For example, smells can instantly conjure memories of the distant past - so get sniffing.

Draw a picture or write down the information you want to remember, even if you never refer to your notes again. Just the action of forming a visual image helps with memory.

When you want to remember something new, repeat it out loud if you have just been told some body's name, use it when you speak to that person (So, John, how long have you known Sophie?)

Engage in activities that require you to concentrate: join a book club, do crosswords or try new recipes. Anything that taxes your brain will help you maintain skills as you get older.

Your fingers may feel clunky with a Biro when you are used to hammering at a keyboard, but writing longhand can help your brain better process the information you are writing. So when learning something new, get scribbling.

US studies found that daily meditation thickened the parts of the brain's cerebral cortex responsible for decision making, attention and memory. Try "mindfulness" techniques, focusing on an image, sound or your own breathing.
No comments: