Photograph purporting to show a 55ft snake found in a forest in Malaysia has become an internet sensation. 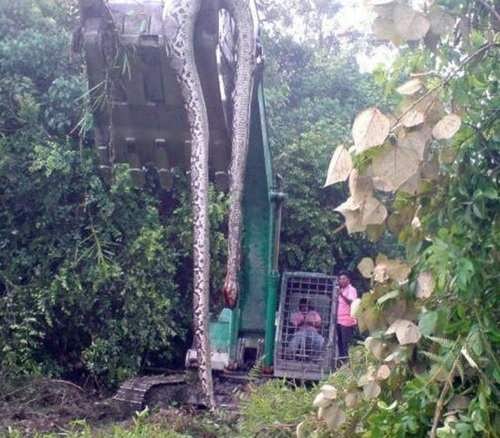 The thread claimed the snake was one of two enormous boas found by workers clearing forest for a new road. They apparently woke up the sleeping snakes during attempts to bulldoze a huge mound of earth.

“On the third dig, the operator found there was blood amongst the soil, and with a further dig, a dying snake appeared,” said the post.

“By the time the workers came back, the wounded boa had died, while the other snake had disappeared. The bulldozer operator was so sick that he couldn’t even stand up.”

The post claimed that the digger driver was so traumatised that he suffered a heart attack on his way to hospital and later died. The dead snake was 55ft (16.7m) long, weighed 300kg and was estimated to be 140 years old, according to the post.