20 Brain Teasers to Kindle You Brain...

A brain teaser is a form of puzzle that requires thought to solve. It often requires thinking in unconventional ways with given constraints in mind; sometimes it also involves lateral thinking. Logic puzzles and riddles are specific types of brain teasers. Here are 20 selected brain teasers to test your power to think... ( Find the answers below ) 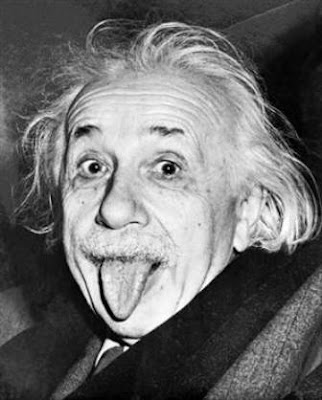 1. Tom's mom had three children. The first was named May, the second was June. What was the third child's name?


2. The manufacturer doesn't want to use it, the buyer doesn't need to use it and the user doesn't know he's using it. What is it?


3. The word CANDY can be spelled using just 2 letters. Can you figure out how?


4. Bill bets Craig $100 that he can predict the score of the hockey game before it starts. Craig agrees, but loses the bet. Why did Craig lose the bet?


6. FOUR is HALF of FIVE. Is this statement True or False?


7. A woman shoots her husband.
Then she holds him under water for over 5 minutes.
Finally, she hangs him.
But 5 minutes later they both go out together and enjoy a wonderful dinner together.
How can this be?


8. What do these 3 have in common?
Superman
Moses
The Cabbage Patch Kids


9. What is black when you buy it, red when you use it, and gray when you throw it away?


11. I can sizzle like bacon,
I am made with an egg,
I have plenty of backbone, but lack a good leg,
I peel layers like onions, but still remain whole,
I can be long, like a flagpole, yet fit in a hole,
What am I?


12. This is an unusual paragraph. I'm curious how quickly you can find out what is so unusual about it? It looks so plain you would think nothing was wrong with it! In fact, nothing is wrong with it! It is unusual though.
Study it, and think about it, but you still may not find anything odd. But if you work at it a bit, you might find out! Try to do so without any
coaching!


13. Hi! Ma and Pa told me I'd better say that all the two-letter words in
this paragraph have something in common ...... or else! What's the common factor here?


16. In olden days you are a clever thief charged with treason against the king and sentenced to death. But the king decides to be a little lenient and lets you choose your own way to die. What way should you choose? Remember,
you're clever!


17. What is it that when you take away the whole, you still have some left over?


18. What six letter word in the English language contains ten other words without rearranging any of its letters?


19. Name an English word of more than 2 letters that both begins and ends with the letters "he" in that order. There are two possible answers. "hehe" is not acceptable.


20. A man was found murdered on Sunday morning. His wife immediately called the police. The police questioned the wife and staff and got these alibis:
The Wife said she was sleeping.
The Cook was cooking breakfast.
The Gardener was picking vegetables.
The Maid was getting the mail.
The Butler was cleaning the closet.


4. Bill said the score would be 0-0 and he was right. Before any hockey game starts, the score is always 0-0.


5. "e n t " They represent the first letter when writing the numbers one thru ten.


7. The woman was a photographer. She shot a picture of her husband, developed it, and hung it up to dry.


9. The answer is Charcoal. In Homer Simpson's words: Hmmmm... Barbecue.


10. Sure you can: Yesterday, Today, and Tomorrow!


12. The letter "e", which is the most common letter in the English language, does not appear once in the long paragraph.


20. It was the Maid. She said she was getting the mail. There is no mail on Sunday.