Fruits and Vegetable Vs The Human Body - Similarities

Fruits and vegetables are the source of vitamins and minerals to our human body. Sometimes, people don’t really know the implication of the statement “You are what you eat”. However, you will discover that the foods which are good for your health and your body parts have a closer resemblance than you would have thought. Now, check out some interesting comparison between these health foods and the human body. 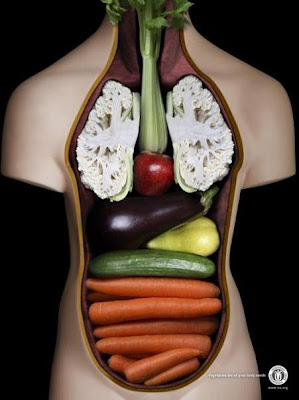 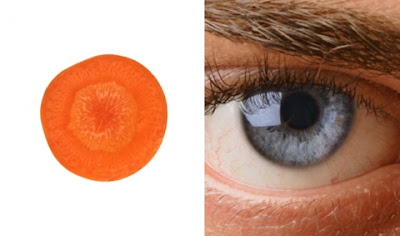 Slice a carrot and it looks just like an eye, right down to the pattern of the iris. It’s a clear clue to the importance this everyday veg has for vision. Carrots get their orange color from a plant chemical called betacarotene, which reduces the risk of developing cataracts. The chemical also protects against macular degeneration an age-related sight problem that affects one in four over-65s. It is the most common cause of blindness in Britain. But popping a betacarotene pill doesn’t have the same effect, say scientists at Johns Hopkins Hospital in Baltimore The gnarled folds of a walnut mimic the appearance of a human brain - and provide a clue to the benefits. Walnuts are the only nuts which contain significant amounts of omega-3 fatty acids. They may also help head off dementia. An American study found that walnut extract broke down the protein-based plaques associated with Alzheimer’s disease. Researchers at Tufts University in Boston found walnuts reversed some signs of brain ageing in rats. Dr James Joseph, who headed the study, said walnuts also appear to enhance signalling within the brain and encourage new messaging links between brain cells. 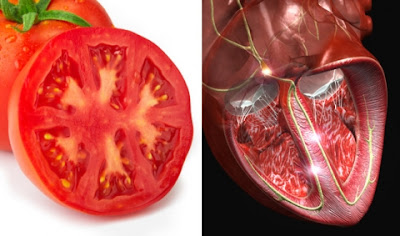 A tomato is red and usually has four chambers, just like our heart. Tomatoes are also a great source of lycopene, a plant chemical that reduces the risk of heart disease and several cancers. The Women’s Health Study — an American research program which tracks the health of 40,000 women — found women with the highest blood levels of lycopene had 30 per cent less heart disease than women who had very little lycopene. Lab experiments have also shown that lycopene helps counter the effect of unhealthy LDL cholesterol. One Canadian study, published in the journal Experimental Biology and Medicine, said there was “convincing vidence" that lycopene prevented coronary heart disease.

Our lungs are made up of branches of ever-smaller airways that finish up with tiny bunches of tissue called alveoli. These structures, which resemble bunches of grapes, allow oxygen to pass from the lungs to the blood stream. One reason that very premature babies struggle to survive is that these alveoli do not begin to form until week 23 or 24 of pregnancy. A diet high in fresh fruit, such as grapes, has been shown to reduce the risk of lung cancer and emphysema. Grape seeds also contain a chemical called proanthocyanidin, which appears to reduce the severity of asthma triggered by allergy.

A nice ‘holey’ cheese, like Emmenthal, is not just good for your bones, it even resembles their internal structure. And like most cheeses, it is a rich source of calcium, a vital ingredient for strong bones and reducing the risk of osteoporosis later in life. Together with another mineral called phosphate, it provides the main strength in bones but also helps to ‘power’ muscles. Getting enough calcium in the diet during childhood is crucial for strong bones. A study at Columbia University in New York showed teens who increased calcium intake from 800mg a day to 1200mg – equal to an extra two slices of cheddar - boosted their bone density by six per cent. 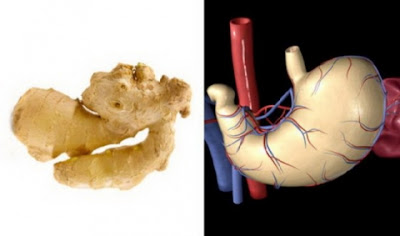 Root ginger, commonly sold in supermarkets, often looks just like the stomach. So it’s interesting that one of its biggest benefits is aiding digestion. The Chinese have been using it for over 2,000 years to calm the stomach and cure nausea, while it is also a popular remedy for motion sickness. But the benefits could go much further. Tests on mice at the University of Minnesota found injecting the chemical that gives ginger its flavour slowed down the growth rate of bowel tumours 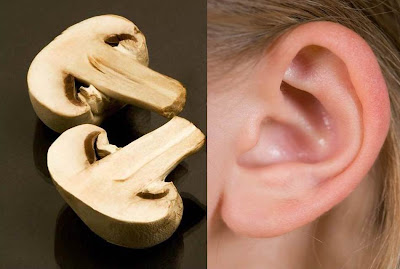 Slice a mushroom in half and it resembles the shape of the human ear. And guess what? Adding it to your cooking could actually improve your hearing. That’s because mushrooms are one of the few foods in our diet that contain vitamin D. This particular vitamin is important for healthy bones, even the tiny ones in the ear that transmit sound to the brain. 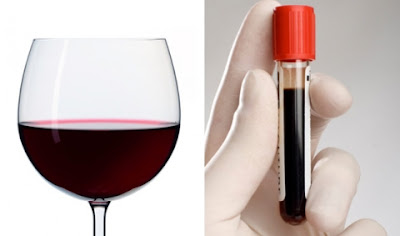 Red wine, a source of antioxidants and polyphenols including powerful resveratrol, resembles blood. When you drink it, you're really loading up on the healthy stuff that protects against destructive things in the blood. 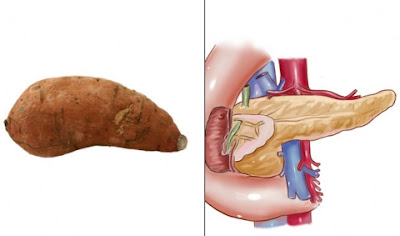 The oblong sweet potato has a strong resemblance to the pancreas and also promotes healthy function in the organ. This inexpensive but good food is high in beta-carotene that protects all tissues of the body, including the pancreas, from damage associated with cancer or aging.