Every year New York City children from participating schools collect pennies from family, friends and neighbors. These pennies don’t make their way into piggy banks or Lincoln coin collections. Instead, the children put their pennies together and they’re literally trucked to the Penny Harvest Field, an enormous and specially designed penny-holding structure in Rockefeller Center. 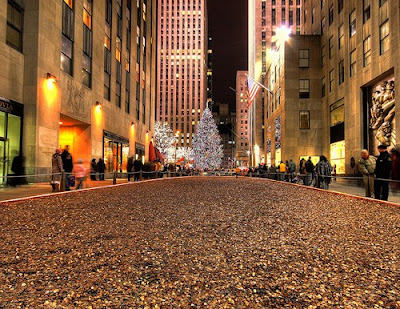 It’s here where the children can see the massiveness of their collection and can better grasp how their combined efforts and hard work will pay off for charities they’ll later select.

According to Common Cents, the creators of the Penny Harvest: 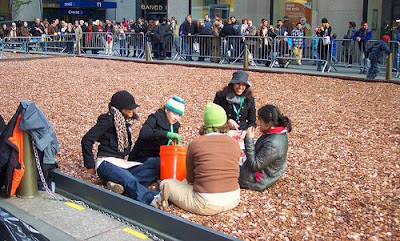 Within all those facts are stories of how the program changes lives. And perhaps just as important, the values learned by the children participating. Now, take a look at the photo of this massive Penny Harvest Field at Rockefeller Center... 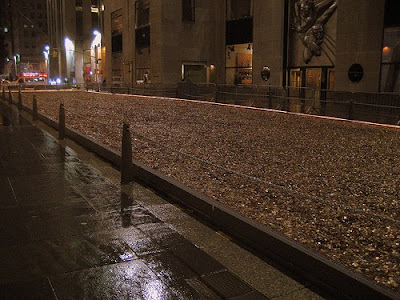 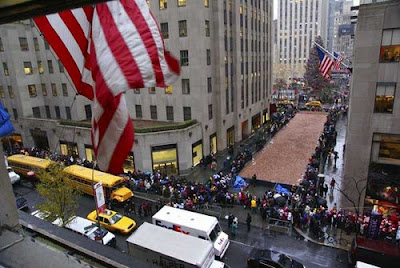 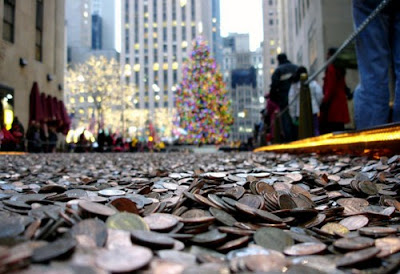 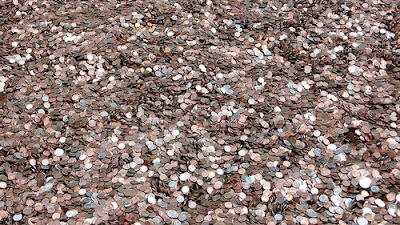 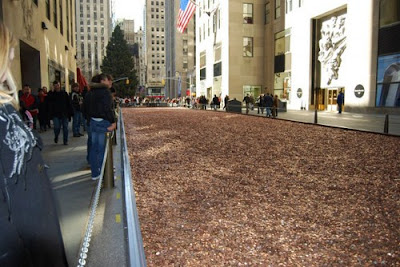 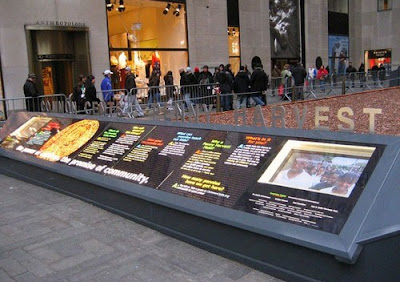 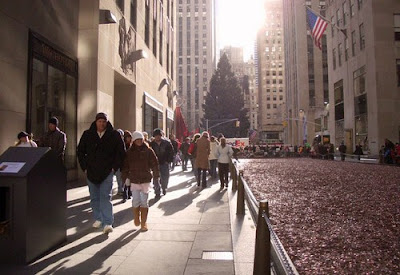 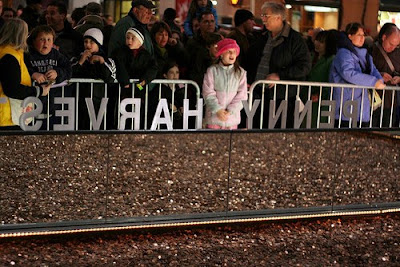 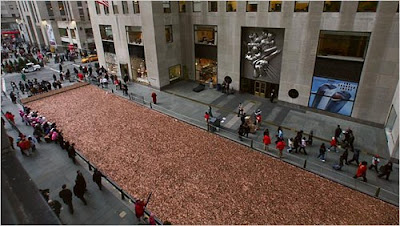 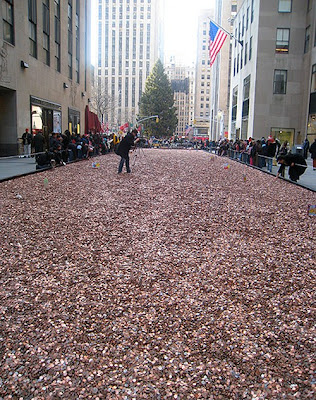