Top 10 Evil Scientists in the History

Throughout time, scientist of one school or another have contributed great innovations to the world of medicine, alchemy, chemistry, physics, and more. Most of these gifts have been exceedingly useful and set the stage for even greater advances in the field. However, the coin has another side - a far more sinister and selfish side that somehow twists the very minds of the scientists making them want to do more harm than help. Granted, said scientific minds often believe that the evils that they are ultimately performing are doing good, and this is what truly makes these individuals mad. So, here are the ten of the most diabolical scientific minds in history. Take a look... 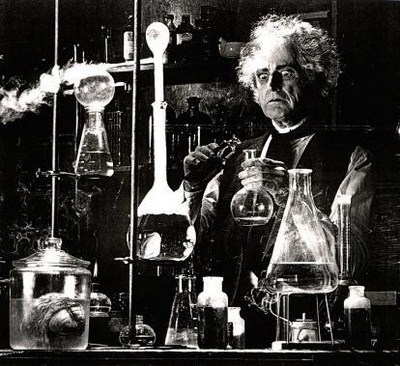 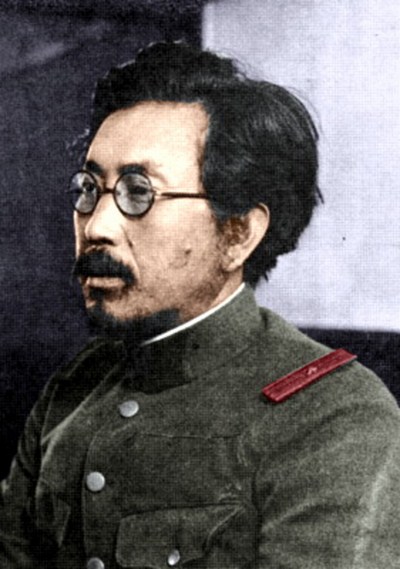 Ishii was a microbiologist and the lieutenant general of Unit 731, a biological warfare unit of the Imperial Japanese Army during the Second Sino-Japanese War. He was born in the former Shibayama Village of Sanbu District in Chiba Prefecture, and studied medicine at Kyoto Imperial University. In 1932, he began his preliminary experiments in biological warfare as a secret project for the Japanese military. In 1936, Unit 731 was formed. Ishii built a huge compound - more than 150 buildings over six square kilometers - outside the city of Harbin, China.

Some of the numerous atrocities committed by Ishii and others under his command in Unit 731 include - vivisection of living people ( including pregnant women who were impregnated by the doctors ), prisoners had limbs amputated and reattached to other parts of their body, some prisoners had parts of their bodies frozen and thawed to study the resulting untreated gangrene. Humans were also used as living test cases for grenades and flame throwers. Prisoners were injected with inoculations of disease, disguised as vaccinations, to study their effects. To study the effects of untreated venereal diseases, male and female prisoners were deliberately infected with syphilis and gonorrhea via rape, then studied.

Having been granted immunity by the American Occupation Authorities at the end of the war, Ishii never spent any time in jail for his crimes and died at the age of 67 of throat cancer. 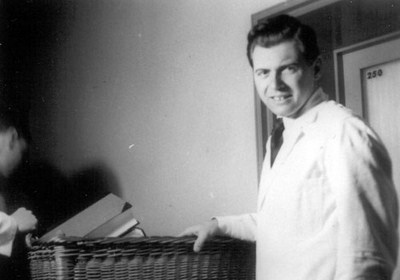 Mengele gained notoriety chiefly for being one of the SS physicians who supervised the selection of arriving transports of prisoners, determining who was to be killed and who was to become a forced laborer, and for performing human experiments on camp inmates, amongst whom Mengele was known as the Angel of Death. On several occasions he killed subjects simply to be able to dissect them afterwards. 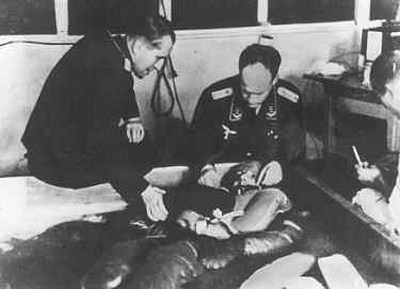 "Cold water immersion experiment claimed to be at Dachau concentration camp presided over by Professor Holzlohner (left) and Dr Rascher (right). The subject (a prisoner who was forced to participate) is wearing a Luftwaffe garment. Note the floating blocks of ice."


Rascher was a despicable scientist during the Nazi use of concentration camps during WWII. Rascher’s infamous medical experiments at the Dachau concentration camp included hypothermia research in which three hundred test subjects were used against their will (one third of them perished), in high-altitude, malaria and medication experiments. At Dachau, Rascher also developed the standard cyanide capsules, which could be easily bitten through, either deliberately or accidentally. Ironically, this became the means by which Himmler (Rascher’s friend) committed suicide. 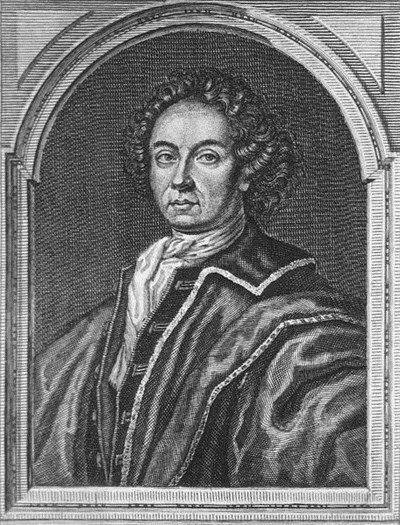 Dippel was born at Castle Frankenstein and is rumored to be the inspiration for Shelley’s vile doctor. This is disputable, but what isn’t is the fact that this brilliant doctor performed vivisections on many recipients. Working with nitroglycerin he destroyed a tower, but also detected the medicinal use of it. It is rumored that he also preformed gruesome experiments within this tower with so called “cadavers”. Though the actual details of the experiments have never been truly confirmed it is rumored that he attempted to transfer the soul of one cadaver into another. Interestingly, his greatest contribution to the world was his animal oil ( Dippel’s oil: a nitrogenous by-product of the destructive distillation manufacture of bone char ) commonly known as a base product in Prussian blue – the low cost blue dye that is used to this day by artists; previously, blue dies were extremely expensive to create.


5. Members of the Tuskegee Study For forty years between 1932 and 1972, the U.S. Public Health Service (PHS) conducted an experiment on 399 black men (mostly impoverished and poorly educated share-croppers) in the late stages of syphilis. The essence was to gather data on the course of the disease when left untreated. The researchers understood from the outset that test subjects would provide most of their useful information in the form of autopsies, so great pains were taken to insure that subjects didn’t obtain medical care elsewhere. The program came to an abrupt halt in 1972 when its existence was made public by the Washington Star. It would be easy to dismiss this as a case of simple racism by a public institution, but that is not the case: The project was enthusiastically hosted by the Tuskeegee Institute, a historically black college, and many key researchers and staff on the project were, themselves, black. 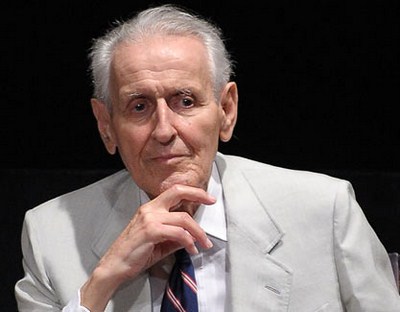 Kevorkian is most noted for publicly championing a terminal patient’s right to die via physician-assisted suicide and claims to have assisted at least 130 patients to that end. Imprisoned in 1999, he served eight years out of his 10-to-25-year prison sentence for second-degree murder in the 1998 poisoning of Thomas Youk, 52, of Oakland County, Michigan. The judge that convicted him said:

“You were on bond to another judge when you committed this offense, you were not licensed to practice medicine when you committed this offense and you hadn’t been licensed for eight years. And you had the audacity to go on national television, show the world what you did and dare the legal system to stop you. Well, sir, consider yourself stopped.”

Regardless of your views on euthanasia, the fact remains that Kevorkian swore an oath to save lives, not to take them. 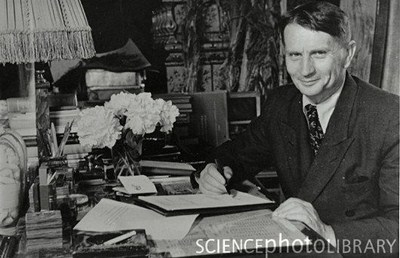 While his experiments did not result in mass deaths, Lysenko needs to be on this list for his utter dishonesty in the field of Science that ultimately set the Soviet Union back decades in research. Lysenko was director of the Institute of Genetics and specialized in agricultural research. Lysenko’s habit was to report only successes. His results were based on extremely small samples, inaccurate records, and the almost total absence of control groups. There can be no doubt that there has never been such an abuse of the name of science as that of Lysenko. Here is a quote: Discovering the use of nitroglycerine in his invention of dynamite, Nobel gave the world its first mass-produced use of deadly explosives. Killing first his own brother Emil and several others in a factory accident, the future death toll from his creation will number in the hundreds of thousands. Eventually he used his significant earned wealth to fund the yearly Nobel Prize to distract people from his invention, after reading his own obituary (mistakenly printed as he was not actually dead) which called him the “Merchant of Death”. 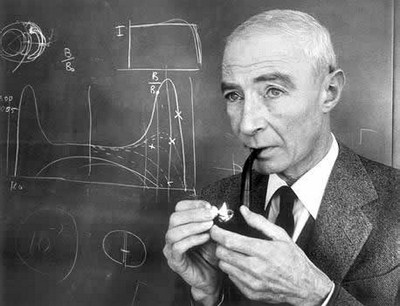 Heading up the Manhattan Project, the very group responsible for the creation and use of the atomic bomb, Dr. Oppenheimer was a brilliant nuclear physicist. Oppenheimer said he was “a member of just about every Communist Front organization on the West Coast,” a subscriber to the People’s World, a Communist Party organ, and, he testified, “I was associated with the Communist movement.” He claimed to be horrified by the result of the project’s work. A co-worker, Victor Weisskopf said:

"He did not direct from the head office. He was intellectually and even physically present at each decisive step. He was present in the laboratory or in the seminar rooms, when a new effect was measured, when a new idea was conceived. It was not that he contributed so many ideas or suggestions; he did so sometimes, but his main influence came from something else. It was his continuous and intense presence, which produced a sense of direct participation in all of us; it created that unique atmosphere of enthusiasm and challenge that pervaded the place throughout its time." 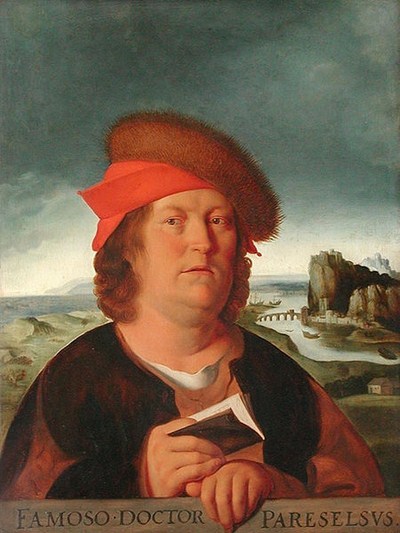 Switzerland, Paracelsus’ contributions to toxicology were based heavily in astrology and he is quite well known for offering the community a wide array of useful ideas and innovations. However, for all of his use, he also thought he might be able to create homunculi, or small humans, who stood no more than a foot or so hight and performed actions very similar to Golems. His are said to have run away after turning on their master. The homunculus creation used bits of people including semen and hair.