This No. plate is not made of solid gold - just ordinary aluminum. But it does come with the swagger of being labeled no. "1". And that's evidently worth a record $14.3 million. 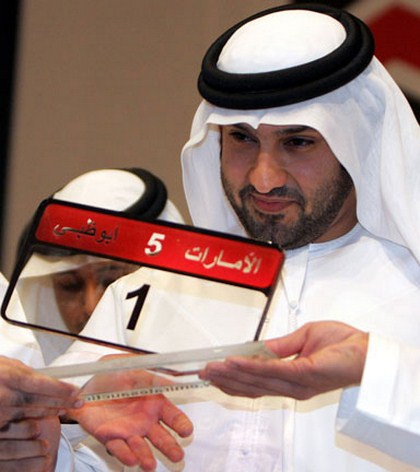 A businessman named Saeed Abdul Ghafour Khouri was willing to pay 52.2 dirham, that is equivalent to $14.3 million for the local license plate labeled "1" at an auction at the 7-star Emirates Palace Hotel in Abu Dhabi, making it the world's most expensive license plate. 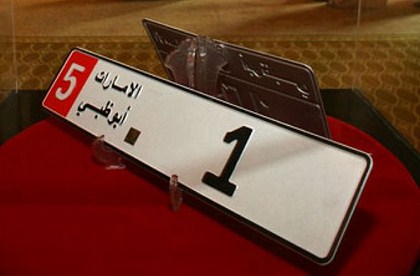 The oil-rich cities of the Persian Gulf are driven by car culture, with relatively few pedestrian areas or public transport options. Vanity plates are a matter of personal pride and indulgence.

The value of a plate depends on a a mix of math and emotional appeal. Normal license plates have 5 randomized numbers. From there, they get more expensive. Prices go up for fewer digits and cooler numbers. Plates like "5" and "7" sold for nearly 10 times the value of the luxury cars they adorn. But Number one is considered the most prestigious one. 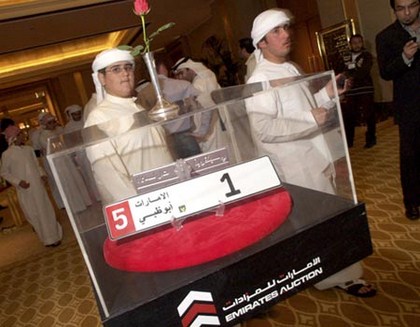 Abdulla al Mannaie, managing director of Emirates Auctions said, "From 1 to 10, these are the most expensive numbers."

"Ten to 99 are the second category. On the other side, you look to numbers which is like 11, 22, 33 they are expensive because it carry repeating digits."

"We are trying to link between car models and number plate, like a Ferrari 599 and the plate 599, as well as date of birth or anniversary," He added, "They are looking to the number plate as if it is their identity, their personal identity." 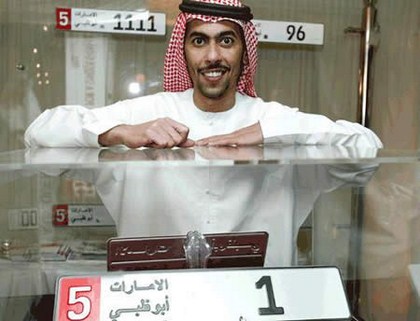 Above - The head of Emirates Auction, Abdulla al Mannaie, poses with the no. 1 license plate that sold for a record $14.3 million.