55 Most Interesting Facts About The Coca-Cola Company

Coca-Cola is everywhere. This iconic American brand is recognized instantly around the globe and sold in more than 200 countries. Additionally there are thousands of subsidiary beverages that you might have no idea are owned by Coke. Despite three CEO changes since 2000, Coke has kept a firm lead in the U.S. carbonated drinks market. Here is a collection of some the most interesting facts about this popular company that you hardly know. Take a look... 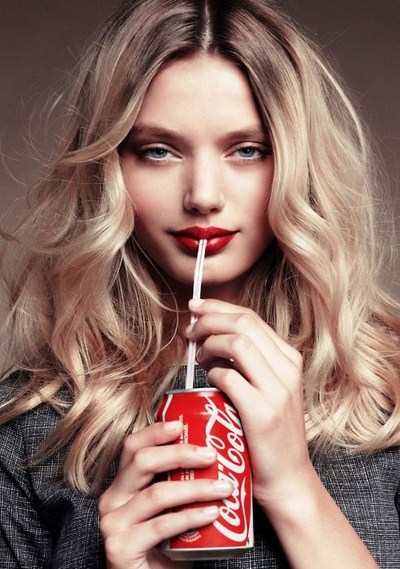 1. On May 8, 1886, a pharmacist named Dr. John Pemberton carried a jug of Coca-Cola syrup to Jacobs’ Pharmacy in downtown Atlanta, where it was mixed with carbonated water and sold for five cents a glass.

2. First Coca-Cola was pronounced as "excellent" before it was trademark as 'Coca-Cola'.

3. Coca-Cola was first made in the colour green!

4. Pharmacist John Pemerton who established Coca-Cola was considered a junkie who was addicted to morphine big time.

5. Pharmacist John Pemerton who established Coca-Cola died only 2 and half years after establishing the soft drink and trademark.

7. It used to contain cocaine up until 1905, when it was removed due to public concern.

8. It was originally made to cure hangovers and headaches.

11. In Chinese, the name Coca-Cola means "to make mouth happy".

13. If all the Coca-Cola bottles in the world were stacked end to end, they would reach to the Moon and back more than 1,677 times.

14. In one night, a bottle of Coca-Cola can soften a tooth.

15. Coca-Cola is very good at cleaning up blood spots, and is often used in the States to clean blood of from the roads after an accident!

16. Only few people know the secret formula for Coca-cola. The concentrate is made centrally, then exported to more then 900 bottling plants around the world.

17. Coca-Cola can be used to remove grease from clothes! It's as simple as emptying a can of coke into a load of greasy clothes, adding the detergent, and run through a regular cycle.

19. Coca-Cola Facebook page has over 26 million fans and continuous to grow.

20. Coca-Cola once released a 'Diet Coke with Bacon' flavor!

21. Another less known flavour that Coca-Cola released was the "Coca-Cola BlāK". This was a coffee flavored soft drink, released in 2006 in France. Sadly this was short lived, and Coca-Cola discontinued the production in 2008.

23. In 1931 the Coca-Cola Santa Claus, created by Haddon Sunbiom, first appeared in advertising.

24. In 1936, Coca-cola sponsored the Berlin Olympics also known as the "Nazi Olympics". While Britain was at war with Germany the company continued to do business behind enemy lines and advertised beside the Nazi Regime. As America enter the Second World War, German Coca-Cola bottling plants could no longer get the sugar/syrup to make the drink so they invented another drink for the Nazi public called "Fanta".

26. Altogether 1.7 billion servings of Coke products are consumed every day.

29. Coca-Cola and the Olympics began their association in Amsterdam in the summer of 1928. That association has continued for all subsequent Games.

30. Diet Coke was launched nationally in Australia in 1983. By the end of that year, it was already the second highest selling carbonated soft drink in Australia after Coca-Cola.

32. There are nearly 10,450 soft drinks from The Coca-Cola Company consumed every second of every day.

33. In its first year, servings of Coca-Cola amounted to less than 10 a day. Today one billion servings are consumed every day!

34. If all the Coca-Cola ever produced were in regular sized bottles, there would be over 4 trillion bottles. If these were stacked on a football field the total would make a mountain over 325 miles high. This is more than 60 times taller than Mount Everest, the highest mountain in the world.

35. Coca-Cola first came to Asia after the turn of the century when it was introduced in the Philippines. Local bottling operations began soon after in both the Philippines and China.

36. The longest Coca-Cola distribution route is in Australia - 2,186 miles from Perth, Western Australia to the north of the state!

37. Although Coca-Cola is enjoyed ice-cold around the world, in Hong Kong it is sometimes served hot as a remedy for colds!

38. If all the Coca-Cola ever produced were flowing over Niagara falls at its normal rate of 1.5 million gallons per second instead of water, the falls would flow for 38 hours and 46 minutes!

39. Coke uses 300,000 tons of aluminum for its cans every year just for its US operations. That's equal to 17.4% of what the entire US aluminum industry produces.

41. A day before Martin Luther King was assassinated he held a speech asking the people to boycott Coca-Cola and stop buying their products because of the way the black workers were being treated.

42. The federal government found Coca-Cola guilty of the charges and ordered them to pay the biggest racial discrimination payout in history for the decades of abuse against their workers. Coca-Cola had to pay various victims restitution which added up to nearly $200 million.

43. Americans ingest 1.7 million tons or 10.8 pounds per person of sugar each year from Coca-Cola alone.

45. Although Coca-Cola is suppose to contain no trace of cocaine like officials say, 8 tons of coca leaves are imported from South America each year by Coca-Cola and if any other regular citizen brought any of this into the states then chances are they would be arrested for drug trafficking.

46. Around the world, the average person consumes a Coke product every four days.

47. There are 33 non-alcoholic brands that generate over $1 billion in revenue. Coca-Cola owns a whopping 15 of them

48. The red and white Coca-Cola logo is recognized by 94% of the world's population.

49. If you stacked up Coke's 2.8 million vending machines, they would take up 150.2 million cubic feet of space - the size of 4 Empire State Buildings.

50. In 1985 New Coke was introduced which was not good. Consumers across the country banded together until the drink was redone. Coca Cola Classic hit stores shelves shortly after the biggest marketing mistake in history was made.

52. The Coca-Cola brand is worth an estimated $74 billion - more than Budweiser, Pepsi, Starbucks and Red Bull combined.

53. Coca-Cola's $35.1 billion in revenue makes it the 84th largest economy in the world, just ahead of Costa Rica.

54. Coke makes so many different beverages that if you drank one per day, it would take you over 9 years to try them all.

55. 3.1% of all beverages consumed around the world are Coca-Cola products.