Top 10 Most Beautiful Train Stations In The World 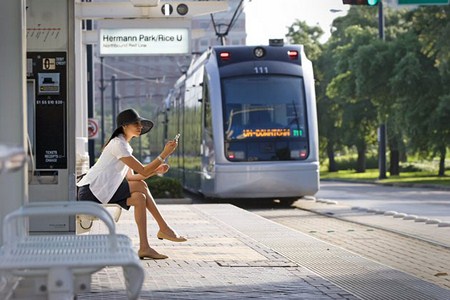 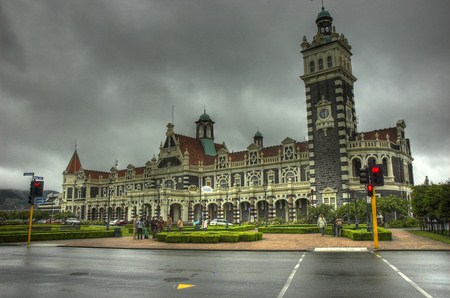 Dunedin Railway Station is located in Dunedin, in New Zealand's South Island. Designed by George Troup, the station is the fourth building to have served as Dunedin's railway station. It earned its architect the nickname of "Gingerbread George". 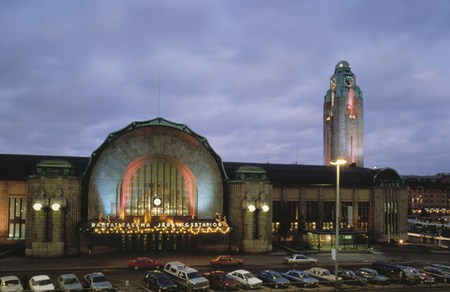 Helsinki Central railway station is a widely recognised landmark in central Helsinki, Finland, and the focal point of public transport in the Greater Helsinki area. The station is used by approximately 200,000 passengers per day, making it Finland's most-visited building. It serves as the point of origin for all trains in the local VR commuter rail network, as well as for a large proportion of long-distance trains in Finland. The station also hosts the Rautatientori metro station, which is the busiest station of the Helsinki Metro.
8. Sao Bento Station - Porto, Portugal 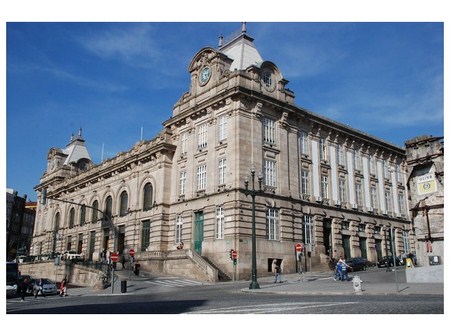 The São Bento Train Station is located in the city of Porto, in Portugal. Inaugurated in 1916, the historical station is known for its tile panels that depict scenes of the History of Portugal. It is located in the Almeida Garret Square, in the centre of the city. It remains in regular use as a railway station, served by trains operated by Comboios de Portugal. It is the western terminus for trains on the scenic Douro line to/from Pocinho. 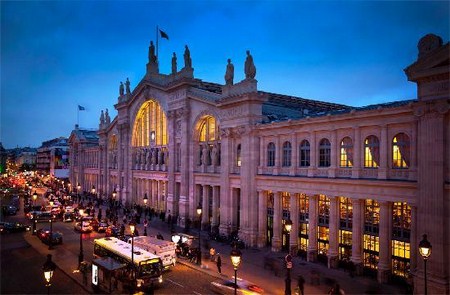 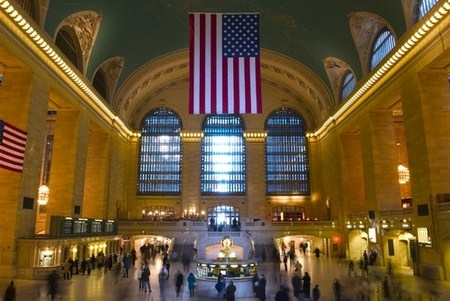 Grand Central Terminal colloquially called Grand Central Station, or shortened to simply Grand Central is a commuter rail terminal station at 42nd Street and Park Avenue in Midtown Manhattan in New York City, United States. Built by and named for the New York Central Railroad in the heyday of American long-distance passenger rail travel, it is the largest train station in the world by number of platforms 44, with 67 tracks along them. They are on two levels, both below ground, with 41 tracks on the upper level and 26 on the lower, though the total number of tracks along platforms and in rail yards exceeds 100. When the Long Island Rail Road's new station opens in 2016, Grand Central will offer a total of 75 tracks and 48 platforms. The terminal covers an area of 48 acres. 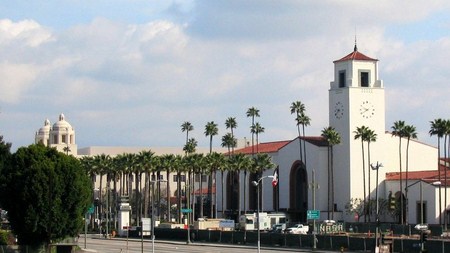 Los Angeles Union Station  is the main railway station in Los Angeles, California. The station has rail services by Amtrak (including Amtrak California state-sponsored lines) and Metrolink; light rail/subways are the Metro Rail Red Line, Purple Line, Gold Line. Bus rapid transport runs on the Silver Line. Bus services operate from the Patsaouras Transit Plaza on the east side of the station and others on the north side of the station.

The station opened in May 1939, one of a number of union stations in the United States and consolidated remaining service from its predecessors La Grande Station and Central Station. It was built on a grand scale and became known as "Last of the Great Railway Stations" built in the United States. 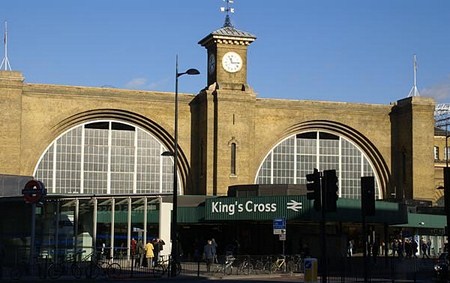 King's Cross railway station is a major London railway terminus, opened in 1852. It is on the northern edge of central London, at the junction of Euston Road and York Way, in the London Borough of Camden on the boundary with the London Borough of Islington. It is one of 18 UK stations managed by Network Rail.

King's Cross is the southern terminus of the East Coast Main Line, one of Britain's major railway backbones. Some of its most important long-distance destinations are Leeds, Newcastle and Edinburgh. It also hosts outer-suburban services to Bedfordshire, Hertfordshire and Cambridgeshire, and fast regional services to Peterborough and Cambridge. 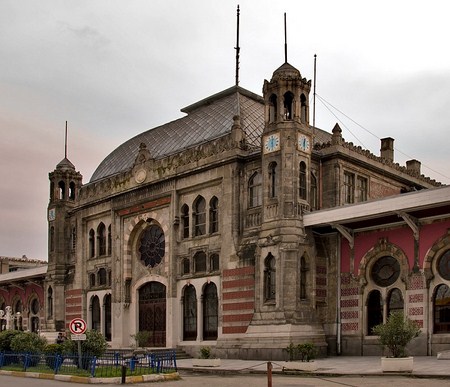 Istanbul Sirkeci Terminal, also known as İstanbul Terminal, is a terminus main station of the Turkish State Railways (TCDD) in Sirkeci, on the European part of Istanbul, Turkey. International, domestic and regional trains running westwards depart from this station which was inaugurated as the terminus of the Orient Express. 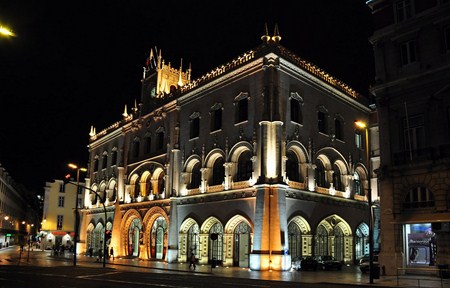 The Rossio Railway Station is a train station in Lisbon, Portugal, located in the Rossio square. The station was formerly known as Estação Central ( Central Station ) and that designation still appears in its façade. The Station was commissioned by the Portuguese Royal Railway Company and was designed between 1886 and 1887 by Portuguese architect José Luís Monteiro. It was built in one the most important squares of Lisbon, the Rossio, and connected the city to the region of Sintra. 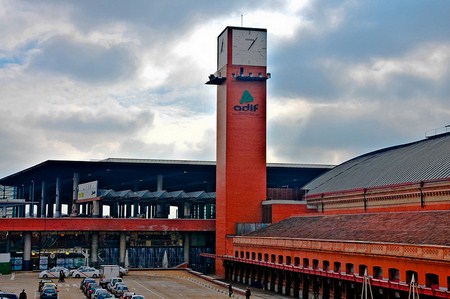 Madrid Atocha is the largest railway station in Madrid. It is the primary station serving commuter trains (Cercanías), intercity and regional trains from the south, and the AVE high speed trains from Barcelona (Catalonia), Saragosse (Aragon), Seville (Andalusia) and Valencia (Levante Region). These train services are run by the Spanish national rail company, Renfe.