Selena Marie Gomez who was born on July 22, 1992 is an American actress and singer best known for portraying Alex Russo, the protagonist in the Emmy Award-winning television series Wizards of Waverly Place.  Her career has expanded into the music industry. She is the lead singer and founder of the pop band Selena Gomez & the Scene. Now let us take a look at some interesting facts about such a famous teen celebrity... 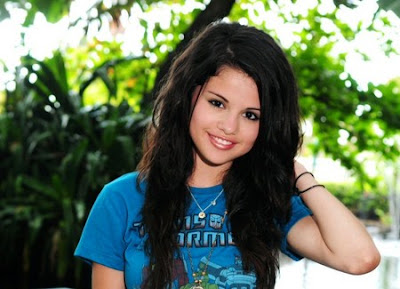 3. Her start as an actress was when she was cast on Barney & Friends at the age of seven.

5. Her parents divorced when she was 5 years old.

7. She adopted her dog named Chip from an animal shelter.

8. Selena was discovered by Disney in a nation-wide casting call.

9. Her mother, Mandy Cornett, remarried in 2006 to Brian Teefey.

13. Selena received a Mickey Mouse charm necklace as a gift from Disney Channel.

14. Selena appeared in a few episodes of Hannah Montana as Hannah's rival, Mikayla.

15. Selena Gomez is a huge fan of Cheryl Cole and wishes to record a duet with her.

17. Selena has said in Go Girl magazine that she would like invent 'Pickle Flavored Gum'.

21. Selena loves to surf and skateboard.

23. She starred as Grace in Monte Carlo which was released in October 2011.

24. Selena Gomez's album 'A Year Without Rain' was releasedin September 2010.

26. Selena had her first kiss when she was 12 years old with Dylan Sprouse.

28. Halloween is one of Selena's favourite holidays.

29. She is currently dating Justin Bieber.

32. Selena and Justin Bieber gave a newly-wed couple a wedding to remember — the duo crashed their wedding in Malibu and posed for the camera with the bride and groom.

33. Selena hasn't wear her purity ring since shes been with Justin Bieber.

34. During the National Council of La Raza's ALMA Awards, Selena Gomez won the award for comedy for her performance in Wizards of Waverly Place.

35. Her favourite sport is basketball.

37. Selena has a driving licence

39. Selena and Justin first met in 2009, when Justin's manager called Selena's mother, who's also her manager, to set up a meeting between the two.

42. Her previous relationship was with Nick Jonas of The Jonas Brothers.

43. For her 2011 music video "Love You Like A Love Song", Gomez had horses spray-painted pink. This led to accusations from PETA and singer Pink about the treatment of the animals.

45. She went to Danny Jones Middle School located in Texas.

46. Her favourite band is Paramore.

47. She is named after the famous Tejano singer Selena.

You May Also Like - 100 Interesting Facts About Justin Bieber

You May Also Like - 30 Interesting Facts About Brad Pitt