Top 10 Most Incredible Theft of All Time

Crime is the breach of rules or laws for which some governing authority can ultimately prescribe a conviction. Crimes may also result in cautions, rehabilitation or be unenforced. One of the common and most frequently occurring crime is robbery or theft or heist. A heist is a term used to describe a robbery from an institution such as a bank or a museum, or any robbery in which there is a large haul of loot. So, here we bring you the 10 most incredible heist in the history. Take a look... 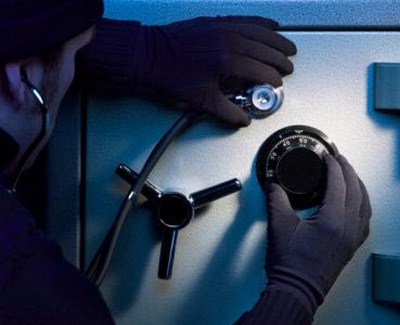 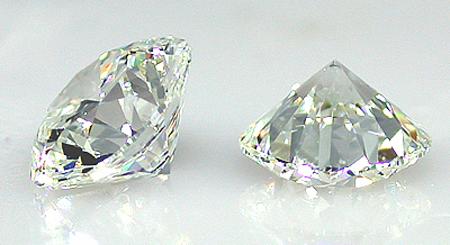 On Feb 25, 2009, three masked robbers boldly busted into Kaufhaus Des Westens, the second largest department store in Europe. Via a rope ladder, the men were able to ransack the main floor without tripping any sensors or alarms. But what may have been a fatal error – leaving behind a single glove – ended up creating a bizarre situation. DNA found on the glove matched TWO people: identical twins identified as Hassan and Abbas O. German law requires that each person be individually convicted and because their DNA is so similar, neither can be exclusively pinned to the evidence. German police were forced to set them both free, and the third man has yet to be found. ( Link 1 | Link 2 ) 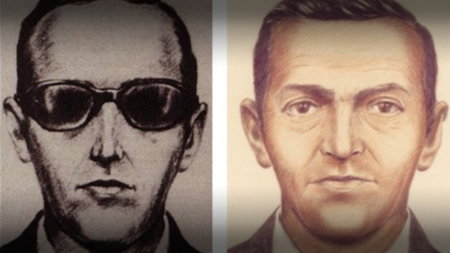 He's the world's most famous fugitive. On the night before Thanksgiving, November 24, 1971, a passenger by the name of Dan Cooper boarded a plane in Portland, OR bound for Seattle. Clad in a suit and raincoat, wearing dark glasses and carrying a briefcase, he sat silently in the back of the plane. After calmly lighting a cigarette, he ordered a whiskey from the stewardess and then handed her a note. It read, 'I HAVE A BOMB IN MY BRIEFCASE. I WILL USE IT IF NECESSARY. I WANT YOU TO SIT NEXT TO ME. YOU ARE BEING HIJACKED.' He demanded $200,000 and four parachutes delivered to him in Seattle. When the plane landed, he released all the passengers, save for the pilot, co-pilot, and stewardess. Once the money was delivered in the middle of the brightly-lit tarmac, Cooper demanded the pilot take off for Mexico, flying at an altitude of 10,000 feet. Shortly after takeoff, over the mountains northwest of Portland, the six-foot-tall Cooper strapped on a parachute and jumped. He was never heard from again. Did he survive? In 1980, roughly $6000 was found of the money in bundles on a beach, but no signs of a body. The case remains open and is the only unsolved crime in US aviation history. ( Link 1 |   Link 2 ) 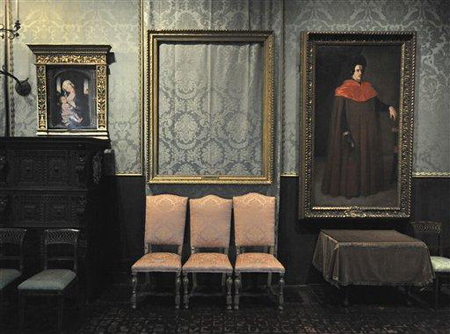 On March 18, 1990, Saint Patrick's Day, policemen arrived at the door of the Isabella Stewart Gardner Museum in Boston, claiming to have received a call about a disturbance. Breaking protocol, the security officer let them in. One of the men said he had a warrant for the guard's arrest, and they convinced him to step away from his post. Bad move: the “policemen” were really criminals in disguise, and they quickly handcuffed him and ordered him to call the other guard to the front, who was also subdued. The thieves absconded with 13 paintings, including masterworks by Rembrandt, Vermeer, and Degas, worth a third of a billion dollars. To this date, no one has been arrested in conjunction with the crime, nor have the paintings ever been recovered. Call it the Luck of the Irish. ( Link ) 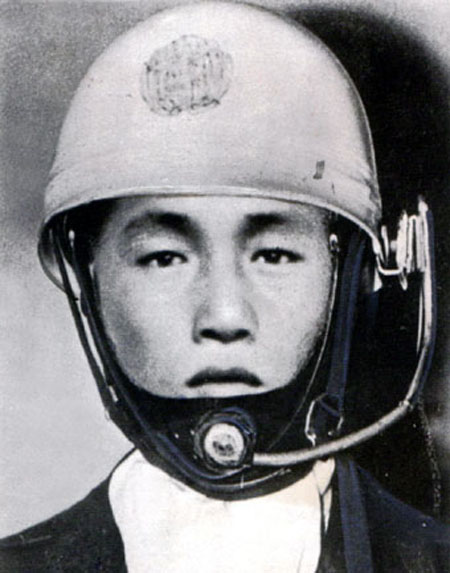 Tokyo, Japan, December 10, 1968 – A Nihon Shintaku Ginko Bank car, transporting 300 million Yen ($817,000 US) in its trunk, is pulled over by a policeman on a motorcycle, who warns them of a bomb planted underneath. Since there had already been bomb threats against the bank, the four passengers exited the vehicle as the uniformed patrolman inspected below the car. Moments later, smoke and flames could be seen under the vehicle, causing the men to run for cover. Of course, it turned out the smoke was from a flare and the cop was a phony. He jumped in the car and sped off with the loot. Even though there were 120 pieces of evidence, 110,000 suspects and 170,000 police investigators, the man was never caught. In 1975, the statute of limitations ended, and in 1988 all civil liabilities were voided, but still no one ‘fessed up. Come on now, this would make an incredible Movie-of-the-Week! ( Link ) 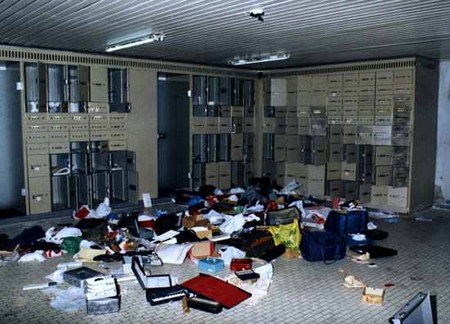 It's the largest diamond heist in history from the world's most impenetrable vault, located in Antwerp, Belgium. Two floors below the Diamond Centre, it was protected by a lock with 100 million possible combinations, as well as heat/motion sensors, radar, magnetic fields, and a private security force. On the weekend of Feb 15, using a series of moves that would make Danny Ocean jealous, the thieves were able to silently enter the vault, bust open the safe deposit boxes, and make off with the glittering loot. And although the purported ring leader Leonardo Notarbartolo was caught and sentenced to10 years, he has since been released on parole. Notarbartolo claimed in an interview in Wired Magazine that the true take was only $20 million and was part of a larger conspiracy involving insurance fraud. Whatever -- the loot was never recovered and everybody literally made off like bandits. ( Link ) 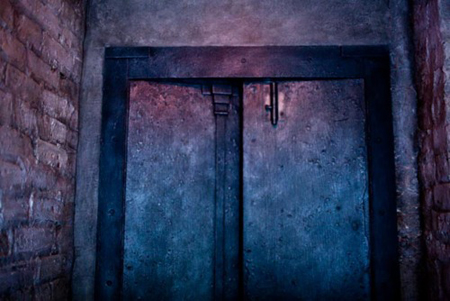 It's like something David Copperfield would have devised. On Friday October 7, 1977, before Columbus Day Weekend, a bank worker counted $4 million dollars in cash and stored it in a locked money cart within a heavily guarded vault, two floors below the Chicago First National Bank. Then poof! Tuesday morning, the money is counted again, and exactly $1 million dollars – in $50 and $100 dominations and weighing over 80 pounds – had vanished into thin air. In 1981, $2300 of the money showed up in a drug raid, but otherwise both the perpetrators and the cash are still at large. ( Link ) 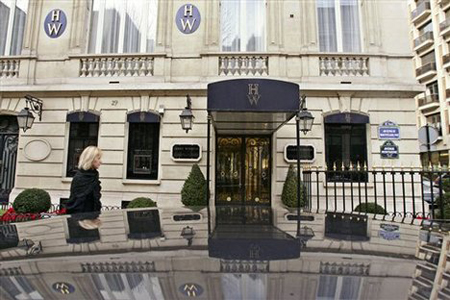 The winner for boldest burglary goes to the perpetrators of the so-calledHarry Winston Heist. On December 4, 2008, four men, three of whom wore long blonde wigs and disguised themselves as women, charmed their way into the famous Paris jewelry store just before closing time. Once inside, they brandished a .357 and a hand grenade and began their pillaging. Less than 15 minutes later they escaped with diamonds, rubies, and emeralds worth an estimated $108 million US. Investigators believe it to be the work of the notorious Serbian criminal gang The Pink Panthers, responsible for $132 million in robberies around the world, and have never been nabbed. ( Link ) 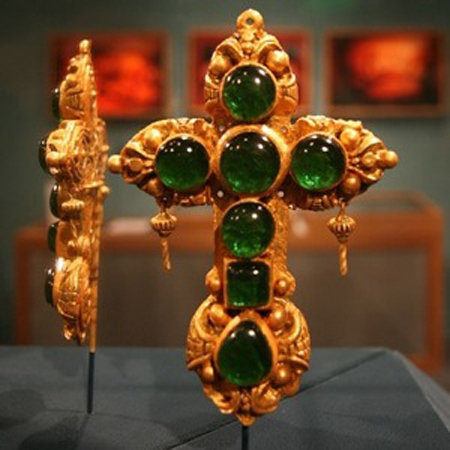 The Tucker Cross, named after diver Teddy Tucker who, in 1955, recovered it from the 1594 wreck of the San Pedro, was a 22-karat gold cross embedded with sparkling green emeralds and considered priceless. Nonetheless, Tucker sold it to the Government of Bermuda for an undisclosed sum. In 1975, the Cross was moved to the Bermuda Museum of Art to be displayed for Queen Elizabeth II. No one knows when or how, but during this transition, a clever thief replaced the original with a cheap plastic replica. Presumably, this historical artifact was melted down, stripped of its jewels, and funneled into the Black Market. ( Link ) 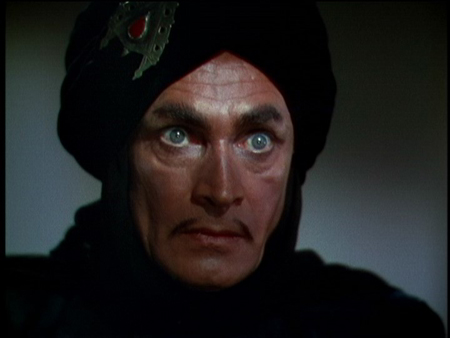 Yes, Saddam Hussein allegedly pillaged a billion dollars before the US-led invasion, but we all know what happened to him. On July 11th, 2007 a different Thief of Baghdad struck… and got away with it. Dar Es Salaam, a private financial institution, was knocked over by two, or possibly three guards, absconding with a third of a billion in cold, hard US bills. Perhaps the bank itself did not want people to start wondering where, how, and why it had so much cash at hand, so they have kept mum and there has been minimal press. Somewhere, SOMEBODY is rolling around naked in a wad of cash and laughing all the way from the bank. ( Link ) 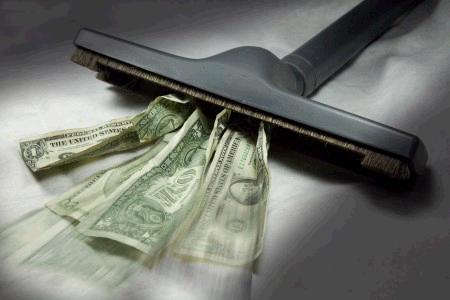 A group of criminals known as the gang à l’aspirateur–or the “vacuum gang”–has been successfully robbing supermarkets since 2006, using nothing more than a drill and a vacuum. Apparently this group of bandits has found a weakness in French supermarket chain Monoprix’s system of storing cash.

Envelopes of cash are funneled into the safe via pneumatic suction tubes by employees. Whereas breaching the safe itself might be considerably difficult, requiring explosives or safecracking, the thieves realized that if they just drilled into the delivery tubes near the safebox and hooked up a powerful vacuum, they could suck the money out and get at it much more easily.