15 Interesting Facts About Smiles And Laughter

Smiling is an universal language that is understood by everyone despite culture, race, or religion; it is internationally known. Cross-cultural studies have shown that smiling is a means of communicating emotions throughout the world even though there are large differences between different cultures. Smile often and the people around you will literally feel like a million bucks. Everyone loves the quote that “laughter is the best medicine,” and it's indeed true in real life. In fact, smiling can boost your mood and even your immune system. Now let's take a look at some more facts about smiles... 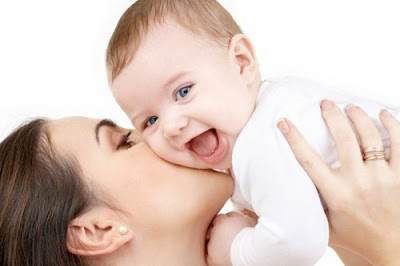 1. Forcing yourself to smile can boost your mood

Psychologists have found that even if you’re in bad mood, you can instantly lift your spirits by forcing yourself to smile.

2. It boosts your immune system

Smiling really can improve your physical health, too. Your body is more relaxed when you smile, which contributes to good health and a stronger immune system.

It’s not just a saying: smiling really is contagious, scientists say. In a study conducted in Sweden, people had difficulty frowning when they looked at other subjects who were smiling, and their muscles twitched into smiles all on their own.

Your body immediately releases endorphins when you smile, even when you force it. This sudden change in mood will help you feel better and release stress.

5. It’s easier to smile than to frown

Scientists have discovered that your body has to work harder and use more muscles to frown than it does to smile.

While hand shakes, hugs, and bows all have varying meanings across cultures, smiling is known around the world and in all cultures as a sign of happiness and acceptance.

7. We still smile at work

While we smile less at work than we do at home, 30% of subjects in a research study smiled five to 20 times a day, and 28% smiled over 20 times per day at the office.

Just smiling can require your body to use up to 53 muscles, but some smiles only use 5 muscle movements.

9. Babies are born with the ability to smile

Babies learn a lot of behaviors and sounds from watching the people around them, but scientists believe that all babies are born with the ability, since even blind babies smile.

10. Smiling helps you get promoted

Smiles make a person seem more attractive, sociable and confident, and people who smile more are more likely to get a promotion.

11. Smiles are the most easily recognizable facial expression

People can recognize smiles from up to 300 feet away, making it the most easily recognizable facial expression.

Generally, women smile more than men, but when they participate in similar work or social roles, they smile the same amount. This finding leads scientists to believe that gender roles are quite flexible. Boy babies, though, do smile less than girl babies, who also make more eye contact.

13. Smiles are more attractive than makeup

A research study conducted by Orbit Complete discovered that 69% of people find women more attractive when they smile than when they are wearing makeup.

14. There are 19 different types of smiles

UC-San Francisco researcher identified 19 types of smiles and put them into two categories: polite “social” smiles which engage fewer muscles, and sincere “felt” smiles that use more muscles on both sides of the face.

Most doctors believe that real smiles occur when babies are awake at the age of four-to-six weeks, but babies start smiling in their sleep as soon as they’re born.