Being taller is not always an easy job. Being tall has many advantage in most of the aspects of life and if you look it from a professional point of view then tall people have many more plus points then a normal heighted person because this being a tall ability enhances their personality and impression as well. Especially when it comes to military or army, then tall people with good physique are preferred the most. 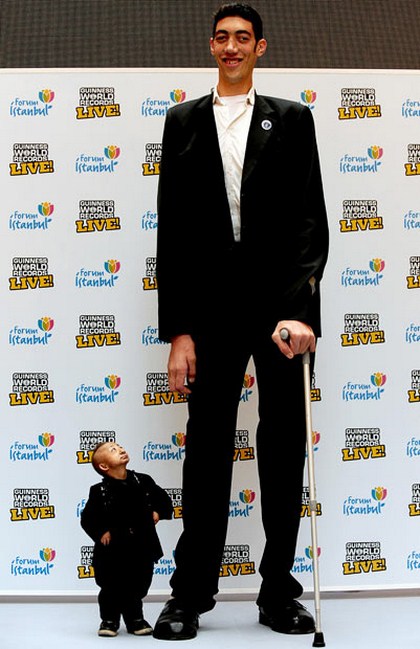 But that's not the case always, people with enormous height too face some problem in their life since they are not like the rest of the people with normal height. It's to be noted that the tallest man in the history confirmed by Guinness World Records was Robert Wadlow with the height of 8 feet and 11.1 inches who died in 1940. There are many people who have crossed the height of 8 feet but most of them passed away except a few. Here we bring you the list of top ten tallest man who are still alive as of 2012. Take a look... 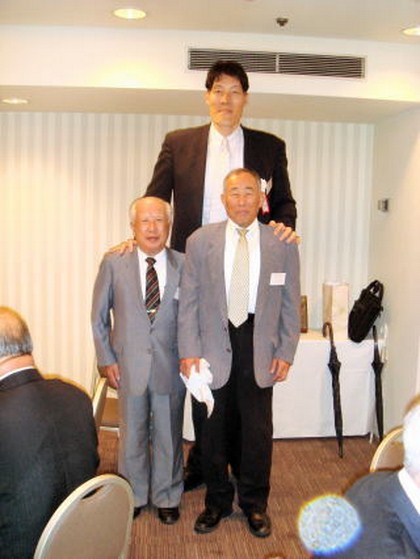 Yasutaka Okayama, who was born on November 29, 1954 in Kumamoto Prefecture, Japan was the tallest basketball player drafted in National Basketball Association history. This 7'8" center was selected by the Golden State Warriors as the 10th pick of the eighth round of the 1981 Draft, although he did not sign with them.

Okayama practiced Judo at junior high school and high school, and obtained a second degree black belt. He started playing basketball when he was eighteen at Osaka University of Commerce. He attended the University of Portland but never played for their basketball program as he was a project. After graduation, he joined the basketball club of Sumitomo Metal Industries. He represented Japan between 1979 and 1986 before he retired in 1990. He still works for Sumitomo Metal and is very active as a basketball coach. He has also written a book for young basketball players. He is known popularly as the tallest Japanese as well tallest to be drafted into the NBA at 2.34 meters ( 7 ft 8 in ). 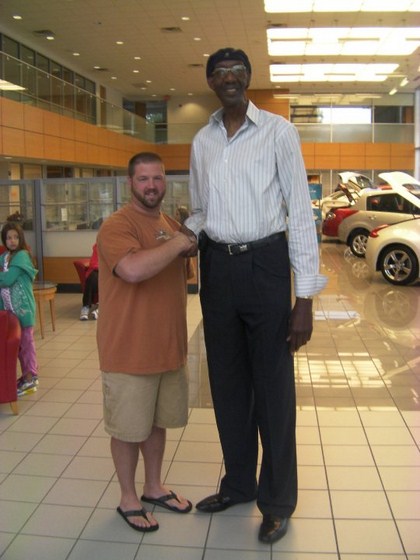 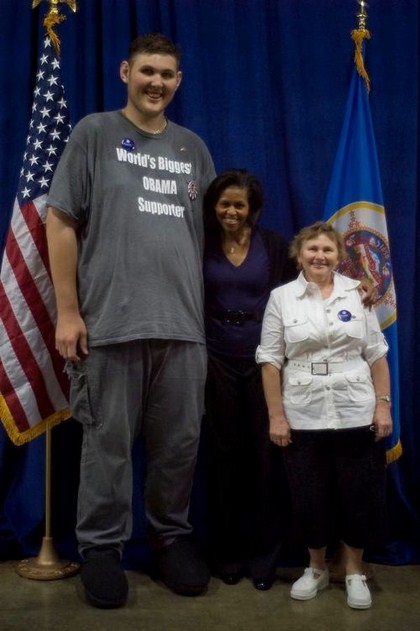 Igor Vovkovinskiy basically belong Ukraine and moved to Rochester, Minnesota for his treatment. One of the most astonishing things which you will come to know is this that Igor Vovkovinskiy was more than 6 feet tall at the age of only 7 and weighed 200 pounds. This huge giant also has the honor of being called one of the biggest supporters of Barrack Obama. According to Igor it sometimes gets very difficult to manage the things because of his huge height. The measured height of this tall guy is 7 feet and 8.33 inches which makes him the 8th tallest living person of the world. 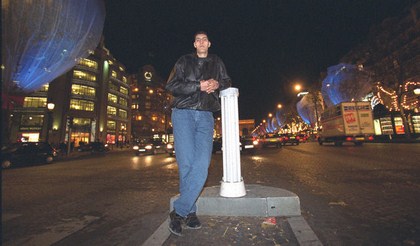 Ri Myung Hun belongs to North Korea and was born on 14th September 1967. Due to the tall height of Ri Myung Hun he was selected in the National Korean Basketball team and was one of the leading scorer and backbone player of his team. Ri Myung Hun is living in capital city of Pyongyang along with his wife and son and due the tall height of the father his son is also becoming a minor celebrity day by day. Ri Myung Hun biggest dream is to play in NBA (National Basketball Association) but due to the the cold war between North Korea and United states this dream is fading day by day. The measured height of this tall Basketball player is 7 feet and 8.5 inches which makes him the 6th tallest man alive on the planet now. 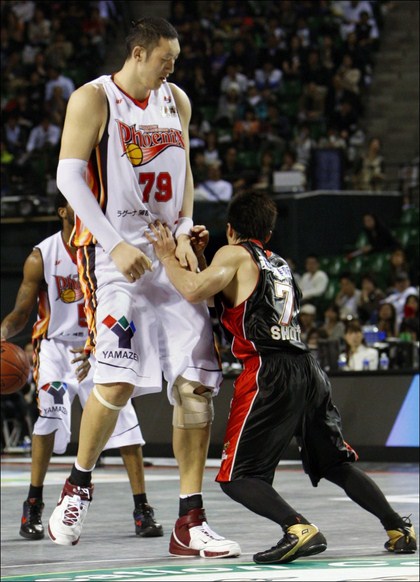 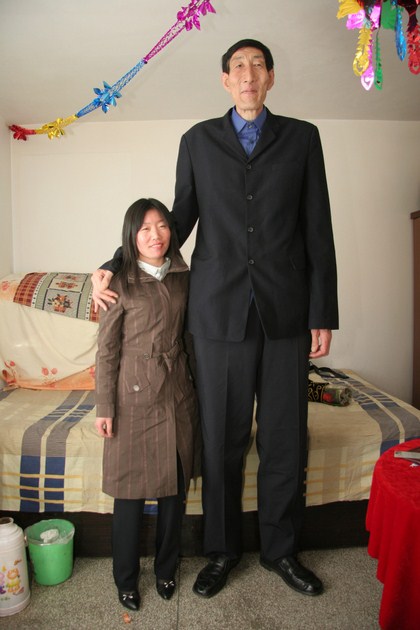 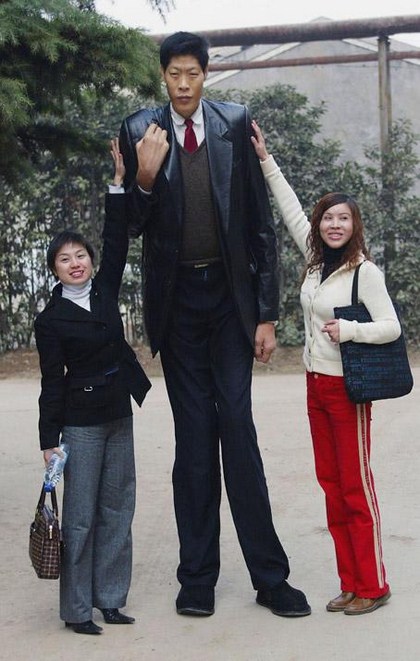 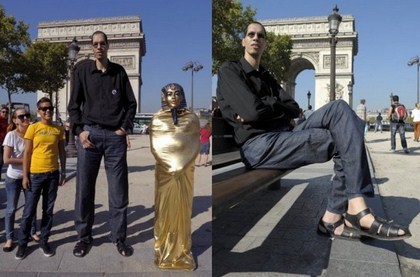 Takioullah was born in Guelmim, Morocco, in 1982. At the age of 18, he had been asked by his school doctor to get a blood test, for his "unusual" size. Diagnosed with acromegaly, Takioullah, in a single year had a metre high growth spurt. After obtaining his university degree in geography, a French doctor brought Takioullah to Paris in 2006, for treatment. A team of doctors in France are currently working on reducing his tumor which is affecting his pituitary gland. His orthopedic podiatrist, Jerome Liegeon, fitted him with a specially made pair of shoes, specifically designed to support his weight. 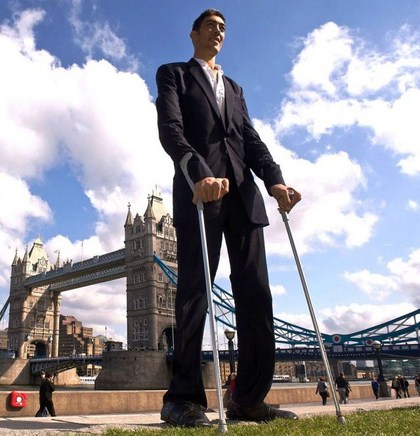