Donna Simpson of New Jersey, US, already weighs over 600 lbs., unlike other people in her situation, she doesn’t want to lose weight but actually gain more. she has set her goal at becoming the worlds fattest and ballooning to 1000 lbs. To do so, she is eating 12,000 calories per day, which is 6 times more than an average woman needs. 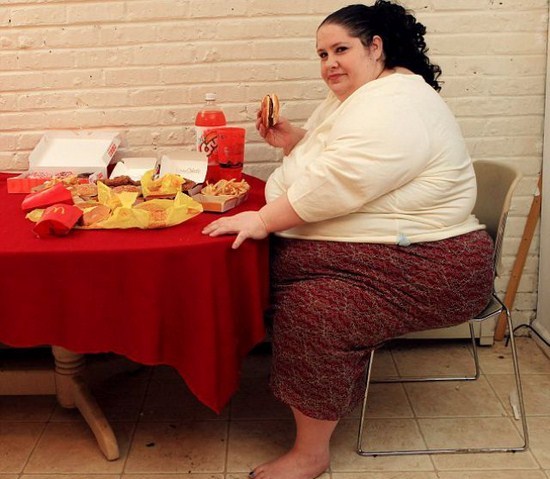 The only problem is that food is not free and she quickly felt that she would run out of money quickly if she continues to eat like this. So she opened her website where people can watch, after paying, how she is eating huge amounts of pizzas, hamburgers cakes and crisps. This gives her about 2,000 dollars of net earnings per month, almost covering her expenditure on food. 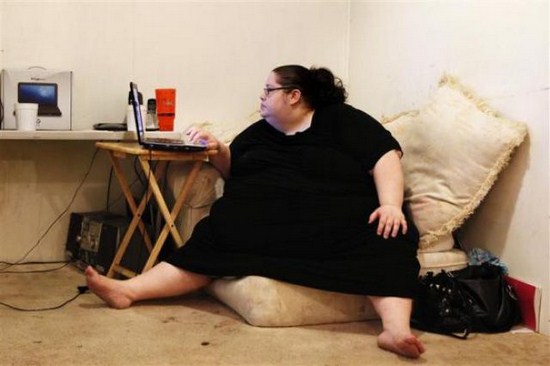 She already holds the Guinness Book of World Record at being the Worlds fattest mother, it took a team of 30 to deliver her baby. Now, she wants to gain even more weight, so that she can break into the Guinness Book of World Records as the world’s fattest woman. She says "she is as hungry for attention as she is for calorie-rich food." Most people see her as a woman who became famous for wanting to gain weight while the rest of the world was trying to slim down. 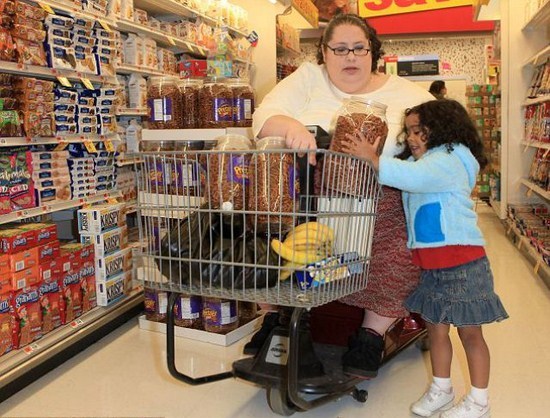 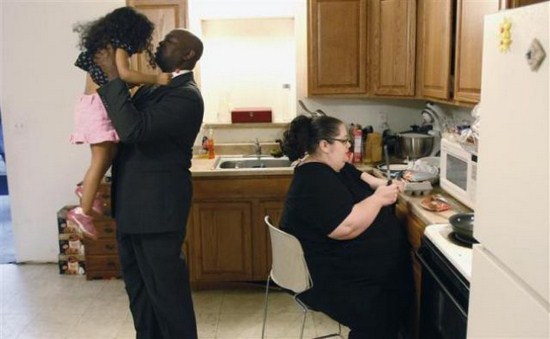 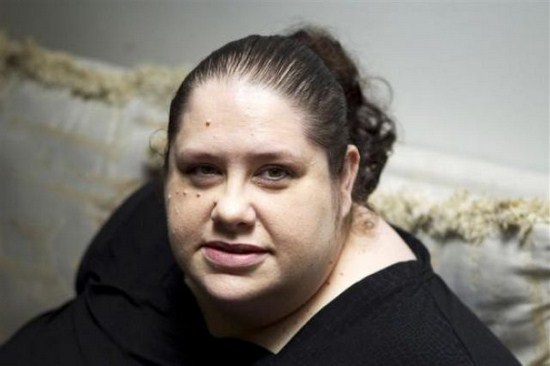 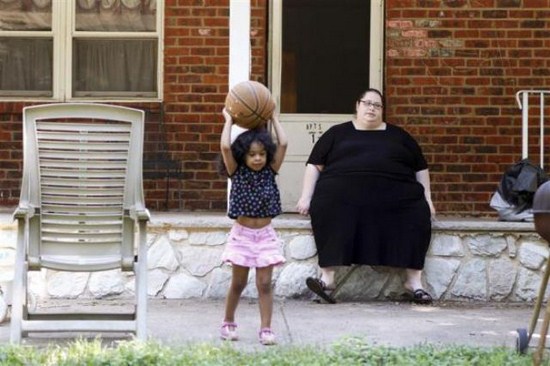 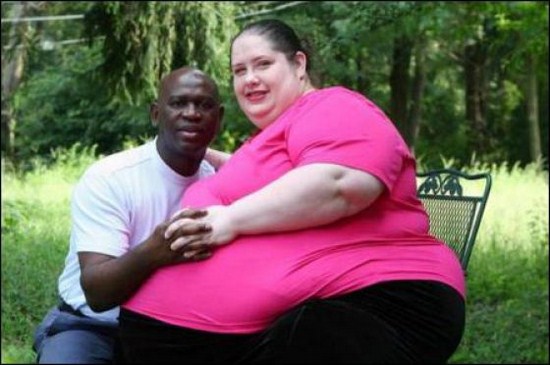 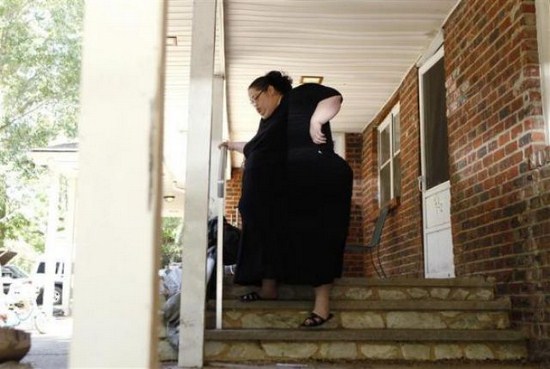 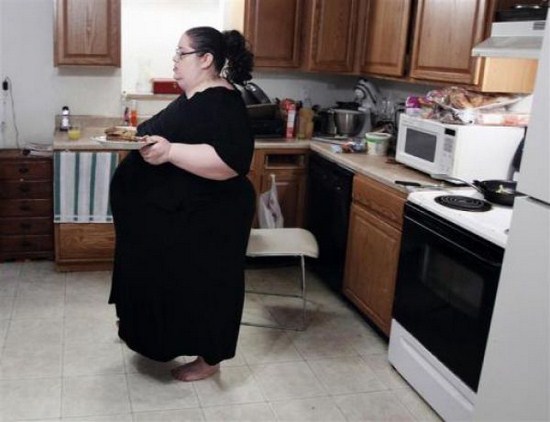 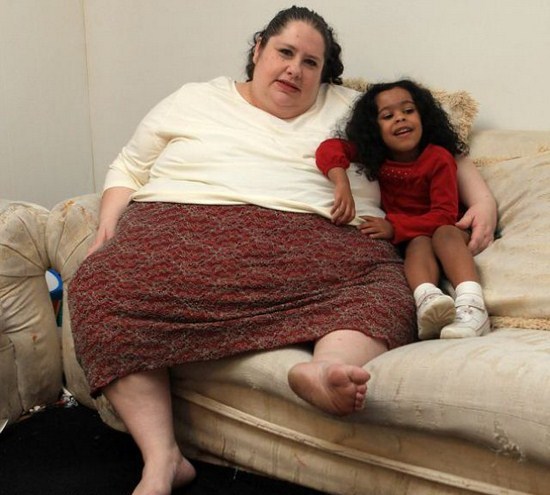