The world’s highest and longest tunnel-to-tunnel suspension bridge was opened to traffic recently in China.  The bridge, named the Aizhai Extra Large Suspension Bridge, will link together two tunnels 1,176 meters ( 3,858 ft. ) apart, and 355 meters ( 1,102 ft. ) above Hunan's Dehang Canyon. It connects two traffic tunnels in the mountains, cutting the time needed to traverse the canyon beyond it from 30 minutes to 1 hour. 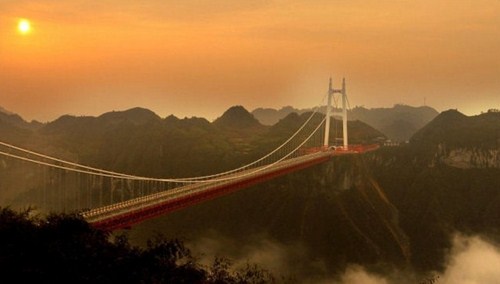 Construction of the bridge had started in October 2007, and has taken nearly five years, with most of the work finished at the end of  2011. The bridge is designed to help ease traffic in the area mainly caused by its numerous narrow, steep roads. Pedestrians can walk along it on a special walkway and take in views of the Dehang Canyon. 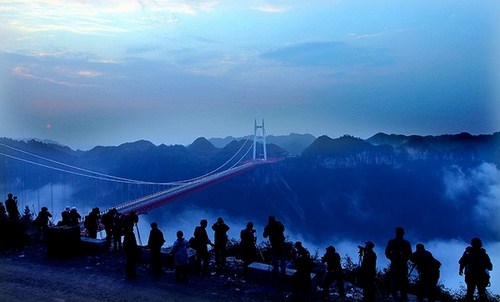 On the bridge cars and lorries can motor along a two-way, four-lane motorway at about 50mph. Pedestrians can also walk along it on a special walkway under the road.

The bridge is a key part of the Jishou-Chadong Expressway, a 64-kilometre road which has 18 different tunnels which cover about half of its length. It is hoped the bridge will help ease traffic jams which are common in the mountainous area which has narrow, steep and winding roads. The structure is supported by a base 78ft wide and the bridge is also dotted with 1,888 lights to increase visibility at night. 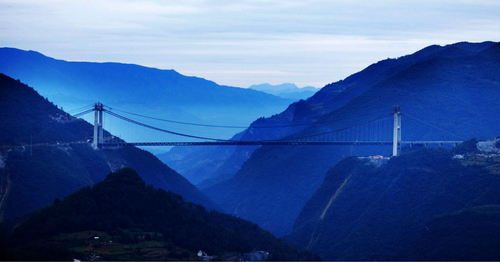 China also holds the record of the longest bridge in the world, the Danyang Kunshan Grand Bridge which is just over 100miles long and was built two years ago to carry the Beijing–Shanghai high-speed railway. Here are some more photo of this massive suspension bridge, Take a look... 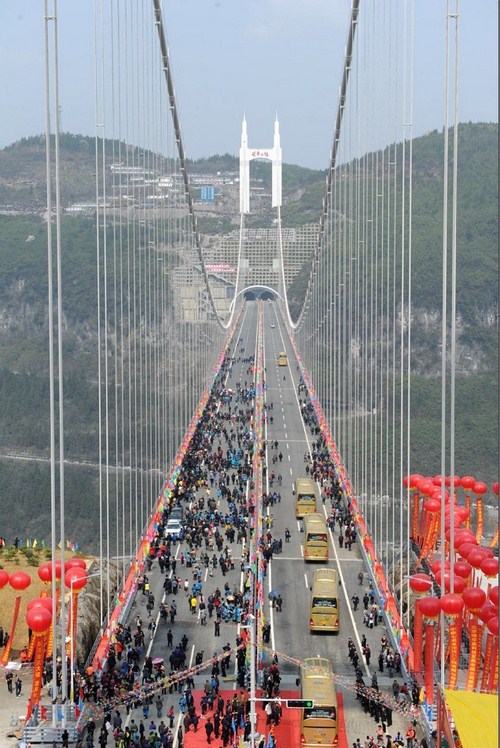 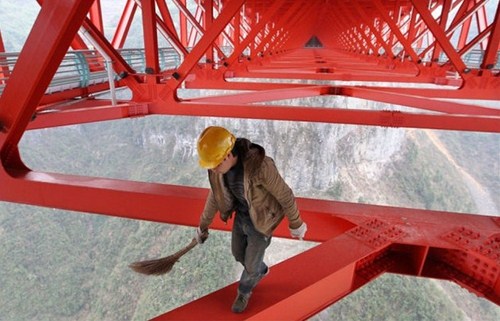 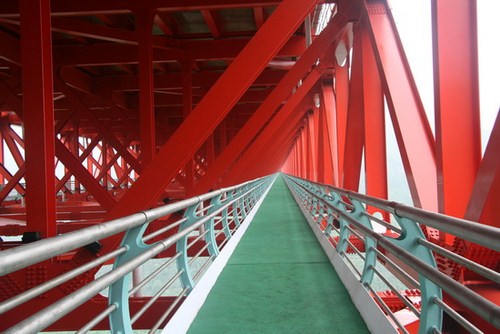 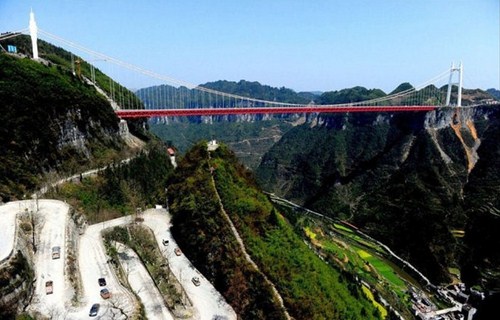 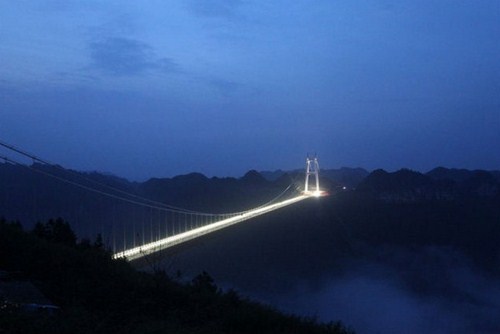 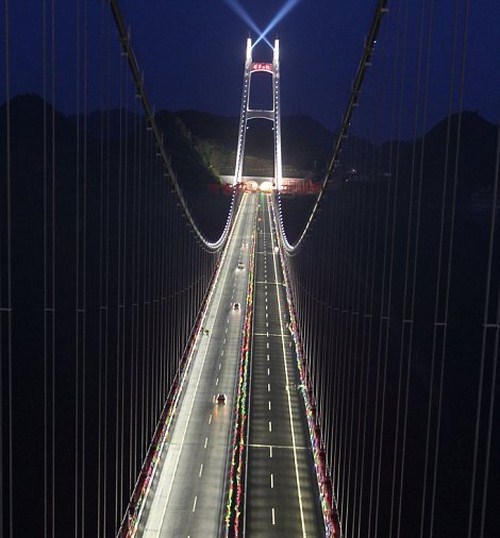 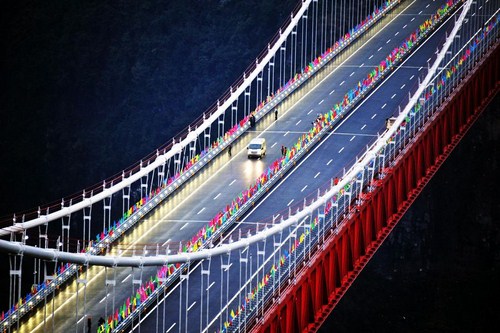 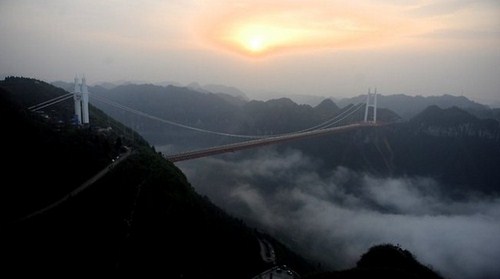