HMS Flake 99, the world’s first floating ice-cream truck, was seen sailing the river Thames, yesterday, trying to attract attention to the decreasing number of land ice-cream trucks in the UK. 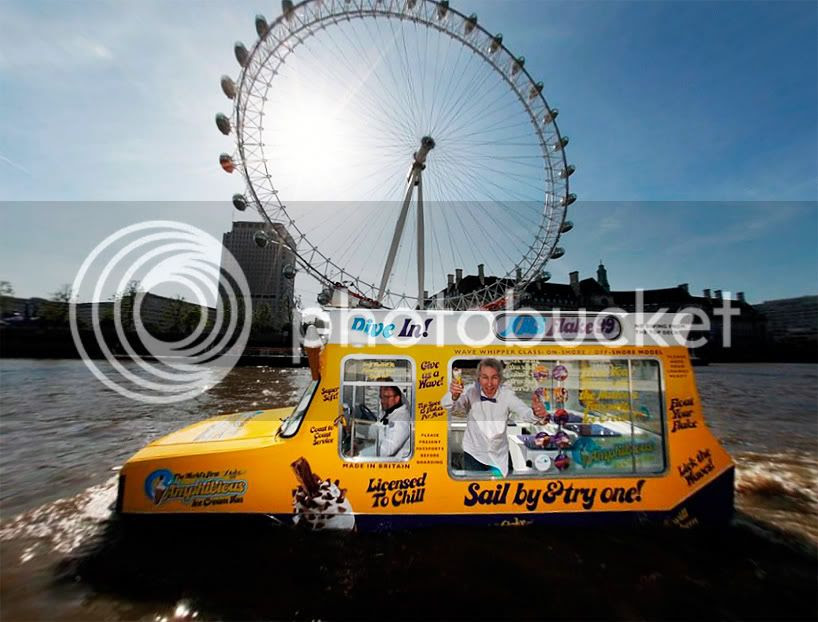 The mobile ice-cream business in England has definitely seen better days, as the number of ice-cream trucks has dropped from 20,000 to around 5,000, in the last 50 years. They have been banned in areas like housing estates, parks and outside schools due to concerns regarding childhood obesity and noise pollution, and the rising prices of ingredients and fuel don’t help much either. The bizarre HMS Flake 99 was created by Fredericks, the company who makes Cadbury’s ice-cream, hoping it will attract attention to the problem of ice-cream trucks in Britain. 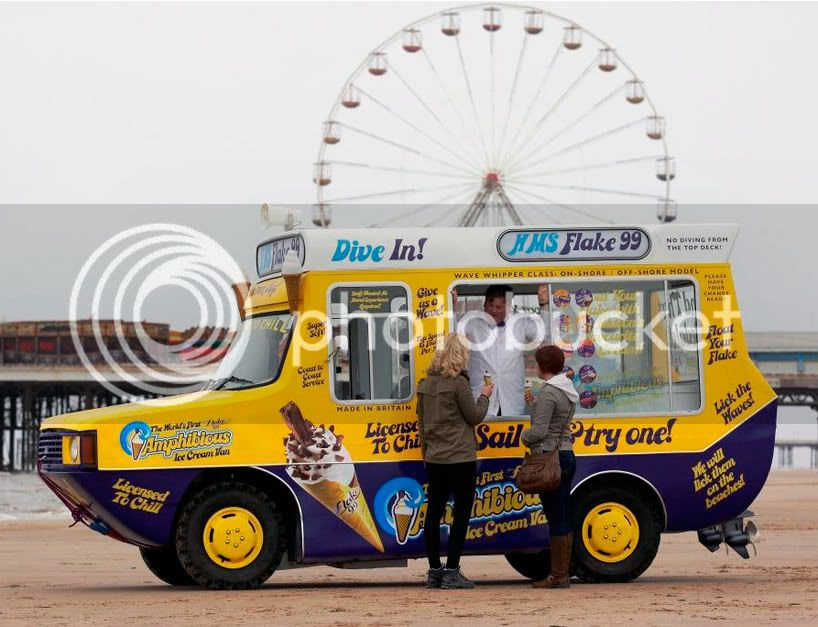 The world’s first amphibious ice-cream truck has sailed past the British Parliament, in London, yesterday, and after a tour of Britain’s beaches, it will embark on a voyage across the English Channel and on to the canals of Venince, next year. It has a top speed of just five knots so you’ll have no problem catching up to it in pretty much any motorized boat, and asking for a refreshing treat, wherever you are. 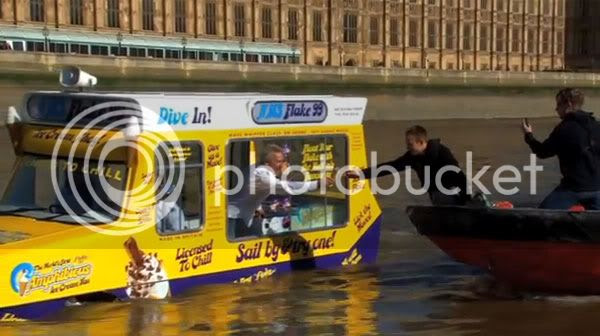 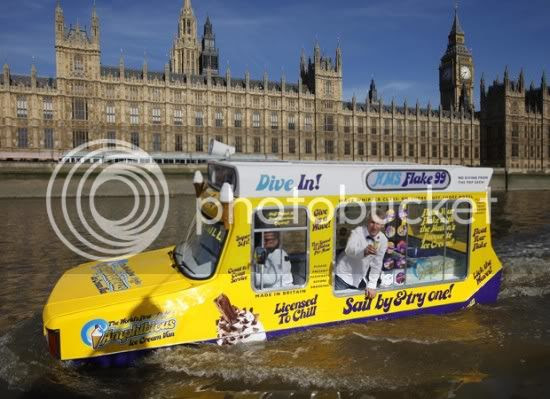 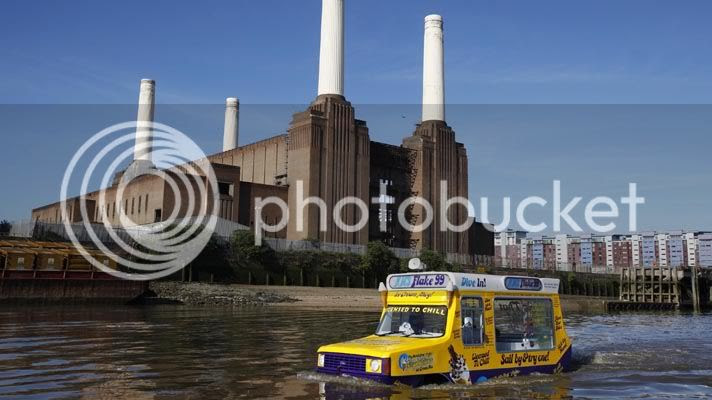 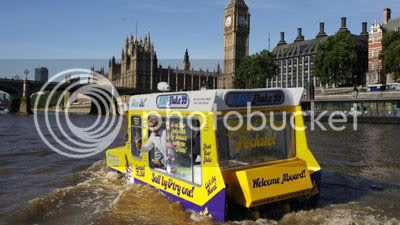