Things You Didn't Know About the Stealth Bomber

Northrop Grummans B-2 Spirit, more affectionately known as the Stealth Bomber, is one sexy, sneaky and sophisticated piece of technology. More an alien spaceship than US Aircraft, the Stealth Bombers iconic design is instantly recognizable unless of course its on a stealth mission. Below are ten things you might not have known about the worlds most expensive boomerang. 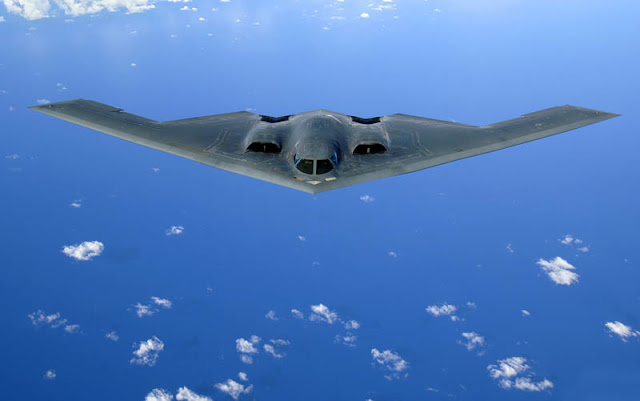 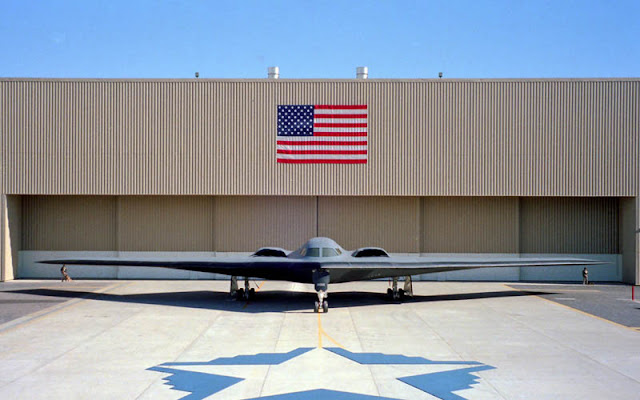 While no aircraft is totally invisible to radar, stealth aircraft prevent conventional radar from detecting or tracking the aircraft effectively, reducing the odds of a successful attack. Stealth is the combination of passive low observable (LO) features and active emitters such as Low Probability of Intercept Radars, radios and laser designators. These are usually combined with active defenses such as chaff, flares, and ECM. This philosophy also takes into account the heat, sound, and other emissions of the aircraft as these can also be used to locate it.

Twenty B-2s are operated by the United States Air Force. Though originally designed in the 1980s for Cold War operations scenarios, B-2s were first used in combat to drop bombs on Serbia during the Kosovo War in 1999, and saw continued use during the wars in Iraq and Afghanistan. One aircraft was lost in 2008 when it crashed just after takeoff; the crew ejected safely. B-2s were also used during the 2011 Libyan uprising. 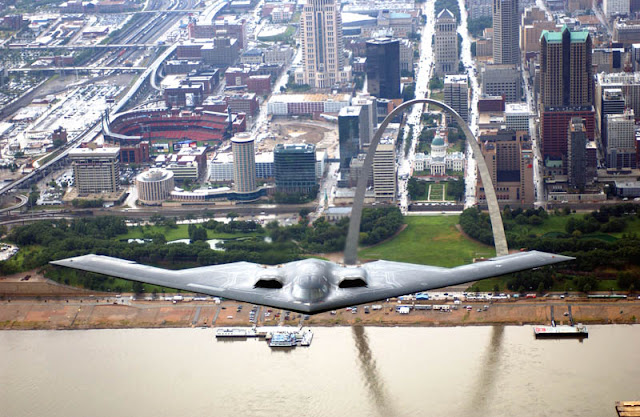 The bomber has a crew of two and can drop up to 80 500 lb (230 kg)-class JDAM GPS-guided bombs, or 16 2,400 lb (1,100 kg) B83 nuclear bombs in a single pass through extremely dense anti-aircraft defenses. The B-2 is the only aircraft that can carry large air to surface standoff weapons in a stealth configuration. 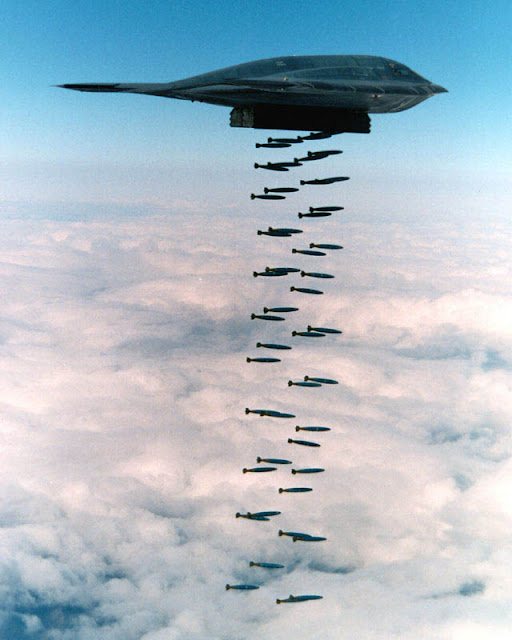 At the programs peak, approximately 13,000 people were employed at a dedicated plant in Pico Rivera, California for the aircrafts engineering and portions of its manufacturing. The B-2 was first publicly displayed on 22 November 1988, at Air Force Plant 42, Palmdale, California, where it was assembled. The B-2s first public flight was on 17 July 1989 from Palmdale. 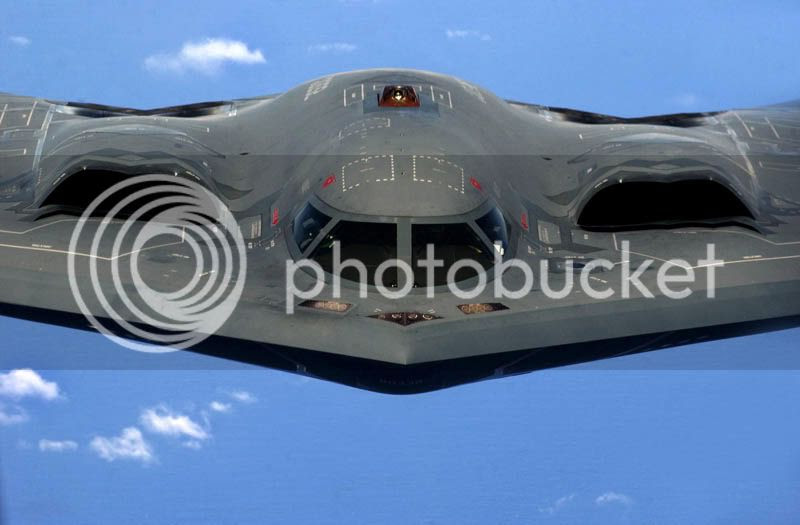 In 1984 a Northrop employee, Thomas Cavanaugh, was arrested for attempting to sell classified information to the Soviet Union, which apparently was smuggled out of the Pico Rivera, California factory. Cavanaugh was eventually sentenced to life in prison and released under parole in 2001. Noshir Gowadia, a design engineer who worked on the B-2s propulsion system, was arrested in October 2005 for selling B-2 related classified information to foreign countries. On 24 Jan 2011, Gowadia was sentenced to 32 years in prison. 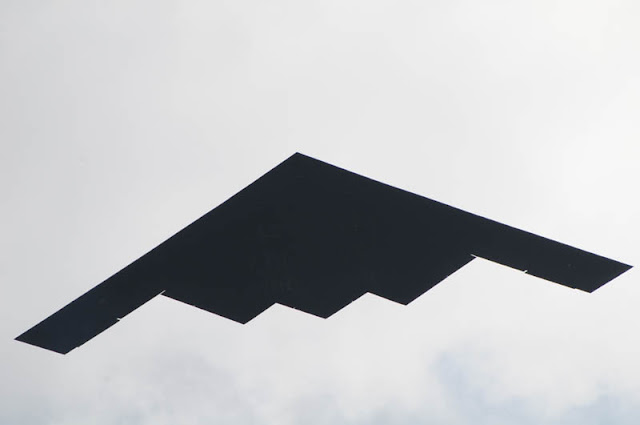 On 23 February 2008, the B-2 Spirit of Kansas crashed on the runway shortly after takeoff from Andersen Air Force Base in Guam. The B-2 logged 5,176 flight hours, and tt was the first crash ever of a B-2. The two person crew ejected safely from the aircraft and survived the crash. The aircraft was completely destroyed, a hull loss valued at US$1.4 billion. The cause of the crash was later determined to be moisture in the aircrafts Port Transducer Units during air data calibration. The moisture distorted the information being sent to the bombers air data system. As a result, the flight control computers calculated an inaccurate airspeed, and a negative angle of attack, causing the aircraft to pitch upward 30 degrees during takeoff. 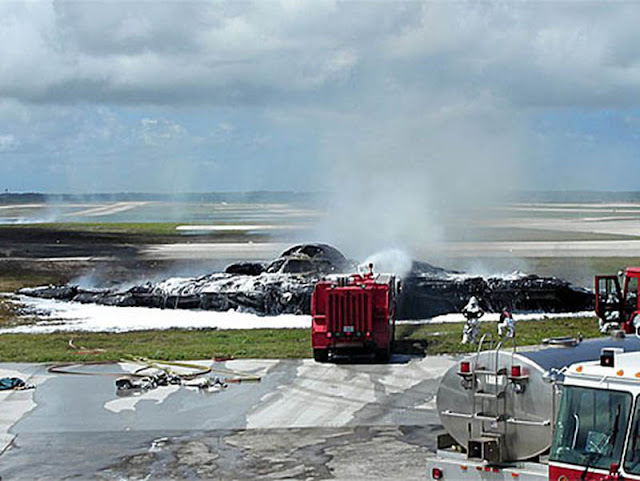 Each B-2 requires a climate-controlled hangar large enough for its 172-foot (52 m) wingspan to protect the operational integrity of its sophisticated radar absorbent material and coatings. The engines are buried within the wing to conceal the induction fans and hide their exhaust. 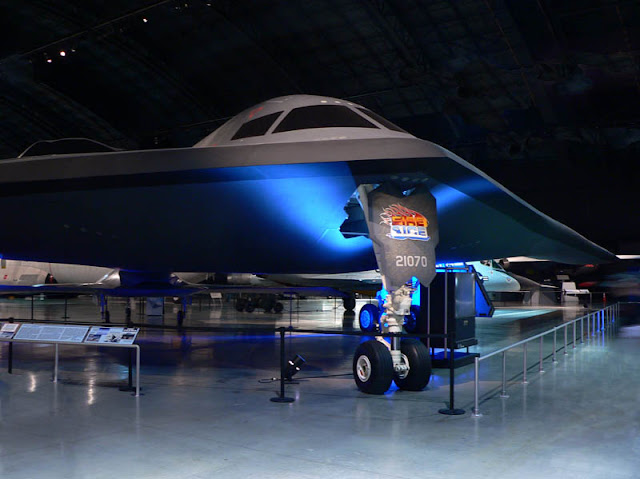 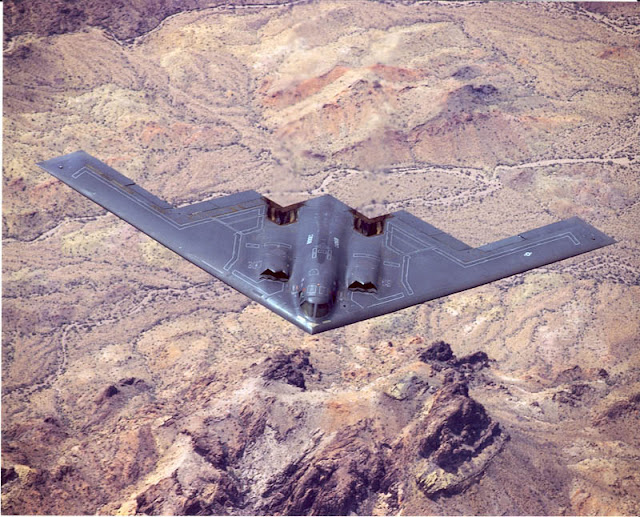 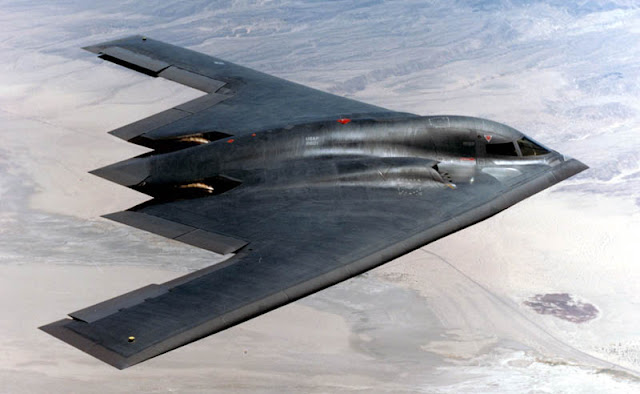 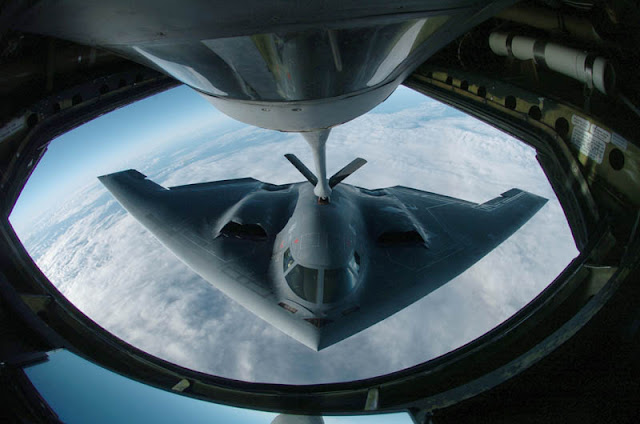 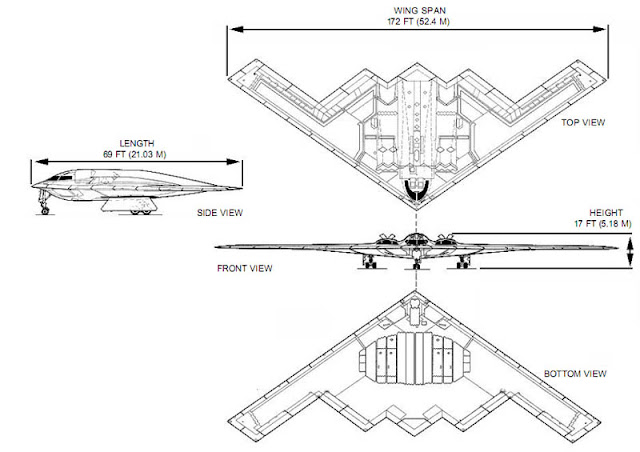