1. An x-ray showing a 17 centimetre (6.7 inches) pair of surgical scissors in the abdomen of 69-year-old Pat Skinner on April 20, 2004, in Sydney, Australia. Mrs Skinner had an operation at St.George hospital in Sydney’s south in May 2001, but continued to suffer intense pain and it was only when she insisted on an x-ray 18 months later that she discovered the scissors inside. Photograph: AP Photo/Rob Griffith. 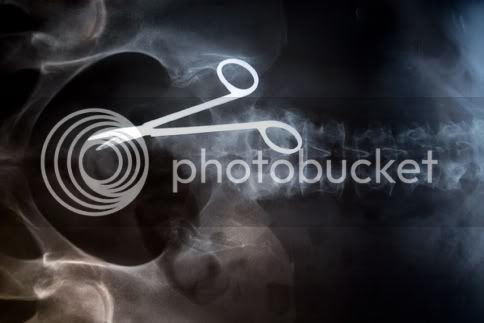 2. In this undated hand out picture supplied by the NSW police and released on April 24, 2009 shows an x-ray image of Chen Liu’s skull. Mr Liu’s badly decomposed body was found in marshland in Sydney’s south on November 1, 2009, after being shot repeatedly in the head with a high-powered nail gun. Photograph: AP Image/NSW Police/HO 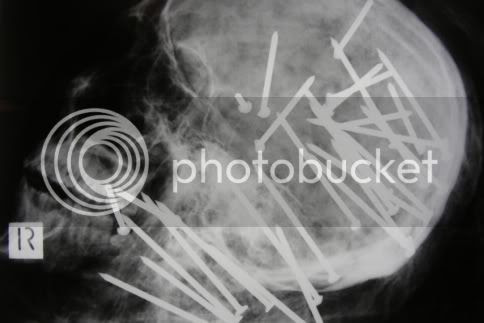 3. A doctor displays an X-ray of Mohammad Yusuf’s stomach that shows a liquor bottle on June 7, 2007, in Patna, India. Robbers accosted Yusuf, 30, and shoved the bottle up his rectum when he resisted. Photograph: AP Photo/A.P.Dube/Hindustan Times 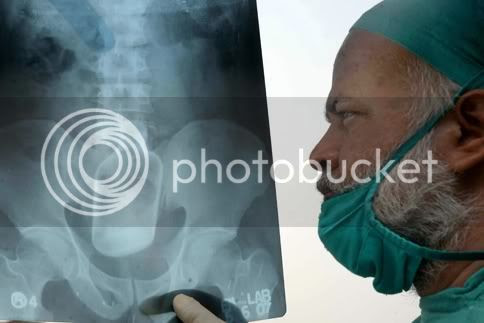 4. This image provided by the Direction of Penal Centres of El Salvador shows an x-ray taken of one of four prisoners at a maximum security prison in Zacatecoluca. Four cellular telephones were found in the intestines of as many prisoners in El Salvador’s maximum-security prison, authorities. Photograph: AP Photo/Centros Penales 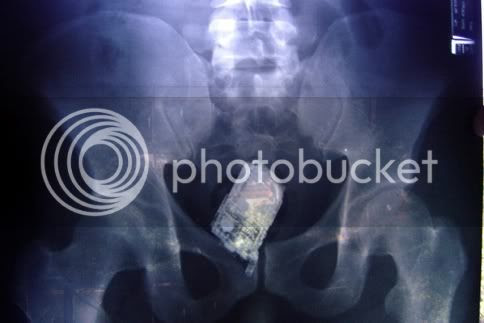 5. In this undated photo, an x-ray image of Chinese woman, Luo Cuifen, 29, released by Richland International Hospital, needles are seen in her body. Chinese surgeons planned to begin removing 23 needles from Luo, possibly imbedded under her skin by grandparents trying to kill her so that a baby boy might take her place, a hospital spokesman. Photograph: AP Photo/Richland International Hospital/HO 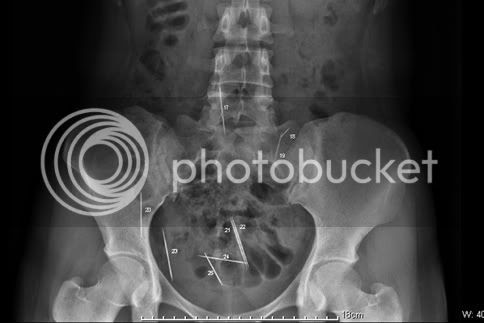