10 Cancer Symptoms that You Are Most Likely to Ignore...

Routine tests and checkups, like pap smears and colonoscopies, are important -- but don't rely on tests alone to protect you from cancer. It's just as important to listen to your body and notice anything that's different, odd, or unexplainable. Although many of these symptoms could be caused by less serious conditions, they're worth getting checked out if they persist. You don't want to join the ranks of cancer patients who realize too late that symptoms they'd noticed for a long time could have sounded the alarm earlier, when cancer was easier to cure. Here is a list of 10 most Cancer Symptoms that You Are Most Likely to Ignore... 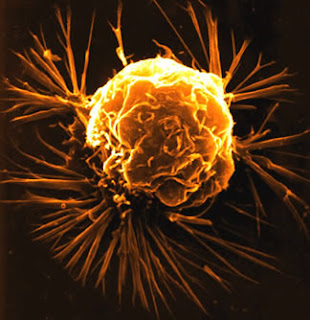 1. Wheezing or Shortness of Breath One of the first signs lung cancer patients remember noticing when they look back is the inability to catch their breath. "I couldn't even walk across the yard without wheezing. I thought I had asthma, but how come I didn't have it before?" is how one woman described it. Thyroid cancer can also cause breathing problems if a nodule or tumor begins to press on the trachea, or windpipe. Any breathing difficulties that persist are reason to visit the doctor. Most commonly associated with esophageal or throat cancer, difficulty swallowing is sometimes one of the first signs of lung cancer, too. A hoarse or low, husky voice or the feeling of something pressing on the throat can be an early indicator of thyroid cancer or a precancerous thyroid nodule, as can the feeling of having something stuck in your windpipe. These can be signs of leukemia, a cancer of the blood cells that starts in the bone marrow. Leukemia causes the marrow to produce abnormal white blood cells, which crowd out healthy white cells, sapping the body's infection-fighting capabilities. Often, doctors diagnose leukemia only after the patient has been in a number of times complaining of fever, achiness, and flu-like symptoms over an extended period of time. As simple as it sounds, a good old-fashioned bellyache is what tipped off a number of lucky folks, whose doctors ordered ultrasounds and discovered early that they had tumors on their livers. Stomach cramps or frequent upset stomachs may indicate colorectal cancer; many cancer patients say their doctors thought they had ulcers. "I kept having to sit down at work, and one night I was too tired to drive home," said one woman in describing the fatigue that led her to discover she had leukemia. Generalized fatigue and weakness is a symptom of so many different kinds of cancer that you'll need to look at it in combination with other symptoms. But any time you feel exhausted without explanation and it doesn't respond to getting more sleep, talk to your doctor. If you notice the pounds coming off and you haven't made changes to your diet or exercise regime, you need to ask why. Weight loss is an early sign of colon and other digestive cancers; it's also a sign of cancer that's spread to the liver, affecting your appetite and the ability of your body to rid itself of wastes. Unexplained changes to the fingernails can be a sign of several types of cancer. A brown or black streak or dot under the nail can indicate skin cancer, while newly discovered "clubbing" -- enlargement of the ends of the fingers, with nails that curve down over the tips -- can be a sign of lung cancer. Pale or white nails can be an indication that your liver is not functioning properly, sometimes a sign of liver cancer.


8. Chronic "Acid Stomach" or Feeling Full After a Small Meal The most common early sign of stomach cancer is pain in the upper or middle abdomen that feels like gas or heartburn. It may be aggravated by eating, so that you feel full when you haven't actually eaten much. What's particularly confusing is that the pain can be relieved by antacids, falsely confirming your conclusion that it was caused by acid in the stomach, when it's more than that. If you have frequent bouts of acid stomach, an unexplained abdominal ache, or a full feeling after meals even when you're eating less than normal, call your doctor. If you just ate half a pizza, heartburn is expected. But if you have frequent episodes of heartburn or a constant low-level feeling of pain in the chest after eating, call your doctor and ask about screening for esophageal cancer. Gastroesophageal reflux disease (GERD) -- a condition in which stomach acid rises into the esophagus, causing heartburn and an acidic taste in the throat -- can trigger a condition called Barrett's esophagus, which can be a precursor of esophageal cancer. Constipation, diarrhea, and changes in stools can all be signs of cancer. As with many other cancer symptoms, the way to tell if this is cause for concern is if it goes on for more than a few days without a clear cause, such as flu or food poisoning. People diagnosed with colon cancer say they noticed more frequent stools, as well as a feeling that their bowels weren't emptying completely. One of the early signs of pancreatic cancer is fatty stools, which can be recognized as frequent, large stools that are paler than normal and smelly. This is a sign that your body's not absorbing your food normally, and it should be brought to your doctor's attention.