Origin of some famous names...

There are many companies, brands, products whose names were derived from strange circumstances, things, happenings.... This was actually the financier's daughter's name. 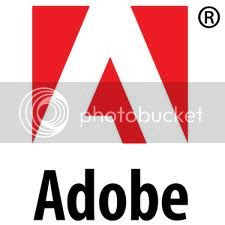 This came from name of the river Adobe Creek that ran behind the house of founder John Warnock. It was the favorite fruit of founder Steve Jobs. He was three months late in filing a name for the business, and he threatened to call his company Apple Computers if the other colleagues didn't suggest a better name by 5 O'clock that evening. It is not an acronym as popularly believed. It is short for San Francisco . This name was formed by using COMp, for computer, and PAQ to denote a small integral object.

The name was derived from the founder's name Dr. Michael Cowpland. It stands for COwpland REsearchLaboratory. The name started as a joke boasting about the amount of information the search-engine would be able to search. It was originally named 'Googol', a word for the number represented by 1 followed by 100 zeros. After founders- Stanford graduate students Sergey Brin and Larry Page presented their project to an angel investor, they received a cheque made out to 'Google' ...thus the name.

Founder Jack Smith got the idea of accessing e-mail via the web from a computer anywhere in the world. When Sabeer Bhatia came up with the business plan for the mail service, he tried all kinds of names ending in 'mail' and finally settled for hotmail as it included the letters "html" - the programming language used to write web pages. It was initially referred to as HoTMaiL with selective uppercasing. Bill Hewlett and Dave Packard tossed a coin to decide whether the company they founded would be called Hewlett-Packard or Packard-Hewlett. Bob Noyce and Gordon Moore wanted to name their new company ' Moore Noyce'but that was already trademarked by a hotel chain so they had to settle for an acronym of INTegrated ELectronics. Mitch Kapor got the name for his company from 'The Lotus Position' or 'Padmasana'. Kapoor used to be a teacher of Transcendental Meditation of Maharishi Mahesh Yogi. Coined by Bill Gates to represent the company that was devoted to MICROcomputer SOFTware. Originally christened Micro-Soft, the '-' was removed later on. Founder Paul Galvin came up with this name when his company started manufacturing radios for cars. The popular radio company at the time was called Victrola.

Larry Ellison and Bob Oats were working on a consulting project for the CIA (Central Intelligence Agency). The code name for the project was called Oracle (the CIA saw this as the system to give answers to all questions or something such). The project was designed to help use the newly written SQL code by IBM. The project eventually was terminated but Larry and Bob decided to finish what they started and bring it to the world. They kept the name Oracle and created the RDBMS engine. Later they kept the same name for the company. It originated from the Latin word 'sonus' meaning sound, and 'sonny' a slang used by Americans to refer to a bright youngster.

Founded by 4 Stanford University buddies, SUN is the acronym for Stanford University Network. Andreas Bechtolsheim built a microcomputer; Vinod Khosla recruited him and Scott McNealy to manufacture computers based on it, and Bill Joy to develop a UNIX-based OS for the computer. The word was invented by Jonathan Swift and used in his book 'Gulliver's Travels'. It represents a person who is repulsive in appearance and action and is barely human. Yahoo! Founders Jerry Yang and David Filo selected the name because they considered themselves yahoos.
No comments:

Top 10 Techies Who Changed The World

Steve Jobs, Apple – Maverick entrepreneur and co-founder of Apple, Steve Jobs is the current grandmaster of technology. Business savvy and a risk taker, Jobs is the visionary who redefined technology with world changing products like the Personal Computer, iPod, iPhone and iPad. Mark Zuckerberg, Facebook – Whizkid Zuckerberg almost single handedly transformed the Internet from a place people went to get information to a place they went to meet each other. Facebook gave the virtual world a patina of humanity, the real world a new medium of interpersonal relationships, and made Zuckerberg not only this generation's phenomenon, but also the second youngest billionaire in the world. Interesting fact: The youngest billionaire is Dustin Moskovitz – co-founder of Facebook and 8 days younger than Zuckerberg, his Harvard roommate Bill Gates, Microsoft – The Microsoft founder has passed the legion of supergeeks into the pantheon of technological demi-gods. The richest man in the world from 1995 to 2007 is currently the second richest. He holds 8 percent of Microsoft stock and now functions as the non-executive chairman of the company. Over the years, Gates and wife Melinda have made philanthropy their primary concern and recently pledged to give away at least half their fortune to charity with time. Linus Torvalds, Linux – This Finnish engineer is virtually unknown outside the inner circles of technology, yet he is among the most influential figures in software development. A believer in open source software, Torvalds initiated thedevelopment of the Linux Kernel. He now acts as the coordinator of the project. The Linux operating system runs the 10 fastest supercomputers in the world and a diverse range of hardware including the smallest of devices. A modified version of the Linux kernel powers the ubiqitous Android OS Jeffrey Bezos, Amazon – In 1994, this Princeton graduate started Amazon.com from his garage in Seattle and changed the face of online retail forever. He began with selling books online but soon diversified into, well, almost everything. Amazon made him a billionaire as well as Time magazine's person of the year in 1999. 11th Man: Woz – The other Steve who founded Apple with Steve Jobs was Steve Wozniak. Affectionately called Woz, he has been credited with developing the Apple I and Apple II computers in the 1970s. He no longer works full time with Apple, but is still a shareholder and employee of the company.