18 Famous Person With Incredible Acts of Longevity in Sports

Longevity, Commitment, Passion, Dedication, Hard work, Ability to adapt and the Desire to learn are the qualities that these great people in sports have. We will take a look at some of the famous sports persons who were at the top of their respective sports for a long time - their longevity is a tribute to their commitment, passion, dedication, hard work, adapting themselves to different situations and the never-ending desire to continue their learning process. 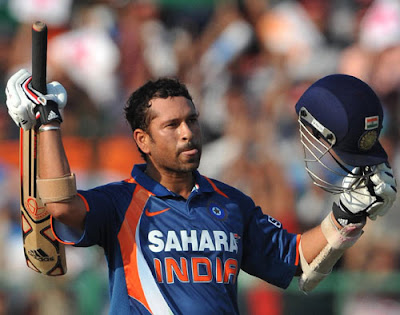 Sachin Tendulkar has been playing international cricket for 22 years and as can be expected of someone playing at the highest level for such a long time, he has a plethora of records to his name. Tendulkar now has another record to his name he has become the first cricketer to score 100 international centuries. 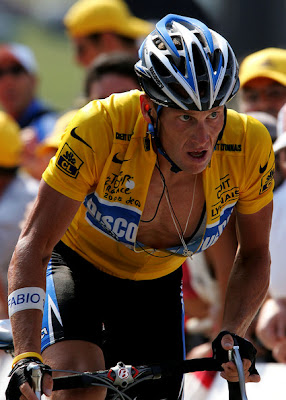 The former American road racing cyclist won the Tour de France a record seven consecutive times (1999 to 2005) this after having survived testicular cancer. He announced his retirement after the 2005 Tour de France, but returned to competitive cycling in January 2009 and finished third in the Tour that year. The now retired Armstrong has won plenty of awards but faced persistent allegations of doping for much of the second phase of his career; however none of them have ever been substantiated. Armstrong founded the Lance Armstrong Foundation in 1997. The foundation supports people affected by cancer and has raised more than $325 million from the sale of yellow Livestrong bracelets. 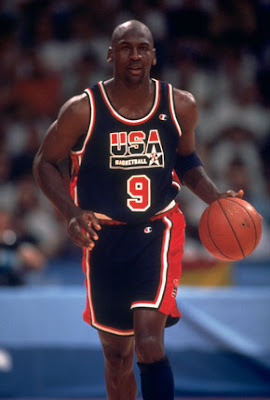 The greatest basketball player of all time, Jordan was instrumental in popularizing the National Basketball Association (NBA) around the world in the 1980s and 1990s. Jordan joined the Chicago Bulls in 1984 and quickly gained a reputation for being one of the best defensive players in basketball and also entertained crowds with his prolific scoring. He won the NBA championship with the Bulls in 1991, 1992 and 1993; and though he abruptly retired from basketball at the start of the 1993-94 season to pursue a career in baseball, Jordan rejoined the Bulls in 1995. The Bulls were champions again in 1996, 1997 and 1998. And, though he retired from basketball for a second time in 1999, Jordan returned and joined the Washington Wizards from 2001 to 2003. 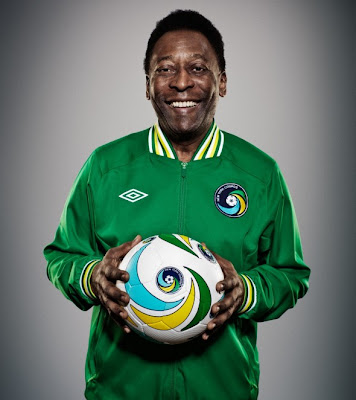 Pele made his club debut for Santos at the age of 15 and made his international debut for Brazil a year later before going on to win his first World Cup at 17. Pele mainly played as a centre forward and had an all-round game that included exceptional dribbling and passing, pace and prolific goal scoring. Pele, who is the only player to have won three World Cup medals, scored 760 official and 541 goals in league championships a total of 1281 goals in 1363 matches and is the top goal-scorer of all time. 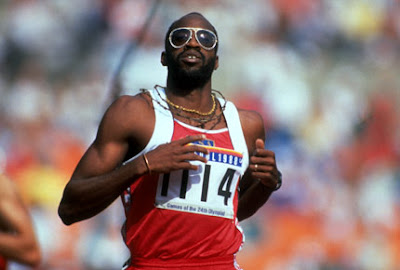 Moses won 107 consecutive finals and 122 consecutive races in the 400 metre hurdles between 1977 and 1987. During this period, Moses set the world record twice, won three World Cup titles, two World Championships and his second Olympic gold medal at the Los Angeles games in 1984 (his first Olympic gold was at the 1976 games in Montreal). Moses, who was elected as the first chairman of the Laureus World Sports Academy in 2000, was also a reformer in the areas of Olympic eligibility and drug testing. 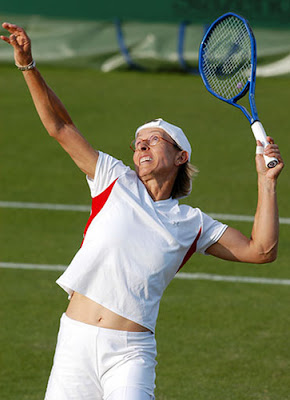 The last title of her glittering 31-year career was the 2006 US Open mixed doubles title that Navratilova won with Bob Bryan at the time she was a month shy of her 50th birthday! 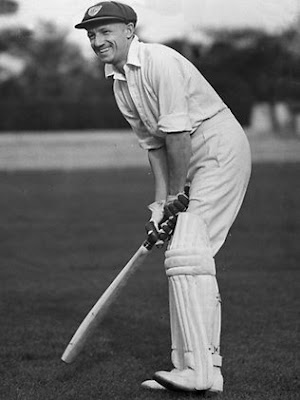 The greatest batsman in the history of cricket, "The Don" scored 6996 runs, including 29 centuries and 13 half-centuries in only 52 Test matches at a phenomenal average of 99.94 in his 20-year playing career. Such was the freedom with which he scored that England captain Douglas Jardine devised a controversial set of tactics known as Bodyline to keep Bradman in check. This would later develop into a diplomatic row between Australia and England. Bradman, who is an Australian icon, took to writing and also assumed administrative roles after his retirement. He was inducted into the ICC Cricket Hall of Hame on November 19, 2009. In his 20-year career, Bubka broke the world record for men's pole vault a mind-boggling 35 times (17 outdooor and 18 indoor records). He also won six consecutive IAAF World Championships and the gold medal at the 1988 Seoul Olympics. In his heyday, he was quite often voted the world's best athlete. Bubka is currently a vice-president of the IAAF and was designated UNESCO Champion for Sport in 2003. 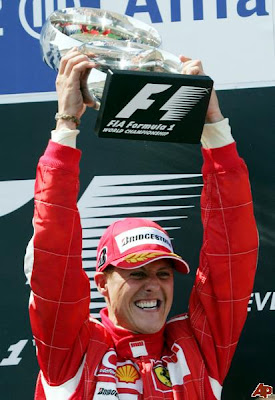 Schumacher is a seven-time World Champion and holds many of F1 driver records - including most championships, race victories, fastest laps, pole positions, points scored and most races won in a single season 13 in 2004. In 2002, he became the only driver in Formula One history to finish in the top three in every race of a season and then also broke the record for most consecutive podium finishes. He was awarded an FIA Gold Medal for Motor Sport in 2006 in honour of his racing career and his efforts to improve safety and the sport. 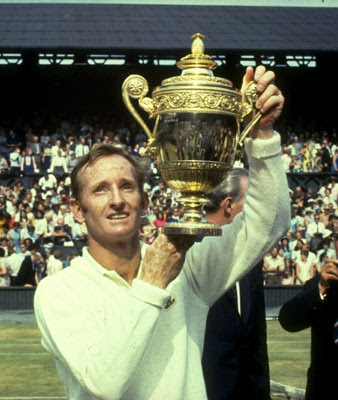 Tennis great Rod Laver holdd the record for most titles won during his career; and he was also ranked No. 1 from 1964 to 1970. He is the only tennis player to have twice won the Grand Slam twice (1962 and 1969). He is the first player, male or female, to have won the Grand Slam during the open era. Laver won eleven Majors and eight Pro Slams. Laver is the second and last male player to win each major title twice in his career. In 2000, the centre court at Melbourne Park, which today hosts the Australian Open, was named the Rod Laver Arena in his honour. 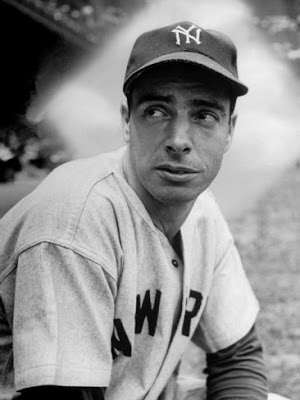 DiMaggio played for the New York Yankees during his 13-year Major League Baseball career and is best known for his 56-game hitting streak from May 15 to July 16, 1941. He was also a three-time MVP winner and 13-time All Star. DiMaggio, was in fact, the only player to be selected for the All-Star Game in every season he played. The Yankees won 10 League pennants and nine World Series championships during DiMaggio's career. The closest anyone has come to breaking DiMaggio's streak was Pete Rose, who hit in 44 straight games in 1978. 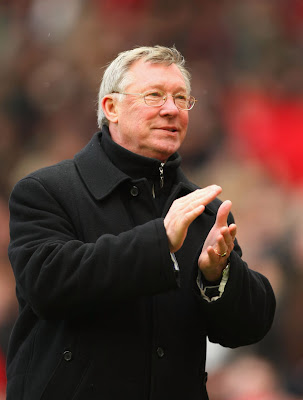 In his 25 years in charge at Old Trafford, Sir Alex has led Manchester United through an era of success and dominance both in England and Europe. He is not only the longest serving manager in Man United's history, but his tenure is also the longest of all the current League managers. When he took over, Man United was a struggling mid-table club and looked to be headed for troubled times, but Sir Alex changed things around gradually despite the fact he didn't have the easiest times in his first three years in charge.

Ferguson has rebuilt United's squads plenty of times over the years and it is a tribute to him as well as the club's youth system that the Red Devils have achieved so much success under him. United has won 37 titles under him, including 12 Premier League titles. United won their 19th English title in 2010-11 thus overhauling Liverpool's 18 titles to become the most successful club in English football. Sir Alex has been named Premier League Manager of the year 10 times and has won plenty of other managerial awards. In recognition of his services to the club, the Old Trafford North Stand was renamed the Sir Alex Ferguson Stand on November 5, 2011. 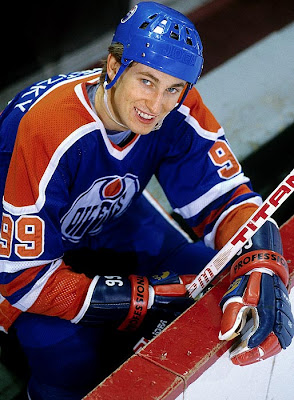 "The Great One" as he is popularly known, Gretzky has been called the "greatest hockey player ever" by his contemporaries as well as the National Hockey League. Gretzky used his strength, speed and reading of the game to overcome his unimpressive stature as can be gauged by the fact that he is the only NHL player to total over 200 points in one season not once, but four times. He also tallied over 100 points in 16 seasons, including 14 on the trot. At the time of his retirement, Gretzky held 40 regular season records, 15 playoff records and six All-Star records. 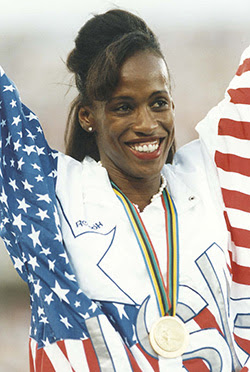 Joyner-Kersee is considered to be among the all-time greats in women's heptathlon and also in the long jump. She was the first woman to score over 7,000 points in a heptathlon event (during the 1986 Goodwill Games). Joyner-Kersee won the gold medal in heptathlon at the 1988 and 1992 Olympic Games and silver in the same event at the 1984 Olympics. She won the long jump gold medal at the 1988 Games and bronze in the same event at the 1992 and 1996 Olympics. She also won four gold medals at the World Championships (two each for heptathlon and long jump). Joyner-Kersee, who is considered to be the greatest female athlete of the 20th century, was also at home while competing in 100m hurdles and 200 metres. 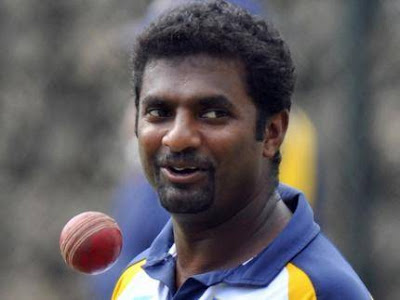 Former Sri Lankan off-spinner Muralitharan's bowling action was always under the scanner until biomechanical analysis and changes in ICC regulations proved his action was legal. Murali was a magician with the ball extracting prodigious spin on any pitch and is the only bowler to take 800 wickets in Test cricket. He is also the highest wicket-taker in ODIs with 534 wickets to his name. In his 19-year career, Murali took 67 fivers and 10 wickets in a match 22 times. He is also the only bowler to take 10 wickets in a match and 50 or more wickets against every Test playing nation. 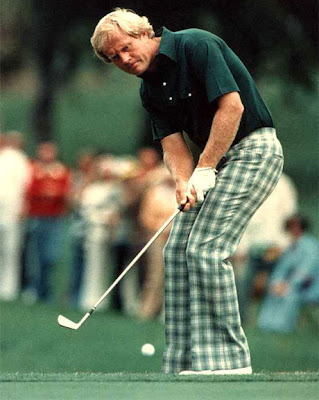 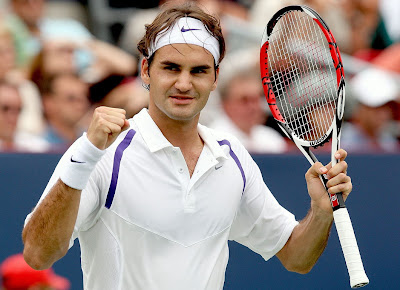 The Swiss ace may have hit a rough patch in 2011, but he has won a record 16 men's Grand Slam titles and is the only male player in the history of the game to reach the final of each Slam at least five times. Federer also reached the semi-finals of 23 consecutive Grand Slams between the 2004 Wimbledon and 2010 Australian Open. Federer, who has won 69 career titles, was ranked No. 1 in the ATP rankings for a record 237 consecutive weeks (285 overall). 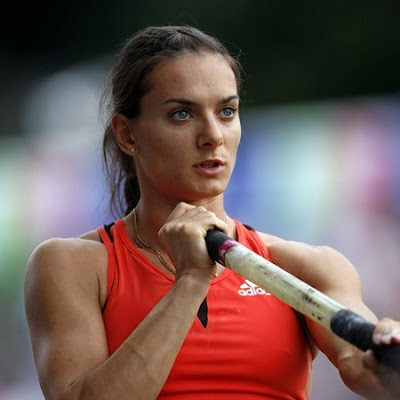 The 29-year-old Isinbayeva was vitually unbeatable between 2004 and 2009 as she won nine consecutive gold medals in indoor and outdoor championships as well as coming out on top at the 2004 and 2008 Olympic Games. The five-time world champion was the first woman to clear the five-metre barrier, a feat which she achieved in 2005. Isinbayeva has set 27 world records (15 outdoor and 12 indoor), and has also been named Female Athlete of the Year by the IAAF in 2004, 2005 and 2008.