It may look like a pit but it's not really a lake, its more like an artificial lake. The Berkeley Pit is a former open pit copper mine located in Butte, Montana, United States. It is one mile long by half a mile wide with an approximate depth of 1,780 feet (540 m). It is filled to a depth of about 900 feet (270 m) with water that is heavily acidic (2.5 pH level), about the acidity of cola or lemon juice. As a result, the pit is laden with heavy metals and dangerous chemicals that leach from the rock, including arsenic, cadmium, zinc, and sulfuric acid. The mine was opened in 1955 and operated by Anaconda Copper and later by the Atlantic Richfield Company (ARCO), until its closure in 1982. When the pit was closed, the water pumps in the nearby Kelly shaft, at a depth of 3,800 feet, were turned off, and groundwater from the surrounding aquifers began to slowly fill the pit, rising at about the rate of one foot a month. Since the pit closure in 1982, the level has risen to within 150 feet of the natural groundwater level. 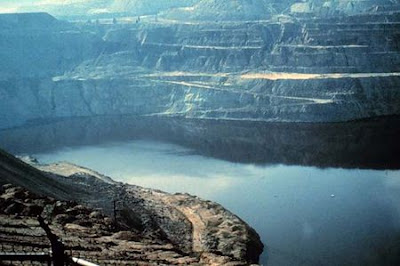 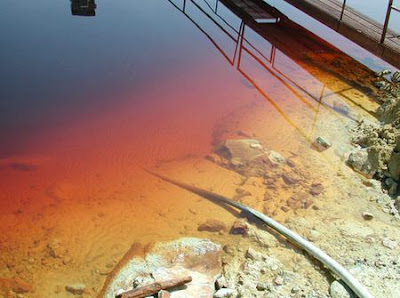 The pit and its water present a serious environmental problem because the water, with dissolved oxygen, allows pyrite and sulfide minerals in the ore and wall rocks to decay, releasing acid. When the pit water level eventually reaches the natural water table, estimated to occur by around 2020, the pit water will reverse flow back into surrounding groundwater, polluting into Silver Bow Creek which is the headwaters of Clark Fork River. The acidic water in the pit carries a heavy load of dissolved heavy metals. In fact, the water contains so much dissolved metal (up to 187 ppm Cu) that some material is mined directly from the water. 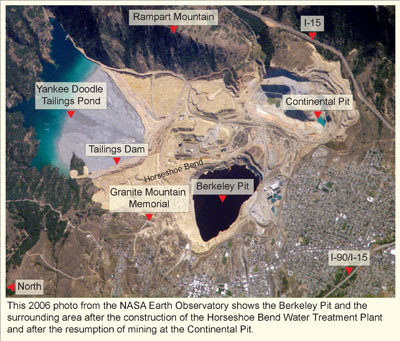 In the 1990s plans were devised for solving the groundwater problem. Water flowing into the pit has been diverted to slow the rise of the water level. Plans have been made for more extensive treatment in the future. The Berkeley Pit has since become one of the largest Superfund sites. 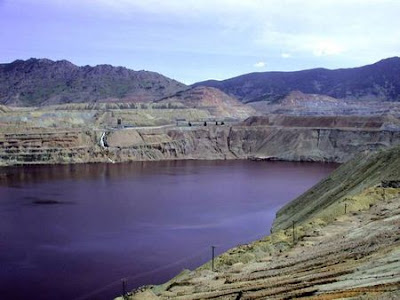 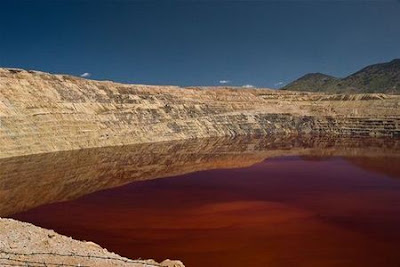 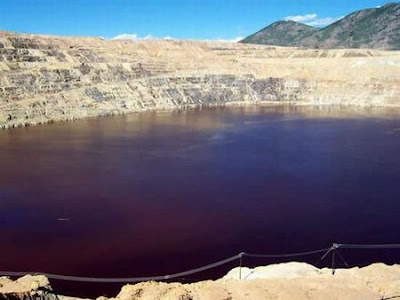 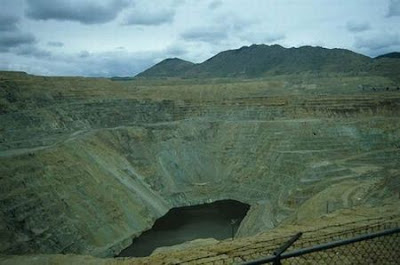 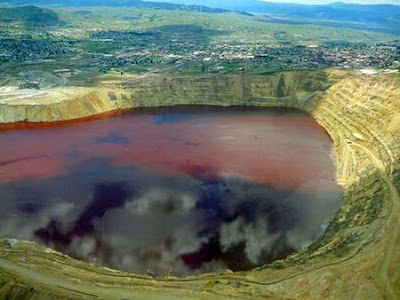 The pit is currently a tourist attraction, with an adjacent gift shop. A $2 admission fee is charged to go out on the viewing platform. 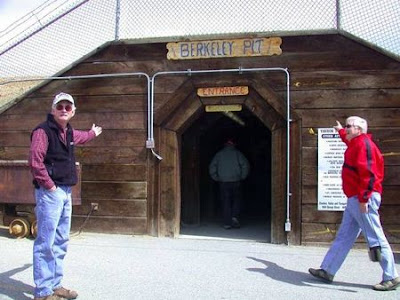 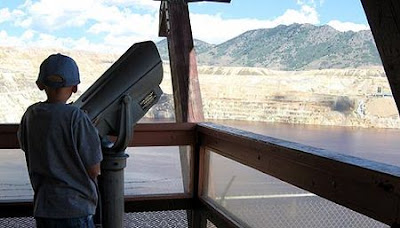 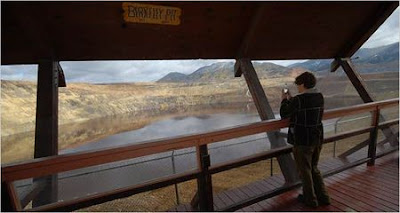 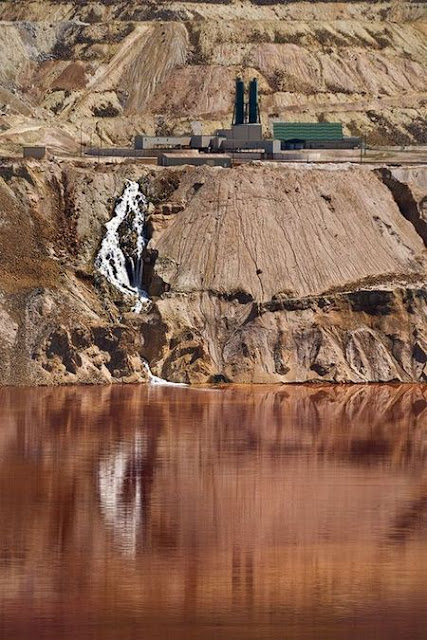