An Indian Who Changed a Pressure Cooker Into an Espresso Coffee Machine...

A pressure cooker with a modification that can cost around 200 Rupees ( About $4 )  and you've got an espresso machine!

Conventionally, the pressure cookers have been used for making food only. However, Mohammed Rozadeen, aged 46 was born in Motihari, Champaran in 1963. has modified the ordinary cooker to convert it into an espresso / cappuccino coffee making machine. The modified cooker is used to boil water and generate steam. Through a long delivery pipe having a regulator, high pressure steam is used to make frothy, tasty coffee. 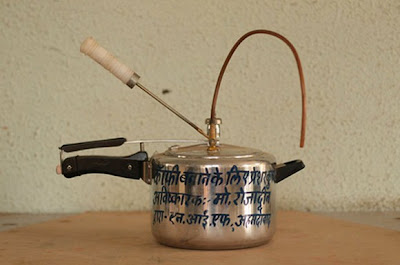 The innovation is a pressure cooker modified to incorporate a copper delivery pipe on its lid to transfer the steam generated inside to a container outside.

Fabricated from locally available material, this coffee cooker consists of an ordinary pressure cooker fitted with a copper pipe, a pressure releasing valve actuated by moving a lever (screw driver originally used). The copper pipe along with valve has been fitted on the top of lid by gas welding.

Water is heated in the cooker. Once sufficient steam pressure is reached, it is released by moving the lever upwards. The delivery tip of the copper pipe has been constricted to create more pressure at the point of release of steam. The safety valve below the handle and the whistle has not been touched. Mohammed Rozadeen has named it as ‘JP Ustad coffee cooker’.

Take a look at his innovative process of make the cappuccino coffee using the modified pressure cooker... 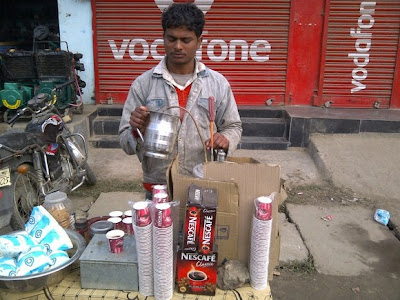 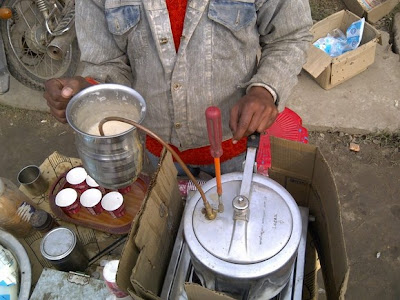 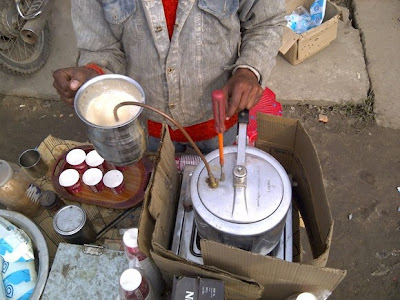 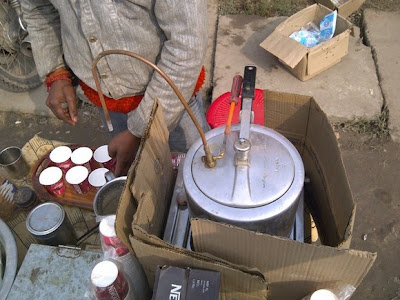 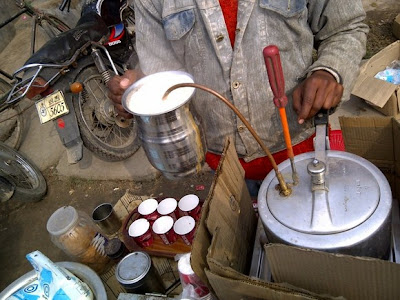 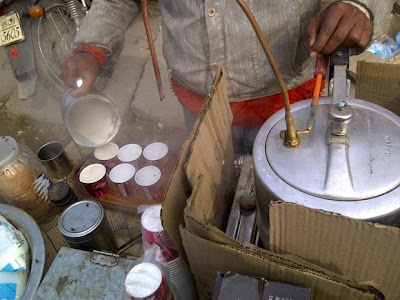 The cost of coffee cooker depends upon its size. A new 10 liter capacity cooker costs Rs. 2000 while a modified old one costs Rs. 750. Similarly a new 5 liter cooker costs Rs 1000 and an old one Rs. 500. If someone brings his own cooker, he does the modifications in only Rs. 250. This modification can be done in any size of pressure cooker. There are other coffee makers available but in this case the novelty lies in generating the steam in pressure cooker and directing it through a delivery pipe into a jug containing coffee powder, milk and sugar. NIF has filed a patent in his name for the coffee cooker.