Julia Gnuse - nicknamed the ' illustrated lady ' - has 95 per cent of her body covered in ink, ranging from jungle scenes and cartoons to her favorite actors. 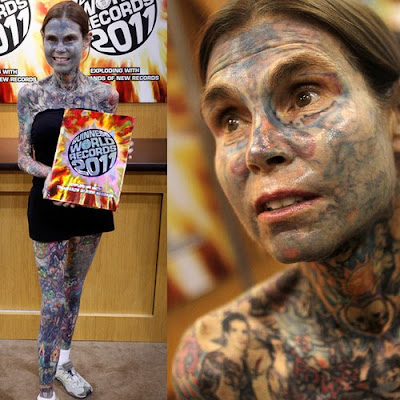 She then turned her attention to her stomach, arms and back and before long was addicted to body art. In an interview, Miss Gnuse said although the ink did not stop her skin from blistering, it covered up the scars and allowed her to be exposed to the sun. 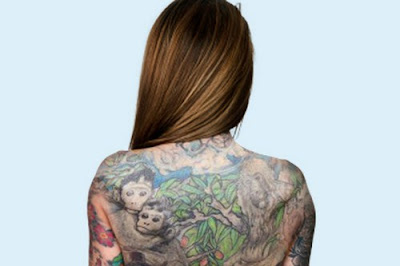 'I did this for the reason of covering scarring from the blisters. They get as deep as three degree burn,' she said.

'I had a friend who is a plastic surgeon, who suggested tattooing my skin the same color to the scarring that I had, seeing if we can match my just pale-looking skin that I had.'

'That didn't work. We tried it. It was very difficult to match that. So I had the idea of a colorful tattoo, then I got hooked. I got addicted.' 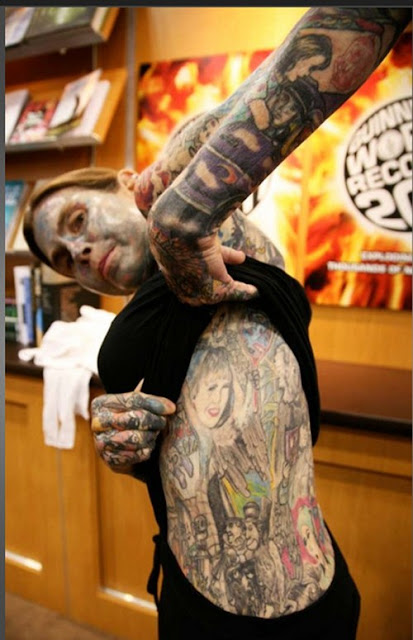 Miss Gnuse said there was medication available for her condition, but said taking it could have placed her at risk of blindness. When she unveiled her tattoos at a BookExpo in New York, she said that every one of her designs had been created by the same tattoo artist. And her most favorite was Lucille Ball, Desi Arnaz and she have the full chocolate scene on her back, on the lower part of her back. 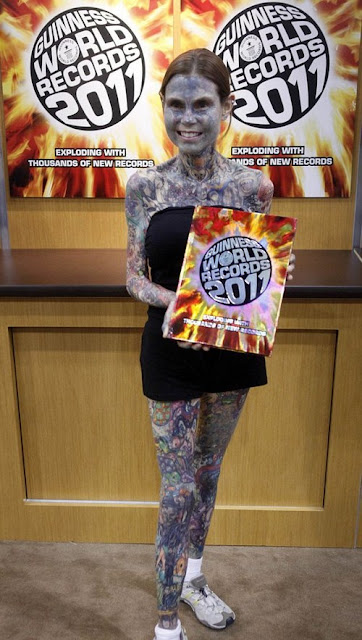 What began as a bid to cover up a nasty skin condition has resulted into a Guinness World Record for an American who has been named the most tattooed woman in the world. Take a loot at some more photo of this weird women... 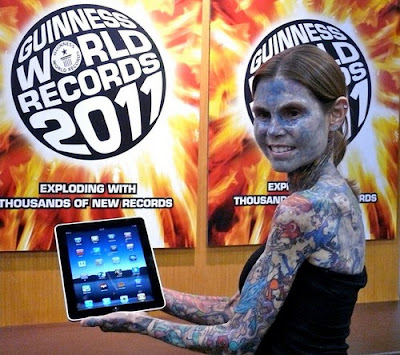 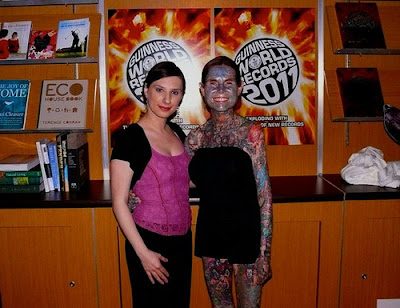 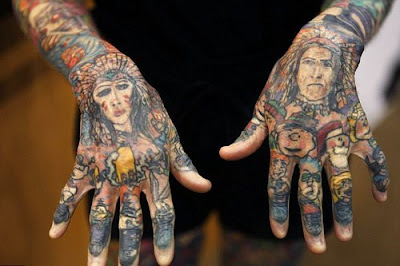 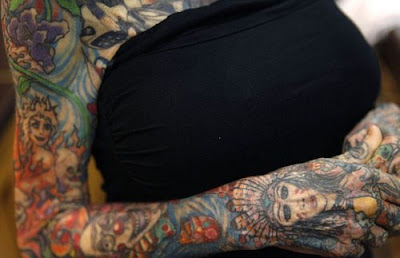 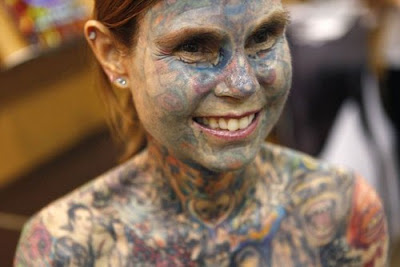 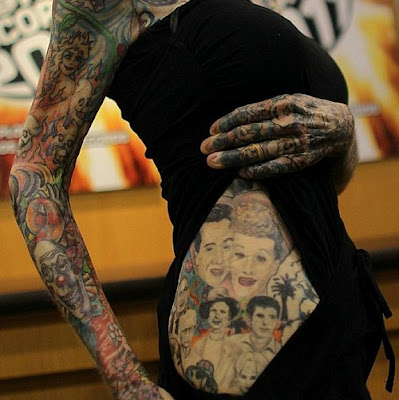 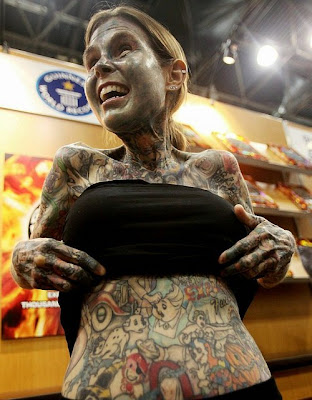