From the beginning of November until the first week of January, the Niagara Falls Winter Festival of Lights takes place. During these two months a decorated six-kilometer route stretching from Dufferin Islands along the Niagara Parkway, an area known as the Niagara Parks, is illuminated by nearly three million lights and over 100 lighting displays, including fireworks over the falls. 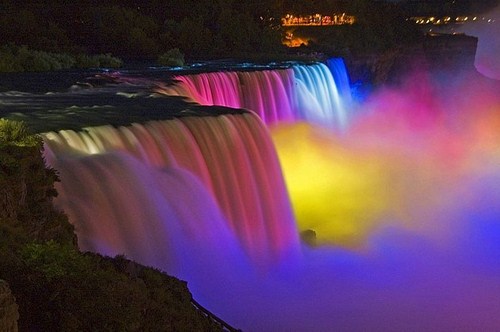 Although the Niagara Falls is illuminated all round the year, the Winter Festival offers a special spectacle. In spring and summer, the colored lights shine for just three hours, but with less daylight in winter, curtains of color wash over the falls each night for up to seven hours. 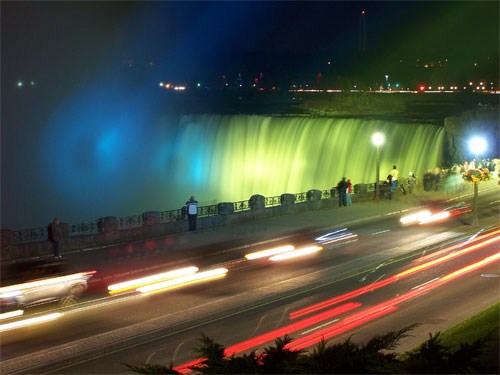 Crowds gather along the sidewalk and railing on Niagara Parkway to see the show as colored mist rises from the falls in front of them. The display starts with patriotic themes - red, white and blue on the American Falls, red and white for the horseshoe-shaped Canadian Falls. The light beams emanate from a bank of 21 spotlights, each 30 inches in diameter, sitting atop a raised stone bunker across the road. 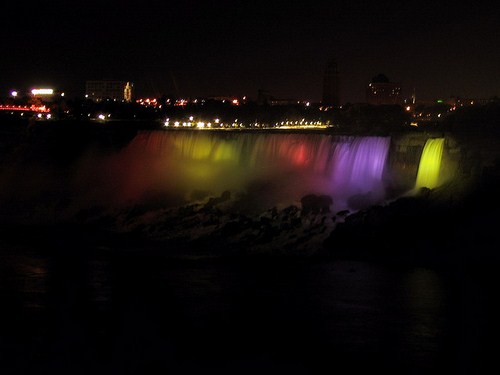 Lighting the Niagara Falls was first attempted more than 150 years ago, in 1860, to honor the visit by the Prince of Wales. About 200 coloured and white calcium, volcanic and torpedo lights were placed along the banks above and below the American Falls, on the road down the bank of the Canadian side of the gorge and behind the water of the Horseshoe Falls. The lights were ignited along with rockets, spinning wheels and other fireworks, creating a grand and magical effect. 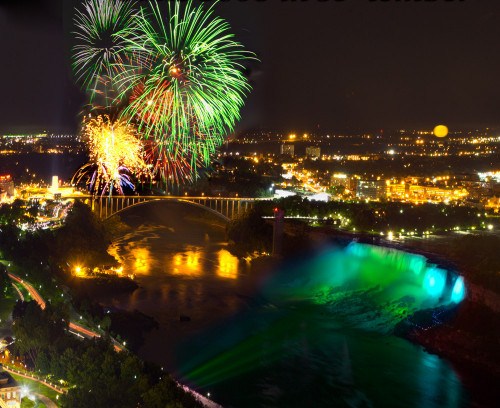 Illumination of the Falls using electricity first occurred in January 1879, during a visit by the Marquis of Lorne, Governor-General of Canada. Colored lights appeared in 1907 when gelatin films were included in a 36-light system near the base of the gorge designed by General Electric Co. of Schenectady. 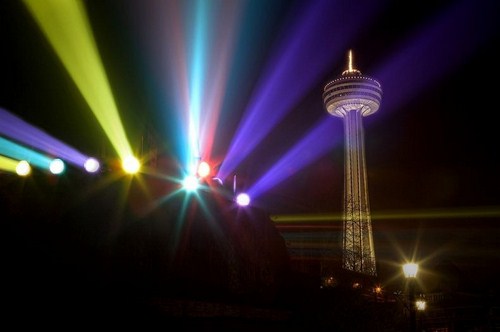 In 1925, a group of interested businessmen created the Niagara Falls Illumination Board, to finance, operate and maintain a new, permanent illumination system. Since then the Falls have been illuminated most nights except during World War II when the lights were turned off to conserve power and during subsequent years when generating facilities could not keep pace with electrical requirements of the construction boom. It was not until January 1950 that the Illumination Board was able to guarantee enough power to operate the lights on a regular basis. Now let's take a look at some more stunning photos of this colorful Niagara fall... 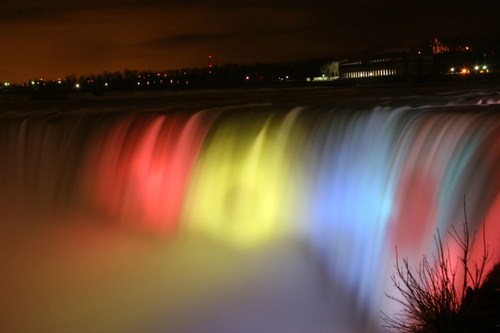 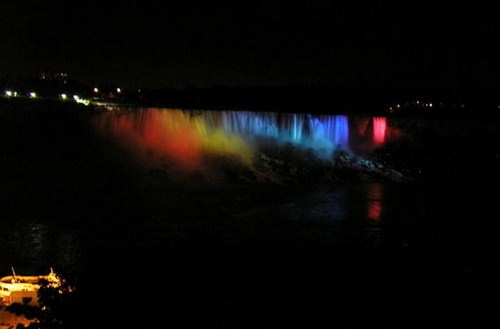 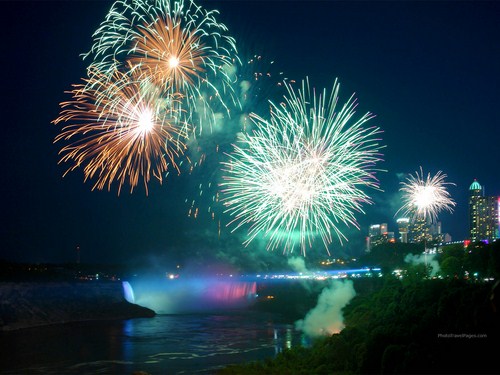 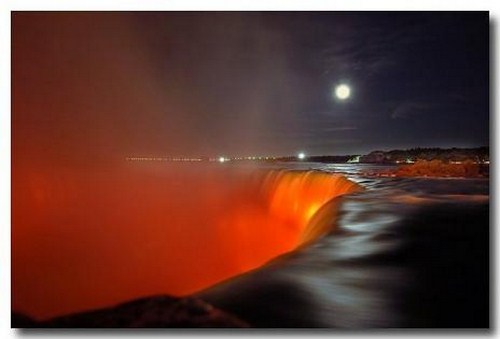 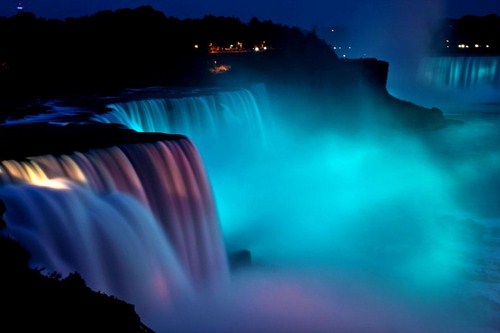 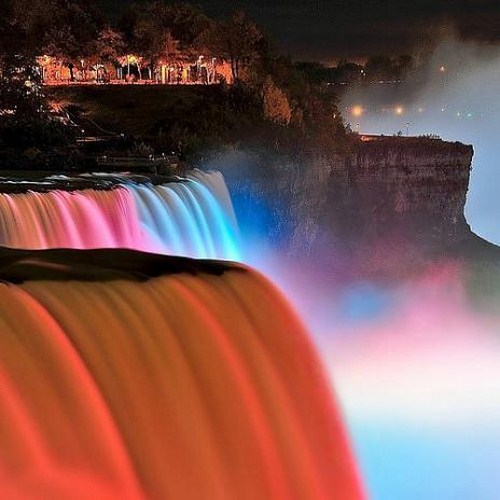 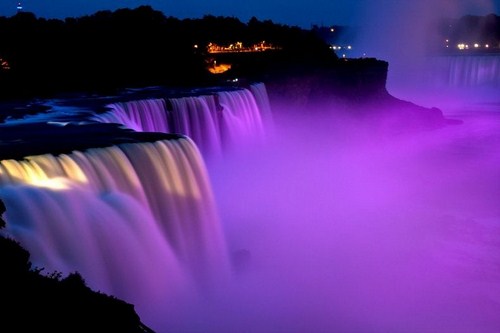 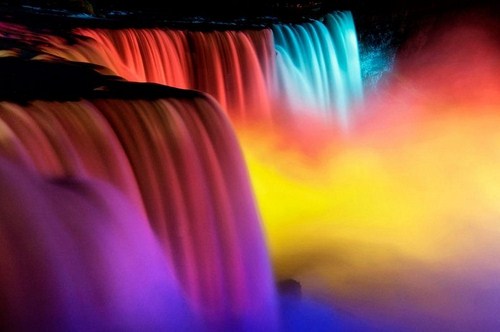 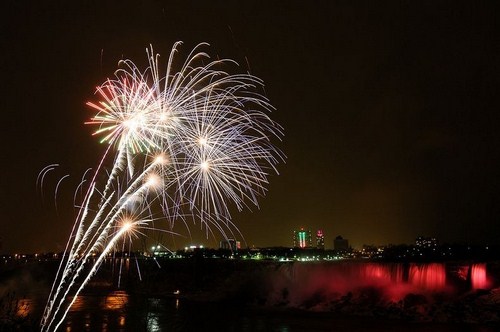 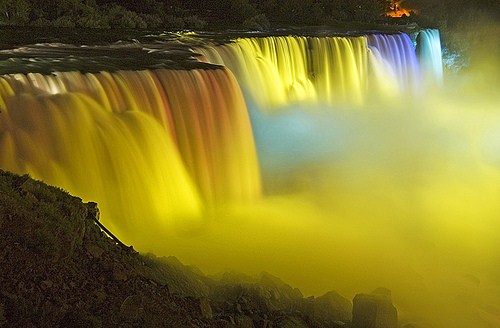 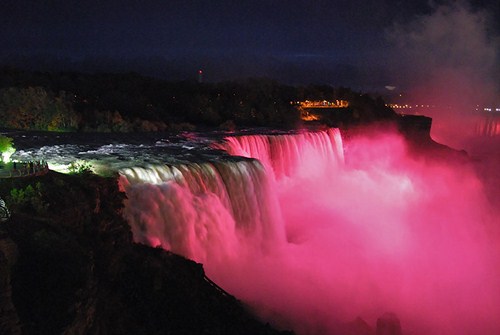 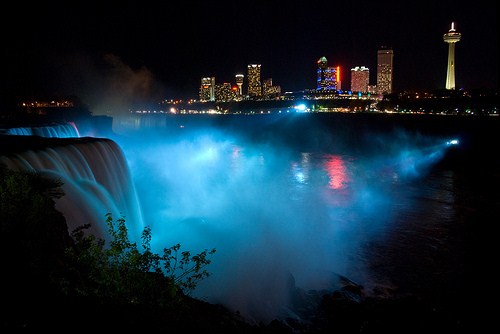 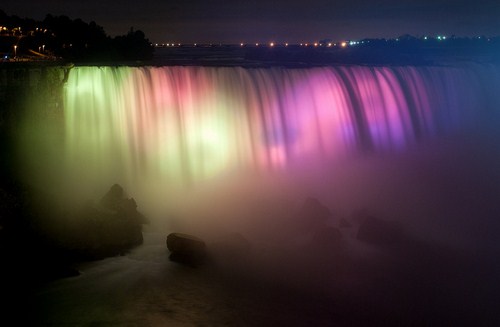 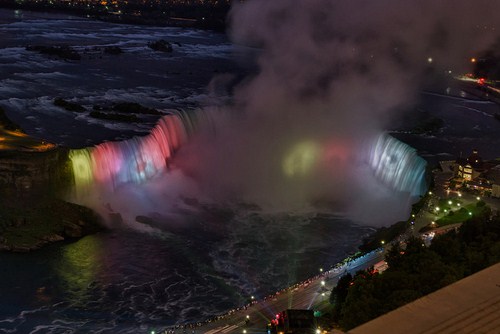 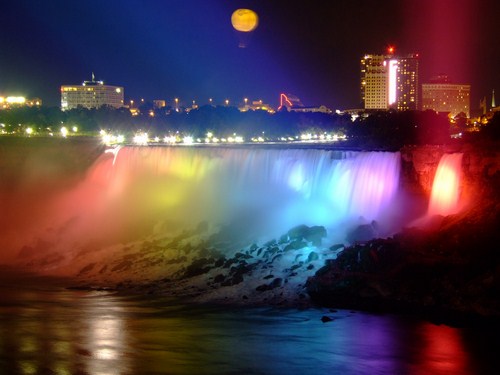