Hyundai recently loosed 40 baboon monkeys to test the durability of their latest Hyundai i30 2012 hatchback.

There is no better way to test the durability of a brand new family saloon other than to leave it at the mercy of a troop of cheeky little monkeys. That is precisely what Korean car maker Hyundai did when it wanted to discover how its new i30 hatchback would withstand the ordeal of so many inquisitive minds, prying fingers and sticky paw marks. Not to mention the unmentionable from a species never noted for potty-training.
At one stage there were 40 baboons road-testing the car, jumping up and down on the seats and clambering through the ‘panoramic ambience’ of the sliding glass roof. 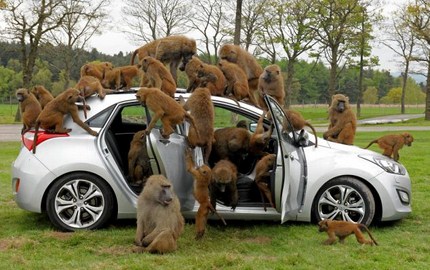 Baboons at Knowsley Safari Park in Merseyside are no strangers to ripping apart family cars but are actually highly intelligent. The automotive monkey-business was inspired by another great mind - Wayne Rooney, whose £80,000 Audi was damaged by the mob when the footballer visited the park last year. 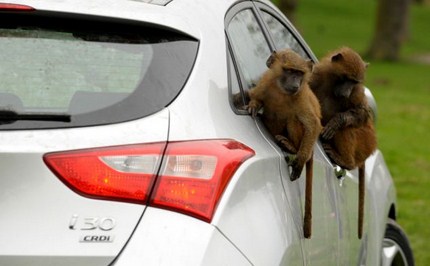 The Hyundai was handed over to the troop for ten hours and left unattended. Designers wanted to see how the finish would stand up to the kind of punishment the average child might inflict during the car’s lifetime.
Dozens of the animals colonised it from the moment it was driven into their enclosure.

‘Safari park monkeys are particularly good at discovering weak points on cars and then pulling, prodding and tearing at the parts until they break,’ said Hyundai project manager Felicity Wood. 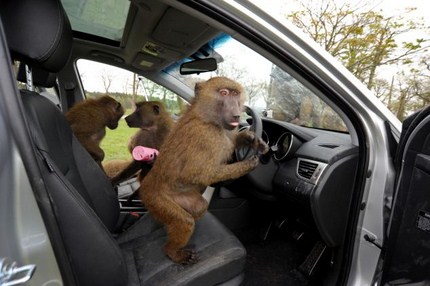 And the result was quite satisfactory after the 10 hours monkey test - a few scrapes, lots of smears and finger marks, a dislodged rubber door seal that was rejected as a snack, plus some tooth marks in the steering wheel but the good news is that no monkey stole the alloys. Here are some more photos of this unusual monkey test. Take a look... 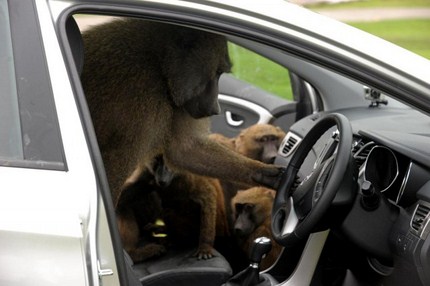 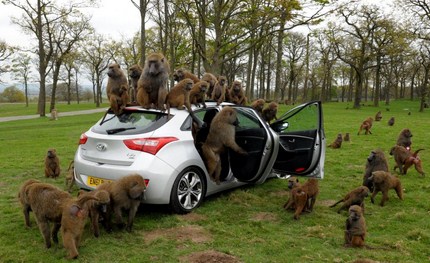 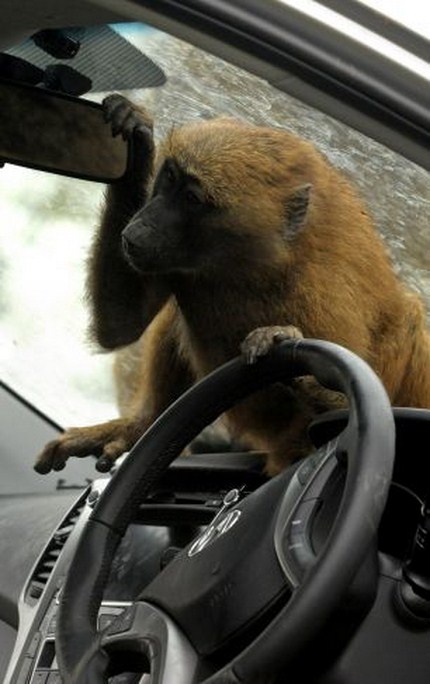 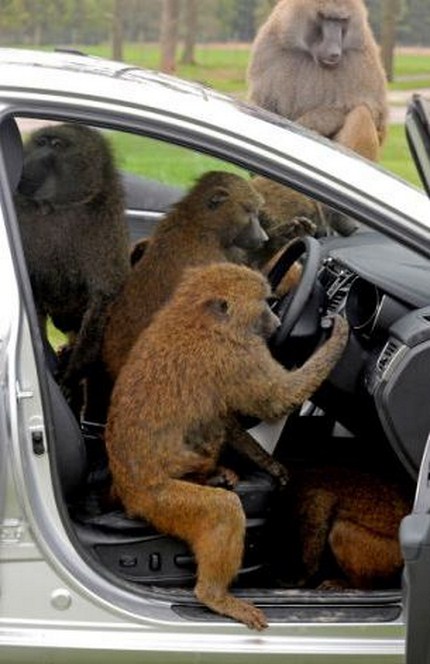 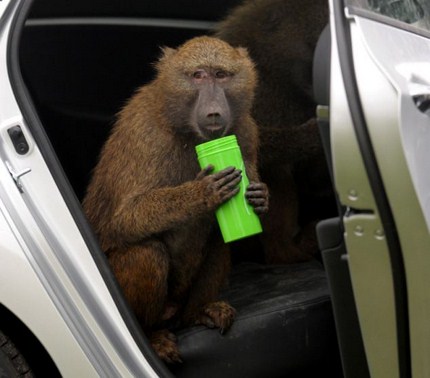 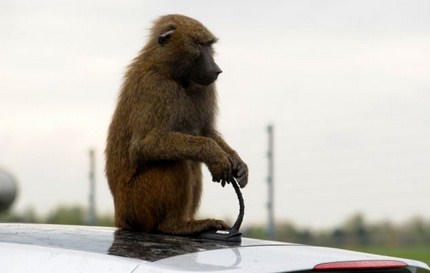 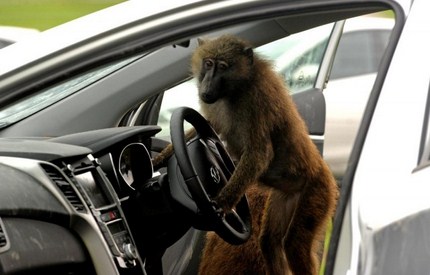 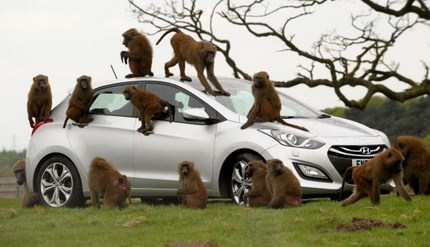