The Olympic Games is a major international event featuring summer and winter sports, in which thousands of athletes participate in a variety of competitions. It's considered to be the world's foremost sports competition and more than 200 nations participate. The Olympic fever is on in London for the 2012 Olympic games. But there are some interesting facts about the ancient Olympic Games which were a series of athletic competitions among representatives of various city-states of Ancient Greece. They were held in honor of Zeus, and the Greeks gave them a mythological origin. Among those Olympic facts are some myth that you hardly know. So, to be aware of these myths we show you six most common myths about this historic event. Take a look... 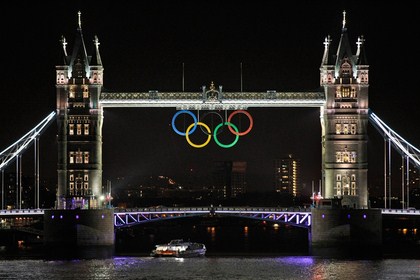 1. The Games Were About Honor 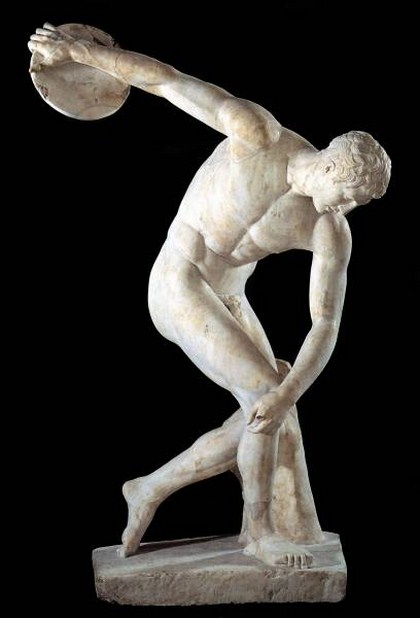 The modern Olympic games are advertised as bringing the world together while somehow simultaneously bringing victory to your nation of origin. It’s like friendly competition on a global stage. Also, corporate sponsorship.

Obviously that wasn’t the case with the ancient Greeks. The games were part of a religious festival and competition was limited to the city states of Greece. However, there was no friendly competition because for the athletes it was only about the prizes. Cheating, while severely punished, was rampant. Athletes did whatever they could to get an edge over their opponents. What’s more, it was first place or no place. The Greeks knew that second place and third place were just different ways of saying “loser.”

However, there is something to the whole brotherly love aspect of the modern games. In ancient Greece all conflicts were postponed while the games were underway. So while you may have chariot racers trying to smack each other in the genitals to get a lead, at least actual soldiers weren’t going around stabbing people and stuff. They had a little thing called “class.”

2. The Greeks Played Naked for the Sake of Beauty 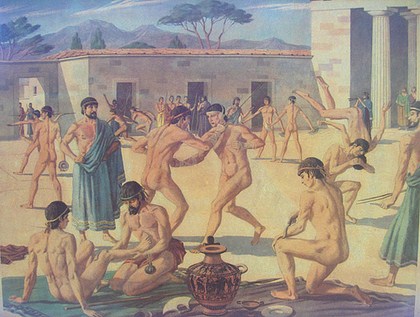 The ancient Greeks loved naked dudes. Not in a creepy way, mind you, they just loved the aesthetics. You can crack open a history book and be given a hundred different reasons why this was, but if you crack open an art history book you suddenly get the impression that no one really needed much of a reason to take off their pants.

Women were not permitted to compete in the games and married women were banned from the audience. Those caught sneaking in were taken to the mountain Typaeum and given a complimentary ticket back to the bottom at the hands of angry (and presumably nude) men. But because costumes were plentiful and detectives less so, the ladies were still able to sneak in. After the mother of a competitor disguised herself as her son’s trainer, everyone involved with the games had to be nude to prove their gender.

3. The Torch Relay is Ancient 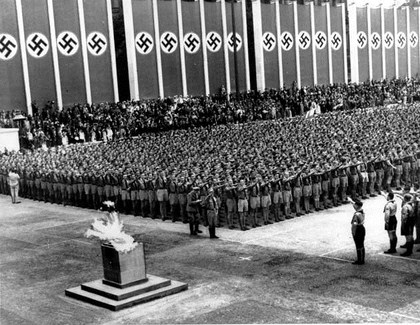 we’re not saying the Olympic flame is a modern invention, because written records say otherwise. Its origins lie in the legend of Prometheus stealing fire from Zeus and using it to enlighten man. A fire was lit and maintained throughout the ancient games (according to legend, the torch itself has been burning since the very first games).

However, there was no relay to light the fire. That was introduced in the 1936 Berlin games, perhaps better known as the Hitler Olympics. The Nazi party wanted to bring a sense of mystique to the recently revived games and sought to bring an ancient feel to the event. This also served as propaganda: by tying the modern games to the ancient games, Hitler pushed his belief that Greece was the perfect Aryan society. The relay took place over three-thousand kilometers with over three-thousand runners, over the course of twelve straight days.

The International Olympic Committee liked the Greek connection and kept the relay while just sort of ignoring the the Nazi propaganda part. It’s still a point of controversy for some.

4. The Olympic Rings Are Ancient 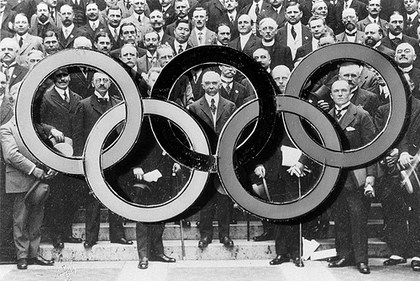 It’s understandable that someone would believe that the torch relay was a rich tradition and not the brainchild of one of history’s greatest monsters. The rings, however, are another story.

The rings are strictly a modern invention. As previously mentioned the ancient games were essentially a party for Greece and no one else. And while the competing city-states would be decent enough to stop trying to kill each other for the duration, that doesn’t mean it was some big unity hug fest. If anything, the games were about boasting individual superiority.

The International Olympic Committee revived the games under the banner of world unity (ironically, the onset of World War I postponed said unity). The rings were meant to symbolize the openness of the event with each ring representing one of the five continents from where competitors would be from (with the Americas being a single continent). Though there’s a few handy references for which color ring represents which continent the IOC doesn’t recognize any sort of color code.

5. Women Were Banned In Ancient Games 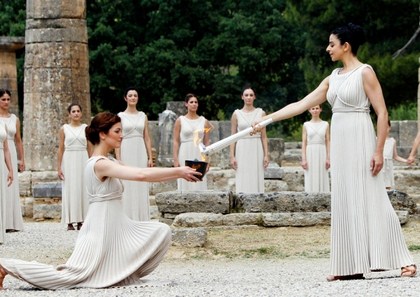 The Greeks loved nudity but hated ladies, apparently. Married women were severely punished for attempting to watch the games. This probably had something to do with maintaining virtue or purity or some other male-dominated society excuse, but that doesn’t mean women were banned completely from the games.

While it’s true that a woman couldn’t coach an athlete, a woman could own a team in certain team events. There are a few instances where chariot racers owned by lady aristocrats won the gold. We can only assume that the victor wasn’t chucked off a mountain for their efforts (the Greeks had some sense of integrity). Interestingly enough, the Greeks held an all-female festival for Hera which featured its own sporting events. 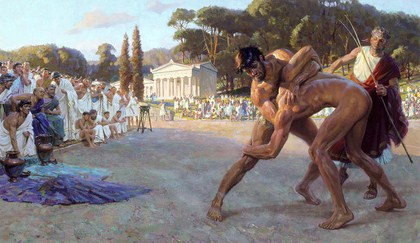 Part of the thrill of watching the Olympics is to see relatively unknown competitors try to wow an audience bred on professional sports. You’re watching people who spent much of their lives train for a single event where there can only be three winners.

And the Greeks would have none of it. It isn’t fair to say that there were ancient pro athletes, nor would it be correct to say that everyone walking into the games was an amateur. Greek athletes were only interested in prizes, be they symbolic or literal, and the word “athlete” means “one who competes for a prize.” Many of those who competed in the games did not compete elsewhere or at any other time of the year (outside of training, of course). Thus you had men who would irregularly compete for valuable prizes whenever the opportunity arose. They could be considered your pros. Those who won regularly were treated like modern celebrities.