Animation is the rapid display of a sequence of images to create an illusion of movement. Animated film is popular in these days which provide a whole lot of freedom to express the boundless imagination and creativity to the people around the world. AFI defines "animated" as a genre in which the film's images are primarily created by computer or hand and the characters are voiced by actors. 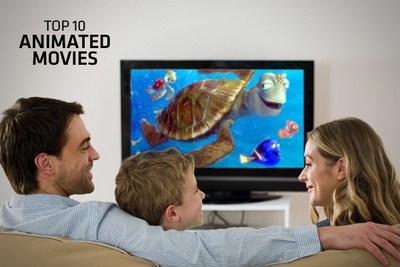 AFI's 10 Top 10 honors the ten greatest US films in ten classic film genres. Presented by the American Film Institute (AFI), the lists were unveiled on a television special broadcast by CBS on June 17, 2008. Likewise, In the field of animation AFI has listed the top 10 animated film in the history. Now let's take a look at that list... 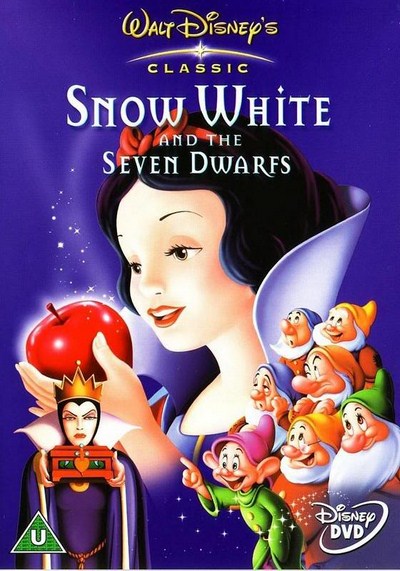 Snow White and the Seven Dwarfs premiered at the Carthay Circle Theatre on December 21, 1937, followed by a nationwide release on February 4, 1938. It went on to gross a total of $8 million in international receipts in its opening release. The film was added to the United States National Film Registry as being deemed "culturally, historically, or aesthetically significant" in 1989. 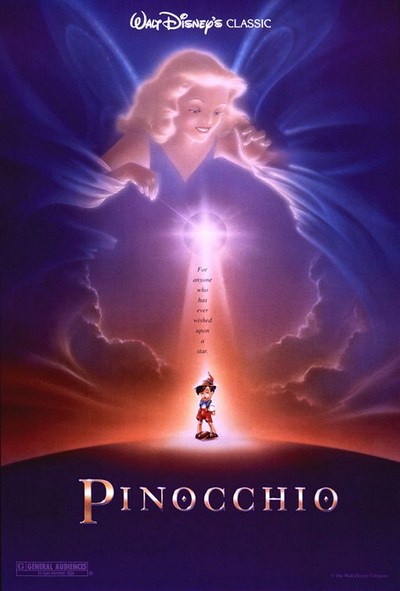 Pinocchio is a 1940 American animated film produced by Walt Disney and based on the story The Adventures of Pinocchio by Carlo Collodi. It is the second film in the Walt Disney Animated Classics, and was made after the success of Snow White and the Seven Dwarfs. It was released to theaters by RKO Radio Pictures on February 7, 1940.

The plot of the film involves an old wood-carver named Geppetto who carves a wooden puppet named Pinocchio who is brought to life by a blue fairy, who tells him he can become a real boy if he proves himself "brave, truthful, and unselfish". Thus begin the puppet's adventures to become a real boy, which involve many encounters with a host of unsavory characters. Pinocchio won two Academy Awards, one for Best Original Score and one for Best Original Song for the song "When You Wish upon a Star". 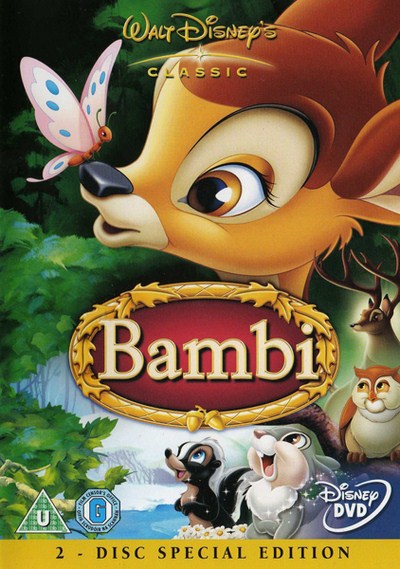 Bambi is a 1942 American animated film directed by David Hand, produced by Walt Disney and based on the book Bambi, A Life in the Woods by Austrian author Felix Salten. The film was released by RKO Radio Pictures on August 13, 1942, and is the fifth film in the Walt Disney Animated Classics series.

The main characters are Bambi, a white-tailed deer, his parents (the Great Prince of the forest and his unnamed mother), his friends Thumper (a pink-nosed rabbit), and Flower (a skunk), and his childhood friend and future mate, Faline. For the movie, Disney took the liberty of changing Bambi's species into a white-tailed deer from his original species of roe deer, since roe deer do not inhabit the United States, and the white-tailed deer is more familiar to Americans. The film received three Academy Award nominations: Best Sound (Sam Slyfield), Best Song (for "Love Is a Song" sung by Donald Novis) and Original Music Score. 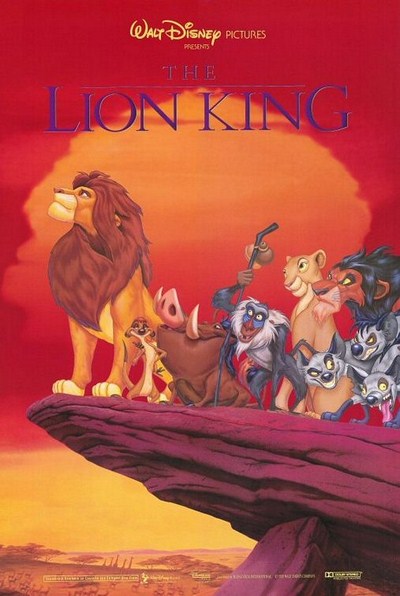 The Lion King is a 1994 American animated musical adventure film produced by Walt Disney Feature Animation and released by Walt Disney Pictures. It is the 32nd feature in the Walt Disney Animated Classics series. The story takes place in a kingdom of anthropomorphic lions in Africa, and was influenced by the biblical tales of Joseph and Moses, and the William Shakespeare plays Hamlet and Macbeth. The film was produced during a period known as the Disney Renaissance. The Lion King was directed by Roger Allers and Rob Minkoff, produced by Don Hahn, and has a screenplay credited to Irene Mecchi, Jonathan Roberts and Linda Woolverton. The voice cast includes Matthew Broderick, Jeremy Irons, James Earl Jones, Jonathan Taylor Thomas, Moira Kelly, Nathan Lane, Ernie Sabella, Rowan Atkinson, Robert Guillaume, Madge Sinclair, Whoopi Goldberg, Cheech Marin and Jim Cummings. It tells the story of Simba, a young lion who is to take his father Mufasa's place as king. However, after Simba's uncle Scar kills Mufasa, he must stop his uncle from conquering the Pride Lands and avenge his father. 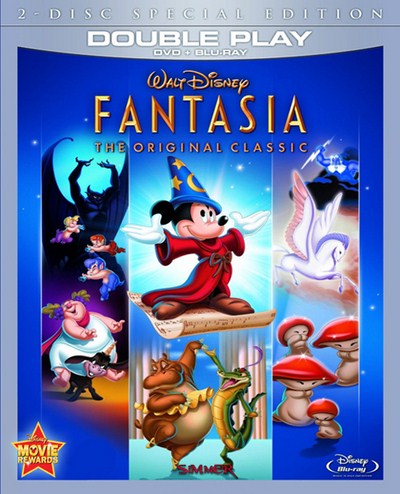 Fantasia is a 1940 American animated film produced by Walt Disney and released by Walt Disney Productions. With story direction by Joe Grant and Dick Huemer, and production supervision by Ben Sharpsteen, it is the third feature in the Disney animated features canon. The film consists of eight animated segments set to pieces of classical music conducted by Leopold Stokowski; seven of which are performed by the Philadelphia Orchestra. Music critic and composer Deems Taylor acts as the film's Master of Ceremonies, who introduces each segment in live action interstitial scenes.

Disney settled on the film's concept as work neared completion on The Sorcerer's Apprentice, an elaborate Silly Symphonies short designed as a comeback role for Mickey Mouse who had declined in popularity. As production costs grew higher than what it could earn, he decided to include the short in a feature-length film with other segments set to classical pieces. The soundtrack was recorded using multiple audio channels and reproduced with Fantasound, a pioneering sound reproduction system that made Fantasia the first commercial film shown in stereophonic sound. 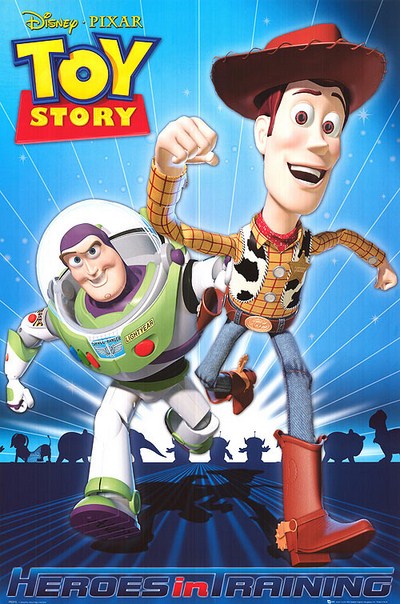 Toy Story is a 1995 American computer animated comedy film produced by Pixar Animation Studios and directed by John Lasseter. Released by Walt Disney Pictures, Toy Story was the first feature length computer animated film and the first film produced by Pixar. Toy Story follows a group of anthropomorphic toys who pretend to be lifeless whenever humans are present, and focuses on Woody, a pullstring cowboy doll (Tom Hanks), and Buzz Lightyear, an astronaut action figure (Tim Allen). Woody feels profoundly threatened and jealous when Buzz supplants him as the top toy in the room. The film was written by John Lasseter, Andrew Stanton, Joel Cohen, Alec Sokolow, and Joss Whedon, and featured music by Randy Newman. Its executive producer was Steve Jobs with Edwin Catmull.

The top-grossing film on its opening weekend,Toy Story went on to earn over $361 million worldwide. Reviews were generally positive, praising both the technical innovation of the animation and the wit and sophistication of the screenplay, and it is now widely considered, by many critics, to be one of the best animated films. 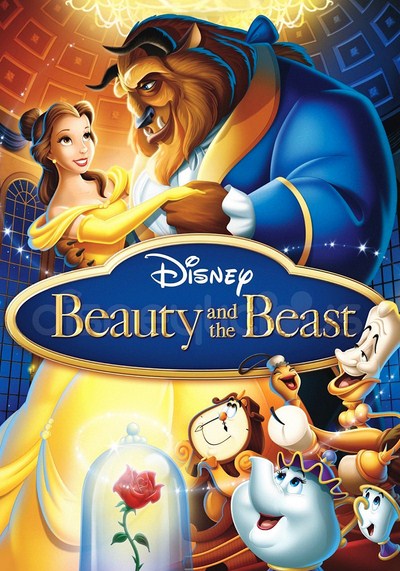 Beauty and the Beast is a 1991 American animated musical fantasy film produced by Walt Disney Animation Studios and distributed by Walt Disney Pictures. The 30th film in the Walt Disney Animated Classics series and the third film of the Disney Renaissance period, the film is based on the fairy tale La Belle et la Bête by Jeanne-Marie Le Prince de Beaumont and uses some ideas from the 1946 film of the same name. The film centers around a prince who is transformed into a Beast and a young woman named Belle whom he imprisons in his castle. To become a prince again, the Beast must love Belle and win her love in return, or he will remain a Beast forever.

Beauty and the Beast was released on November 22, 1991. The film was a significant commercial and critical success during its initial release, and has now earned over $424 million in box office earnings throughout the world. Beauty and the Beast was also nominated for several awards, and won the Golden Globe Award for Best Motion Picture - Musical or Comedy, with two other awards for its music. 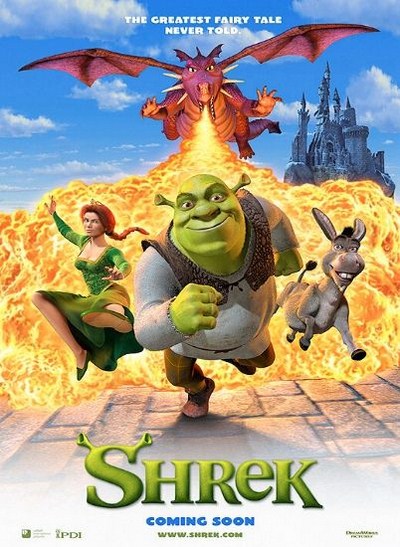 Shrek is a 2001 American computer-animated fantasy comedy film directed by Andrew Adamson and Vicky Jenson, featuring the voices of Mike Myers, Eddie Murphy, Cameron Diaz, and John Lithgow. It is loosely based on William Steig's 1990 fairy tale picture book with the same name, and also somewhat serves as a children’s parody film, targeting other films adapted from various children’s fantasies (mainly Disney films). Shrek stars Mike Myers as a big, strong, solitude-loving, intimidating ogre named Shrek; Cameron Diaz as the beautiful, feisty, but very down-to-earth Princess Fiona; Eddie Murphy as the talkative Donkey; and John Lithgow as the villain Lord Farquaad. The film made notable use of popular music; the soundtrack includes music by Smash Mouth, Eels, Joan Jett, The Proclaimers, Jason Wade, The Baha Men, and Rufus Wainwright (covering Leonard Cohen). Shrek was the only film in the series to have Harry Gregson-Williams's musical score assistantly by John Powell.

Earning $484.4 million at the box office, the film was a critical and commercial success. Shrek also received promotion from food chains such as Baskin-Robbins (promoting the film's DVD release) and Burger King. It was acclaimed as an animated film worthy of adult interest, with many adult-oriented jokes and themes but a simple enough plot and humour to appeal to children. Shrek won the first ever Academy Award for Best Animated Feature and was nominated for the Academy Award for Best Adapted Screenplay. The film was also nominated for six BAFTAs, including the BAFTA Award for Best Actor in a Supporting Role for Eddie Murphy for his voice-over performance as Donkey, and won the BAFTA Award for Best Adapted Screenplay. The film's main (and title) character was awarded his own star on the Hollywood Walk of Fame in May 2010. 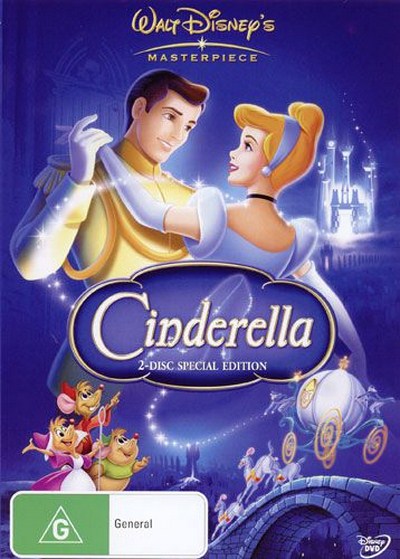 Cinderella is a 1950 American animated film fantasy film produced by Walt Disney Animation Studios and released by RKO Radio Pictures. based on the fairy tale "Cendrillon" by Charles Perrault. Twelfth in the Walt Disney Animated Classics series, the film had a limited release on February 15, 1950 by RKO Radio Pictures. Directing credits go to Clyde Geronimi, Hamilton Luske and Wilfred Jackson. Songs were written by Mack David, Jerry Livingston, and Al Hoffman. Songs in the film include "A Dream Is a Wish Your Heart Makes", "Bibbidi-Bobbidi-Boo", "So This Is Love", "Sing Sweet Nightingale", "The Work Song", and "Cinderella". 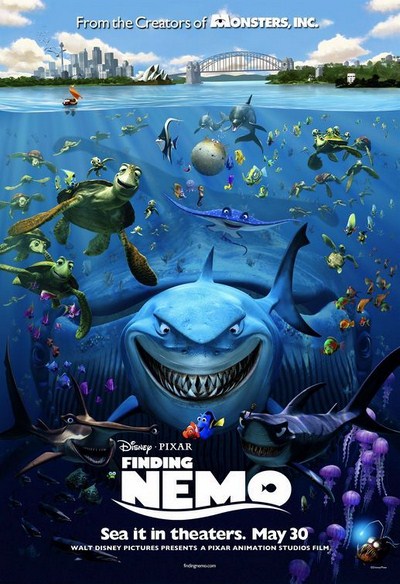 Finding Nemo is an American computer-animated comedy-drama adventure film written and directed by Andrew Stanton, released by Walt Disney Pictures on May 30, 2003, and the fifth film produced by Pixar Animation Studios. It tells the story of the over-protective clownfish named Marlin (Albert Brooks) who, along with a regal tang named Dory (Ellen DeGeneres), searches for his abducted son Nemo (Alexander Gould) in Sydney Harbour. Along the way, Marlin learns to take risks and let Nemo take care of himself. It is Pixar's first film to be released in cinemas in the northern hemisphere summer.