World's Oldest Father to Have a Second Child in 2 Years

Haryana man, at 96, become world's oldest father to have a second child in 2 years...

Almonds, milk and butter are the ingredients of my sex drive, says 96-year-old Ramjit Raghav, whose wife Shakuntala, 54, gave birth to a song Ranjit last month in Haryana. Ramjit Raghav became the world's oldest father when his first son Karamjit was born at the age of 94 two years ago. [ LINK ] 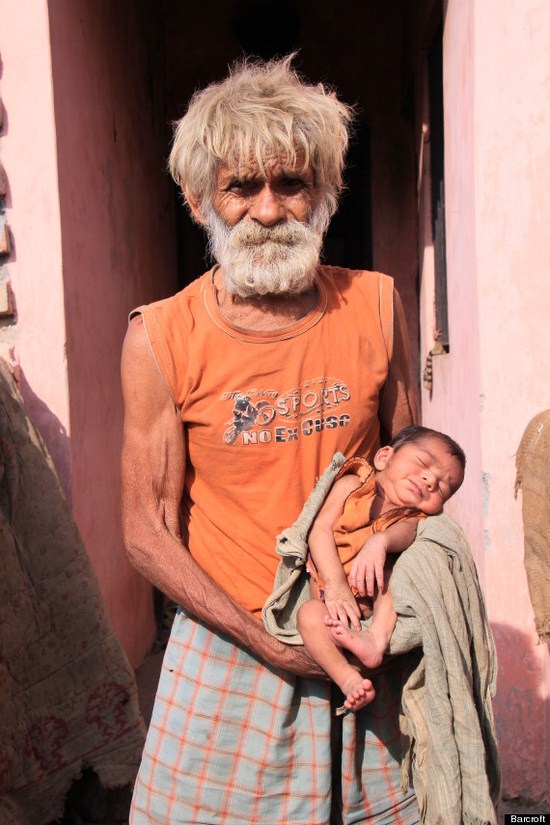 ‘What can I do? This is all God's wish. He wanted me to have another son’, says the old man.

Doctors at the government hospital in Haryana laughed, when after delivery of Ranjit, Ramjit said he was the father.

'They just laughed but they were very surprised.’ 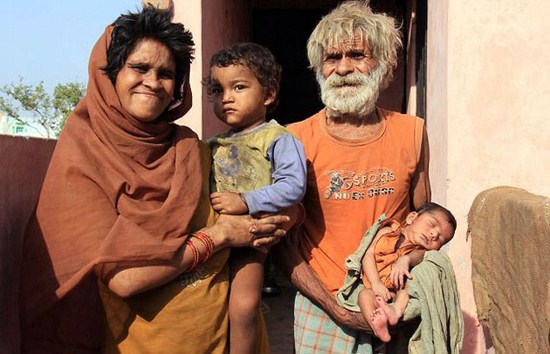 Ramjit has high hopes for his sons. He said: ‘I have been a farmer all my life. But I want them to become high ranking government workers.‘It's good that I have another son now. Even if one of them dies, God forbid, I will have someone to carry on my family name."

Ramjit admits that as proud as he is of having two healthy sons at his age, his neighbours are more jealous of his sex drive. 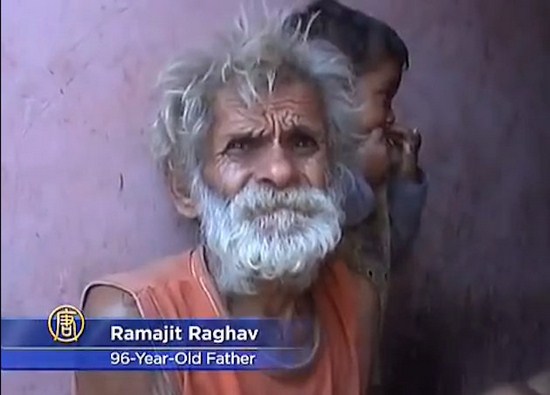 He said: ‘I do it three or four times a night. My neighbors are jealous and they keep asking me for my secret but all I tell them is that it is God's will.'

‘I'm healthy and I enjoy sex with my wife. I think it's very important for a husband and wife to have sex regularly and when she asks I will go on all night but for the sake of my child I've put our needs aside for now.'Ramjit claims that a daily diet of almonds, butter and milk kept him sexually active. 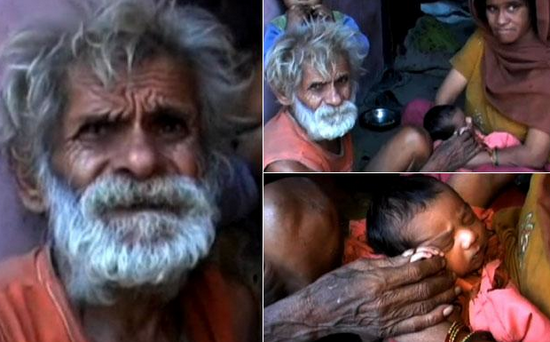 At last, he said: ‘I care for my wife and I give her everything she needs. She is a very happy woman.'

When Ramjit met second wife Shakuntala, he had been a widower for 25 years. The pair met 22 years ago on a rainy morning at a Muslim shrine, Ramjit asked her to come home with him and she has never left. 'She didn't have any family or friends around, and I wanted to help her,' he explains. 'I took her under my wing and taught her some yoga and we fell in love. Many of my past girlfriends had died so I had never married and then I asked Shakuntala to be my wife.'

Shakuntala believes she would have been dead by now if it was not for Ramjit's caring ways. She said: It doesn't matter how old he is, I love him and I care for him dearly even, though he shouts at me sometimes. He doesn't seem old to me, he can make love like any 25-year-old man, even better.