Female contortionist brings new meaning to the term flexible working in incredible calendar shoot. The bendy bombshell has released a calendar for 2013 featuring Julia Gunthel also known as Zlata in a variety of incredible positions around an office set. Rubbery Russian Gunthel, who now lives in Germany and goes by the name of Zlata when performing, is pictured typing, answering the phone and making coffee all while bending her body in to unbelievable shapes. 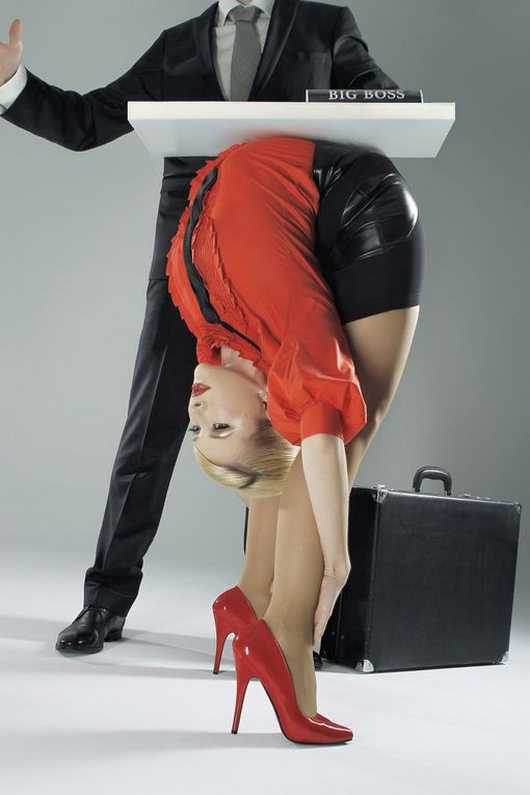 She is snapped operating a computer while performing a hand-stand, delivering a presentation with her head tucked between her thighs and even becoming a living table by bending over backwards for her boss.
Zlata, the self-titled 'Goddess of Flexibility' produces her head-turning calendars by contorting her body with a different theme each year. This year was obviously eighties working girl and previous themes have included Marie Antoinette and domestic goddess. 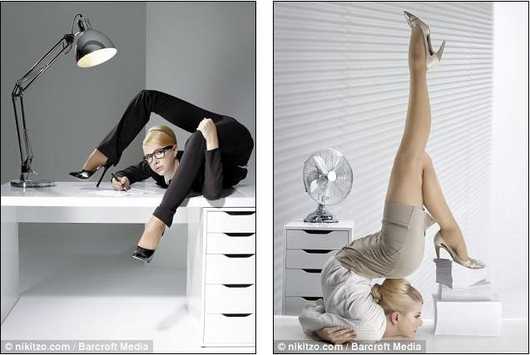 She has a rare condition which makes all her tendons extremely pliable, and discovered her talent for contortion at the age of four. The 5ft 9ins blonde weighs eight-and-a-half stone and spends most of her day working out and training for shows around the world. One of her favorite acts is bending herself backwards at a perfect 90 degree angle, virtually cutting herself in half so the back half of her hands touch her feet. Her talents also include squeezing herself into boxes just 50cm squared. Zlata also has ambitions to head to Hollywood to turn her towards acting. Now take a look at some more photo from her 2013 photo shoot... 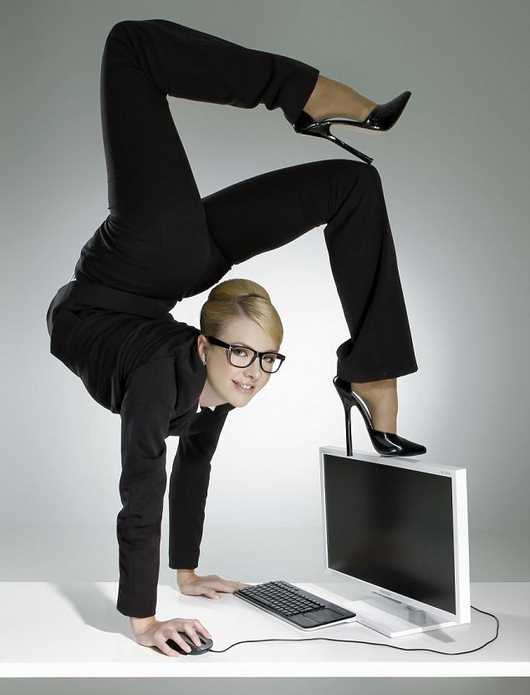 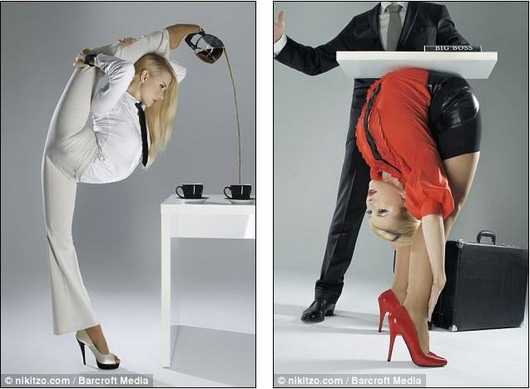 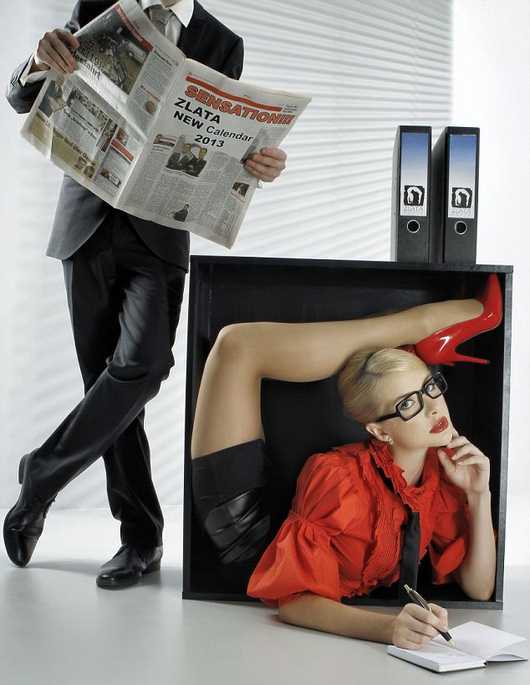 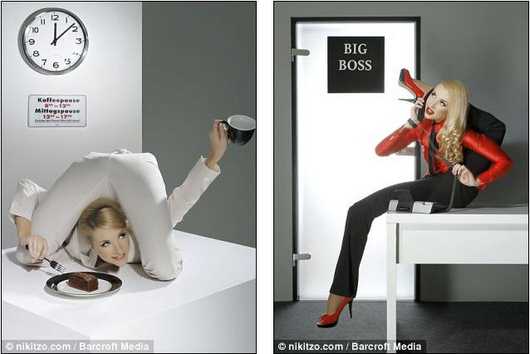 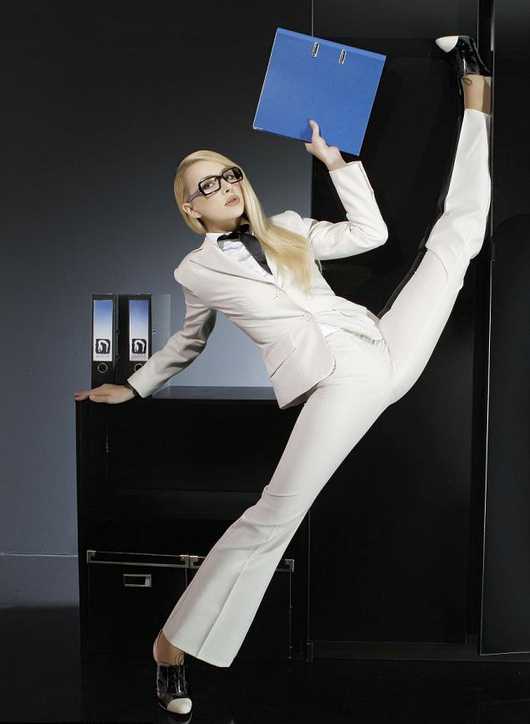 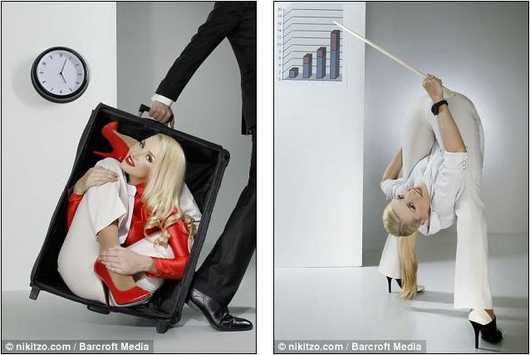 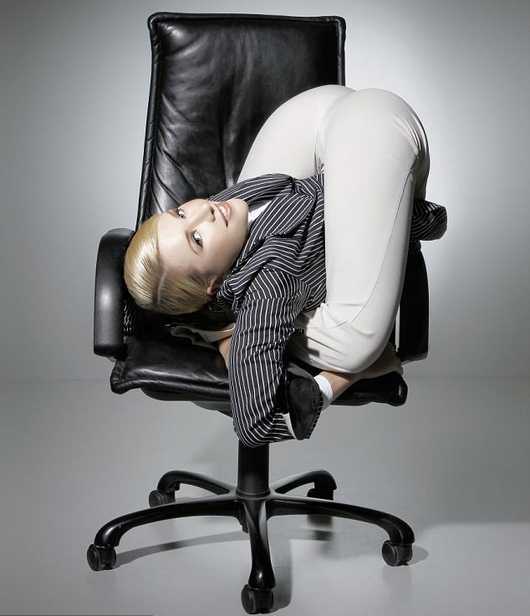