Dumb Vs Smart And Man Vs Women - Funny Comparison...

All human are not same, some are smart and some are stupid. Likewise, depending on their character their life changes. Here is a small, yet very funny comparison between dumb and smart man and women. I think you will agree with it... 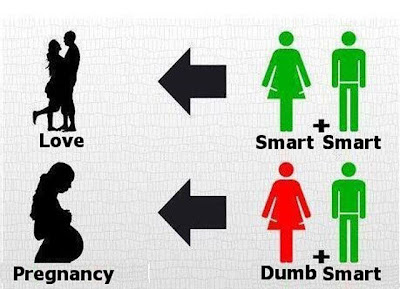 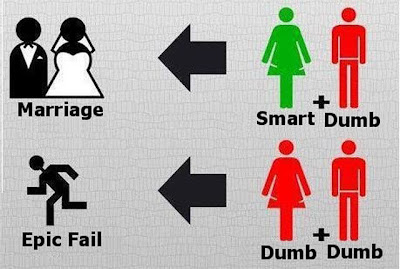 Top 10 Most Optimistic Markets in the World 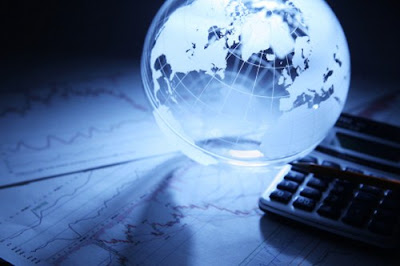 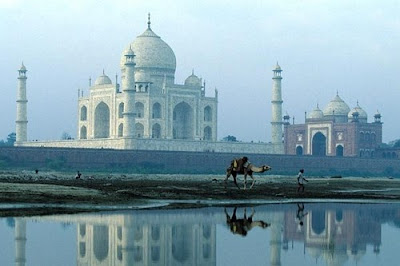 India’s one point consumer confidence index increased to 122 at the fourth quarter ended Dec. 31, 2011. It is the highest score of 56 countries surveyed. “The stabilization of India’s consumer confidence metric is encouraging and the retention of the top spot globally reminds us of the inherent strength of the Indian economy, the savings mindset of the Indian consumer, and the positivity of consumer sentiment which has likely been helped by the recent cooling of inflationary pressure,” said Justin Sargent, Managing Director, Nielsen India.

India is followed by Indonesia with three points consumer confidence index increase to 117. 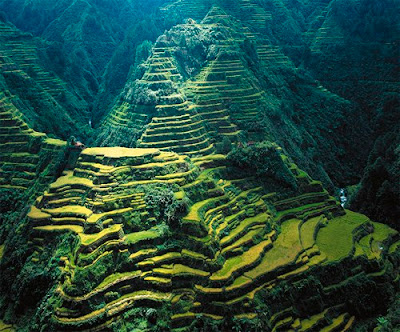 A Filipino farmer harvest rice stalks in a field at Gloria town in Mindoro island south of Manila July 31, 2005. Philippines, with five points consumer confidence index increase to 117, is the third most optimistic market in the world, according to Nielsen fourth quarter 2011 global consumer confidence report. 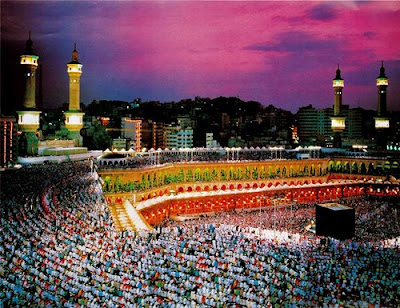 The consumer confidence index decreased seven points to 113 in Saudi Arabia, making it the fourth most optimistic market in the world. “Political turmoil in the Middle East and doubts towards future oil demand, which is indispensable for the Saudi economy, and subsequent austerity measures has led to depressed consumer sentiments in Saudi Arabia,” said Arslan Ashraf, Managing Director, Nielsen Saudi Arabia 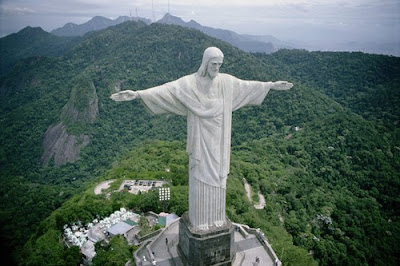 In Latin America, Brazil recorded the highest consumer confidence in the region with an index of 112, the fifth highest score of 56 countries measured. “Brazil continues to experience gradual economic growth with a dip in unemployment, inflation control, an expansion of credit and political stability”, said Eduardo Ragasol, Managing Director, Nielsen Brazil. “More Brazilians today have the opportunity to buy products that were previously only accessible to the higher social classes, which is contributing to the optimism in the country.”

One of the biggest quarterly confidence gains last quarter came from China with four points consumer confidence index increase to 108. “In China, the easing of food inflation over the past five months has significantly driven food prices down and adjustments to macro-economic policies have re-energized growth, particularly through more loans, which partly resulted in the four point confidence climb to an index of 108,” said Yan Xuan, President, Nielsen Greater China. 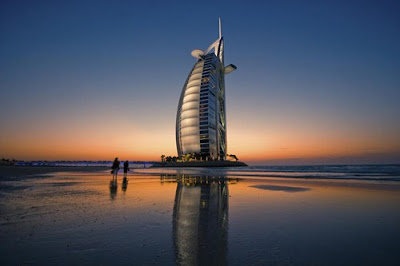 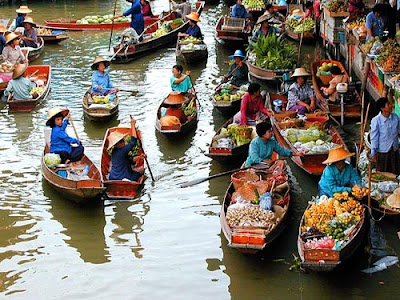 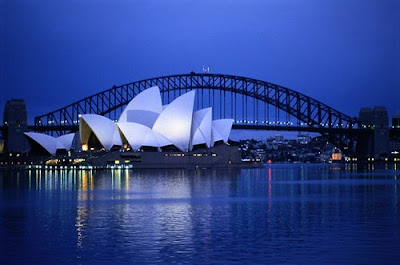 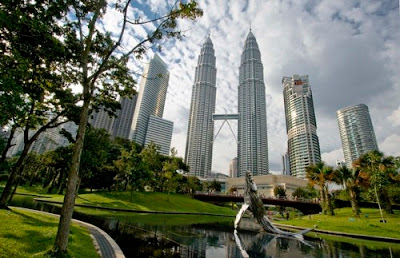 Insano - The tallest water slide on Earth is located inside Beach Park, a tourist complex in Fortaleza, Brazil, this 14-story water slide was built in 1989 and still holds the record as the tallest water slide which is listed in the Guinness Book of Records. It only takes a few seconds to slide down, plenty of time for your heart to end up in your throat. The highest of this water slide is 41 meters high. 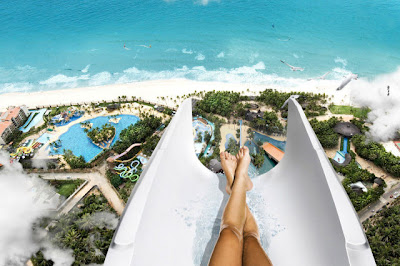 As a consequence of its height and slope, this water slide provides an extremely rapid descent - taking between four and five seconds - at a speed of 105 km/h. Because of these characteristics, the Insano is considered the most extreme of this type of equipment on the planet. At the end of the track, the Insano provides you with a relaxing dive into the swimming pool. If you are feeling bold and want to live life on the edge then give Insano a whirl... 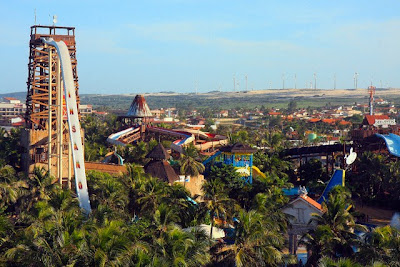 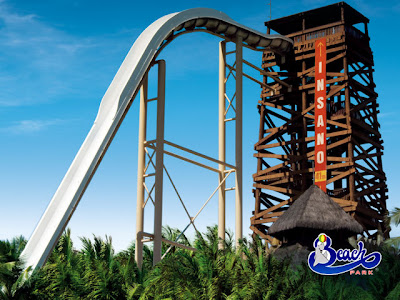 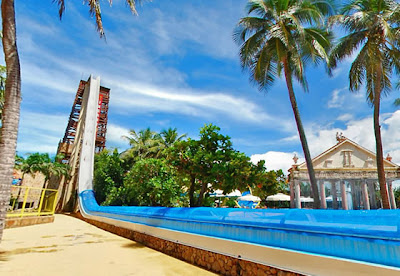 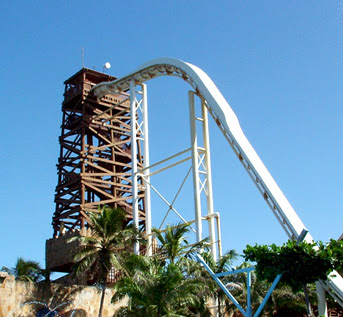 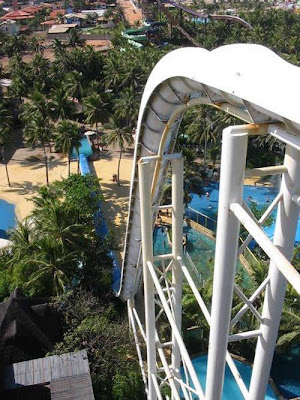 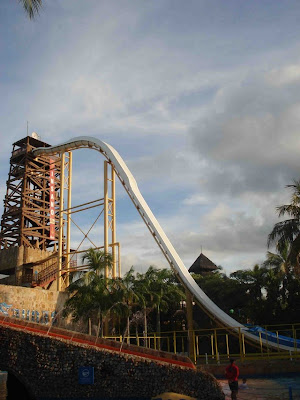 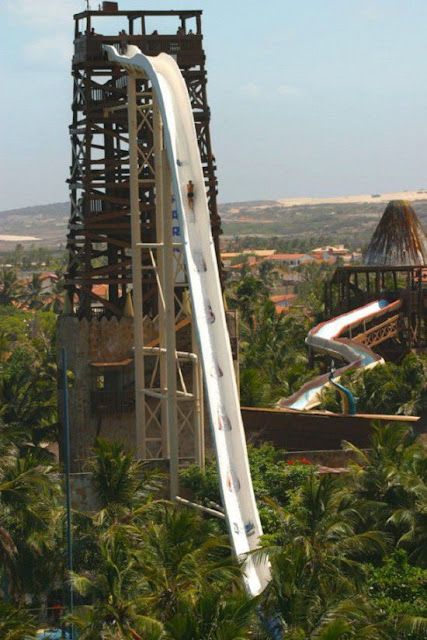 Earth Day is an annual day on which events are held worldwide to increase awareness and appreciation of the Earth's natural environment. Earth Day is now coordinated globally by the Earth Day Network, and is celebrated in more than 175 countries every year. In 2009, the United Nations designated April 22 as International Mother Earth Day. If you are lover of nature and wondering to give some contribution to this earth day, then here are few tips that you could do... 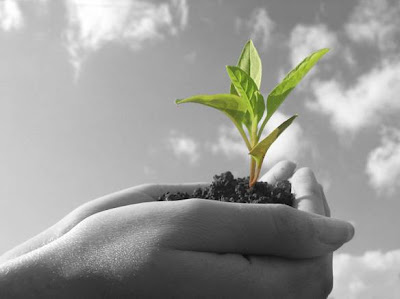 10. Spend a few minutes outside to decompress by taking three breaths. Be present to the sounds and sights the world has to offer be it your own backyard or nearby park.

9. Spend time in your garden truly appreciating the efforts you have put forth or visit your local farmer’s market to pick out your own fruits and vegetables. In either case, farm to table is kinder to the environment, as well as to your body and soul.

8. Take a walk in a different park or take a walk with a neighbor around your block. If you see any litter, pick it up to make the scenery even more enjoyable and then send good energy back out to the one so that they may think twice about their actions next time.

7. As the days get longer, turn off the lights and enjoy the natural lighting in your home. And of course, turn off when you leave.

6. Think per-cycling as well as re-cycling. Is there another option with less packaging? Can the item or packaging materials then be recycled? Make sure you know all the acceptable items your City will take.

4. Be thankful for the abundance of clean water available at your fingertips compared with so many across the world. Conserve your usage by taking shorter showers and turning off while doing the dishes or brushing your teeth.

3. Grab a blanket and or lawn chair and watch the clouds go by on sunny day. Do this with a child for added imagination and fun. Take in the warmth and be witness to the power of the sun.

2. Plant a tree in someone’s honor or memory.

1. Engage and attend a local Earth Day event in your community to connect with your neighbors, learn new ways or share your knowledge to help all of us be kinder to our environment through renewed and resourceful living!