Food plays an important role in our daily life. It helps us to live a stable and healthy life. But there an interesting facts in each and every food that we eat. Here we have compiled a list of 100 interesting food facts for you. If you have anymore food facts, then please leave a comment below. Now let's these a look at these facts... 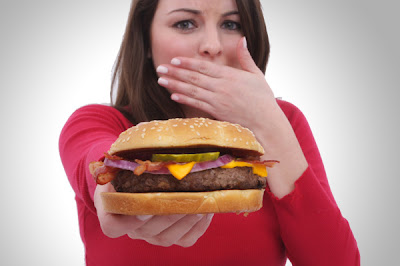 1. The fear of vegetables is called Lachanophobia.

2. French fries came from Belgium, but are most popular in the US.

3. 16 billion jelly beans are made for Easter. stacked end to end, the jelly beans would circle the globe nearly 3 times!

4. Before 1991 Twix Bars were internationally knows as 'Raider'.

5. Almonds are a member of the peach family.

6. Gorgonzola cheese dates back to the year 879!

7. Before Walkers owned Wotsits, they sold a rival known as Cheetos on the UK market.

9. There are more than 600 pasta shapes produced worldwide.

10. An average American will eat the equivalent of 28 pigs in their lifetime.

11. If you boil beetroots in water, and then massage the water into your scalp each night, it works as an effective cure for dandruff.

12. In the United States, lettuce is the second most popular fresh vegetable.

14. Grape growing is the largest food industry in the world as there are more than 60 species and 8000 varieties of grapes.

15. The average person eats eight pounds of grapes each year.

16. National Pigs-in-a-Blanket Day is celebrated on 24th April every year.

17. Baked beans are low in fat and have a lot of fibre and protein.

18. A survey showed 29 per cent of adults say they have been splashed or scalded by hot drinks while dunking biscuits.

20. A cluster of bananas id foremly called a 'hand'. Along that theme, a single banana is called a 'finger'.

22. Apples, pears, cherries and strawberries are all members of the rose family.

25. The word vegetable has no scientific definition, so it's still acceptable to call a tomato a vegetable.

26. In the Philippines, it is considered good luck if a coconut is cleanly split open without jagged edges.

27. Frank Mars invented the Snickers chocolate bar. He named it Snickers after his favourite horse.

29. Twinkies originally had banana flavoured filling, but switched to vanilla when World War 2 bought the banana trade to a halt.

30. When cranberries are ripe, they bounce like a rubber ball.

33. Ortharexia Nervosa is an eating disorder where the sufferer is obsessed with eating healthy food.

35. Haribo have been and are still mainly created in Germany.

37. The Kit Kat was originally made by Rowntree Limited, until 1988 when they were bought out by Nestle.

38. Dry swallowing one teaspoon of sugar can commonly cure hic-ups.

39. In Kentucky, it is illegal to carry an ice cream cone in your back pocket.

40. An average person will consume 12 pubic hairs in their fast food every year!

41. The fear of cooking is known as Mageirocophobia and is a recognised phobia.

42. In 2001, there were more than 300 banana-related accidents in Britain, most involving people slipping on skins.

43. The tea bag was introduced in 1908 by Thomas Sullivan of New York.

45. If you want to speed up the ripening of a pineapple, so that you can eat it faster, then you can do it by standing it upside down (on the leafy end).

47. Worcestershire sauce is made from dissolved fish.

48. Arachibutyrophobia is the fear of peanut butter sticking to the roof of the mouth.

50. Hundreds and Thousands (Sprinkles, Nonpareils, Jimmies) are small round balls of brightly coloured sugar used as decorations on cakes, cookies, trifles and other desserts. Their use dates back at least to the early 19th century.

51. Many mass produced ice creams have seaweed in them.

52. Peanuts can be used for a component to make Dynamite.

54. The largest item on any menu in the world is the roast camel.

57. Gummy Bears are only 79 millimetres long in length.

58. In South Africa, termites and ants are often roasted and eaten by the handful, like popcorn.

61. Chocolate can kill dogs; it directly affects their heart and nervous system.

62. The '57' on the Heinz ketchup bottle represents the number of pickle types the company once had.

64. Geomelophagia is someone who has the urge to eat raw potatoes.

66. Egg yolks are one of the few foods that naturally contain Vitamin D.

67. Alliumphobia is the fear of garlic.

68. A row of corn always has an even number.

71. The world’s oldest chocolates are 106 years old. A tin of chocolates from the coronation of King Edward VII from 1902.

74. The ancient Greeks chewed a gum-like substance called mastic that came from the bark of a tree.

77. Until well into the sixteenth century, bacon was a Middle English term used to refer to all pork in general.

78. Yorkie Chocolate Bars are not for girls!

79. Turnips are high in fibre, Vitamin C, Calcium and Potassium.

80. Eating a lot of beetroot turns your pee into a pink colour.

81. Biting a wooden spoon whilst chopping an onion will stop your eyes from watering.

83. Sugar is the only taste that humans are born craving.

84. Lettuce is a member of the sunflower family.

86. Blueberries are a good source of Vitamin C and fibre.

87. The Swiss eat the most chocolate. Then the English.

88. The Bourbon was introduced in 1910 originally under the name Creola.

90. Peaches are the third most popular fruit grown in America.

91. In America, anchovies always rank last on the list of favourite toppings.

93. Honeybee workers must visit 2 million flowers to make one pound of honey.

94. We eat 300 million portions of fish and chips in Britain each year.

96. In 15th century France, chocolate could only be eaten by members of the royal court.

99. The world average of the amount of meat eaten per year is: 173 lbs per person.

100. Canadian neurosurgeon Dr. Wilder Penfield, while operating on epilepsy patients, discovered the 'Toast Centre' of the human brain, which is wholly dedicated to detecting when toast is burning!

Top 9 Most Desolate Hotels in the World

A hotel is an establishment that provides lodging paid on a short-term basis. People in this 21st century stay in hotel to have a break from their busy lifestyle. So, to help you out we have highlighted some of the most secluded hotel hideaways where you can completely disconnect from your busy life. These hotels have minimal contact with the outside world. Let's take a look at the hotels in alphabetical order... 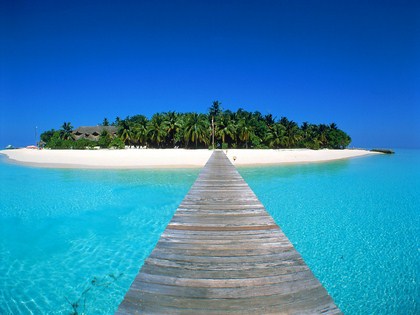 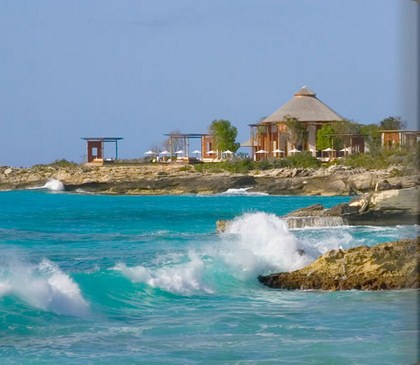 The Turks & Caicos islands were late bloomers in the Caribbean tourism industry, so you’ll find no high-rise hotels here. 40 timber-shingle pavilions sprinkle the “peaceful place,” property, with No. 115 having access to its own beach cove. Visit the Serenity Villa wellness facility for a lesson in the latest holistic healing practices, ensuring a flu-less, healthy life. 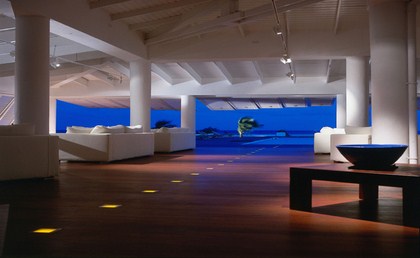 Just north of Antigua, this island doubling as a bird sanctuary, remains relatively unpopulated (and is the least developed Caribbean island). “Service Ambassadors” tend to guests staying in 21 guest rooms, each with their own private terrace. With no TVs, phones, radios or clocks, flu-filled news won’t distract you. That’s what the pink sand beaches are for. 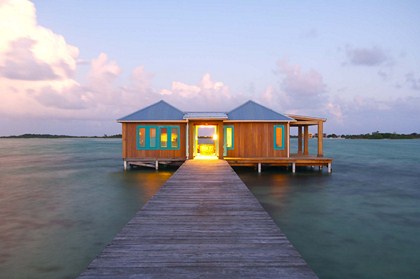 Just off the coast of Belize, this 96-acre mini island offers only five beachfront “casas,” each with their own private dock. The super luxurious sixth suite, Casa Ventanas, is an over-the-water private house with floor-to-ceiling glass windows. With the second largest barrier reef directly in front of you, you’ll find no problem staying busy with water activities. 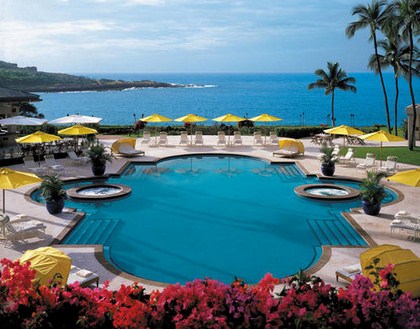 Although a Hawaiian island may not seem like the most remote hotel spot, the “untouched island playground” of Lanai off the coast of Maui really is. With 98% of the island privately owned, tourism has been curbed and the coastline and highland forest have remained virtually unspoiled. Mahalo to this. 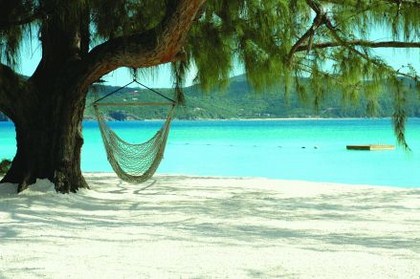 Why rent just one villa on a private island when you can rent the entire 850-acre island? Guana Island’s hillside villas feature their own terraces, infinity pools, hot tubs and views of three bays. Afternoons can be spent exploring six secluded beaches and for guaranteed desolation, simply request a private picnic. 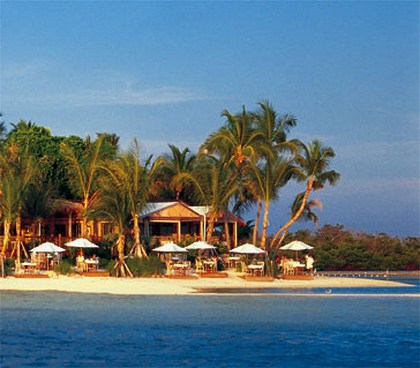 This 6-acre “private island paradise” 120-miles south of Miami, is accessible only by boat or seaplane. Thatched-roof bungalow suites, each with their own private veranda, are spread out on the island’s perimeter. Guests must be at least 16 years old, so flu-prone children are a needless concern. 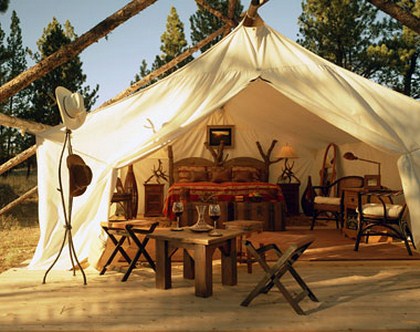 Set in the Montana countryside, Paw’s Up is a uniquely remote, rustic property. Choose to “glamp” (glamorous camping) at Tent City or River Camp in super luxurious, spacious tents—complete with lush bed linens, art and electricity. Your only neighbors are the animals (swine excluded) of the 1 million acre-large Glacier National Park. Desolation at is finest. 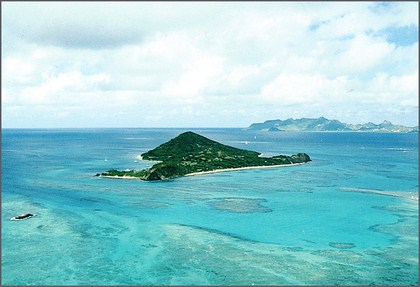 This private island is super petit (only 113 acres) but is grand on its dedication to privacy. The 22 stone-built cottages are so spread apart that a flag signaling system has been set up in lieu of telephones: hoisting a yellow flag up alerts hotel staff members, while a red flag indicates “Do Not Disturb”. 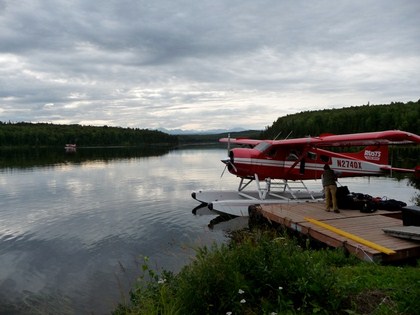 Located 200 miles northwest of Anchorage, this lodge is so extremely remote that it’s only accessible via air taxi - float planes during summer; ski planes during winter. Out-camp adventures to explore the lodge’s “vast and intriguing neighborhood” include glacier trekking, wildlife viewing, white-river rafting and sport fishing.